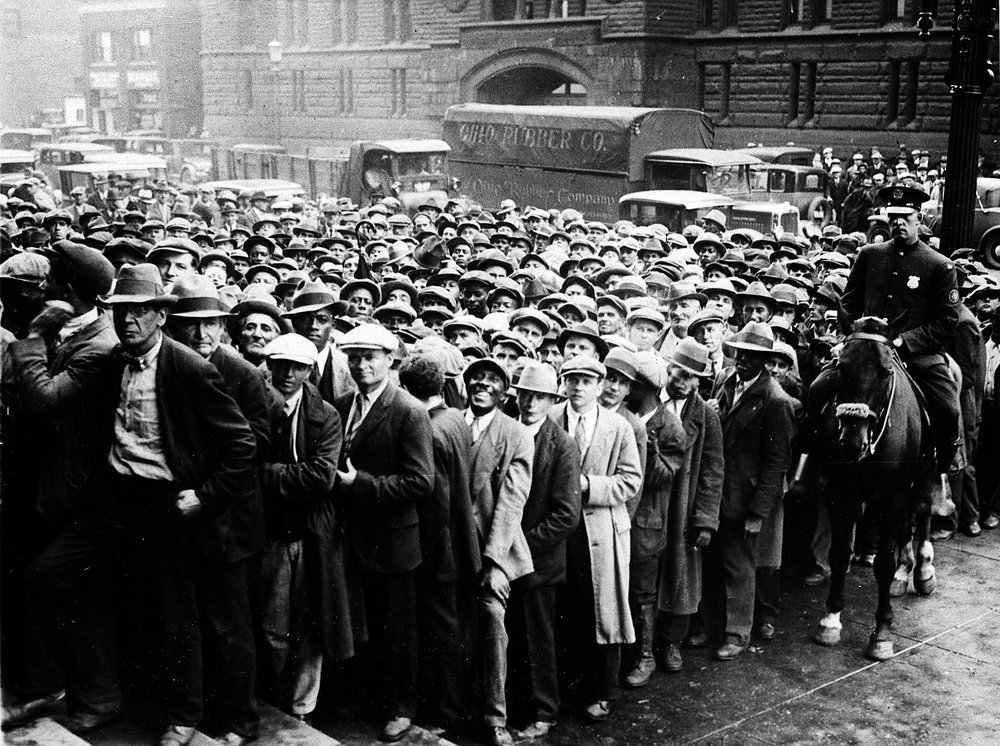 WASHINGTON D.C: The streets were on fire as National Guard troops streamed into American cities. The shouts were soaked in anger and anguish: “We’re sick of it!”

There was a dark talk of “radical agitators.” Violent outbursts and arrests piled up across the republic. The White House issued martial statements about law and order. On TV, footage of unrest and anger played on a continuous loop.

The voice from mission control was cool and calm as the rocket soared into the sky and towards space. “Stage One propulsion is nominal.”

For Americans of a certain age — and for those mindful of the past — it is impossible to ignore the similarities between these past few days and some of the more unsettling moments from the 1960s. In particular 1968, a year marred by assassinations and violent social unrest.

And there are reasons to believe that 2020, not yet half done, may even surpass 1968 as one of American history’s most powerful social and political flashpoints.

From an impeachment trial to a devastating pandemic, from galloping unemployment to George Floyd’s death at the hands of Minneapolis police, all the threads are there, flowing together into a raging, muddied river that serves up unimaginable challenges.

“All these things are being woven together,” says historian Thurston Clarke, author of “The Last Campaign,” which chronicles Robert F. Kennedy’s 1968 presidential campaign and assassination on June 6 of that year.

“It’s like an anti-hit parade, a convergence of the greatest catastrophes of the past 100 years or so, all hitting us at once,” Clarke says. “And with what hope?”

In the morass that is 2020, history’s ghosts from an assortment of American eras have resurfaced:

— From 1918, when a pandemic’s first wave ravaged, ebbed and then gave way to a more powerful second wave.

— From 1930, when an economic crash revealed its longer-term effects on American citizens in the form of the Great Depression.

— From 1974, and the governmental disarray that preceded Richard M. Nixon’s resignation, echoed in January and February with the impeachment trial of President Donald Trump.

— From 1992, and its images of Los Angeles burning after the acquittal of four police officers in the beating of Rodney King.

Perhaps the most uncomfortable era to summon for comparison is the one no one really wants to talk about: 1860 when the final pieces of polarization fell into place for what would be a cataclysmic Civil War.

Slavery, America’s greatest historical shame, was the flashpoint then. Today, it is police brutality against black people, a descendant of that awful legacy. Then, as now, there was a deep economic disparity and a debate between individual rights and the common good. Different visions of American life. Different sets of facts and ever-hazier notions of truth.

“What’s fundamentally common for all of these things in our history is a lack of agreement of what reality is — a lack of agreement about facts, about causes,” says U.S. historian John Baick of Western New England University. “When we can’t agree on basic truth, we reach our greatest periods of the divide.”

Now, we also must navigate a social media landscape overloaded with instantly uploaded imagery to persuade and provoke — an echo chamber full of lighter fluid that itself is a subject of national contention, thanks in part to the president.

He sees parallels between today and the Reconstruction period that immediately followed the Civil War, when African Americans — coming off a war that, on paper, rebooted American society for them — were confronted with the realities of life in the postwar United States.

“You had the premise that `I’m free, but I walk the streets in psychological terror,’” says Gooding, an associate professor of African American studies at Texas Christian University.

“There really is nothing new under the sun here about the fundamental structure of our society and the way it behaves,” Gooding says. “The cycle is starting to repeat. There’s an outrage, it flares up, there’s new understanding, things are put in place, and then it rears its head again.”

But right here, right now, 1968 seems the most relevant touchpoint of all.

In this April 5, 1968 file photo, buildings burn along H Street in the northeast section of Washington, set afire during a day of demonstrations and rioting in reaction to the assassination of Dr. Martin Luther King Jr. Photo: AP/Charles Gorry/File

Then, it was politics and economics and race — the death of the Rev. Martin Luther King Jr. in particular — with the backdrop of the Vietnam War, a long-running national cataclysm that was killing many thousands of Americans.

Now, it is politics and economics and race — the death of George Floyd in particular — with the backdrop of the pandemic, a long-running national cataclysm that is killing many thousands of Americans.

There are key differences, of course. The power structures have evolved and to some extent are more inclusive, though nowhere near where many hoped they’d be.

One example: Chicago, where in 1968 Mayor Richard J. Daley decried the protests at the Democratic National Convention and pushed the aggressive policing that helped make that a national flashpoint. Today, the mayor is Lori Lightfoot, an African American woman and first openly gay person to hold the office.

Perhaps the most striking difference is the one that may be fueling the fires of anger across the land: Now, unlike any other moment in history, protesters in one place can, with a device in their pockets, see and hear what’s happening elsewhere and match or surpass it in real-time.

Is this period — what one Minneapolis resident called “a volcano finally erupting after years of simmering” — a singular moment in American life? It’s hard to declare that from within, but it certainly has most of the convulsive themes that have driven and riven U.S. history since its beginnings.

Will people gathering and colliding in the most aggressive of fashions — shouting in each other’s faces in the era of the coronavirus — create repercussions we can’t even consider? “This can be kind of a tinderbox for COVID,” protester Rosa Jimenez Cano said in Miami.

On Saturday afternoon, the SpaceX rocket streaked into the sky from Cape Canaveral, summoning an American moment of pride, control and expert accomplishment. And like those Apollo missions in the late 1960s and early 1970s, it left a troubled planet behind. “Congratulations to the Astronauts that left Earth today,” actor and comedian Andy Milonakis tweeted. “Good choice.”