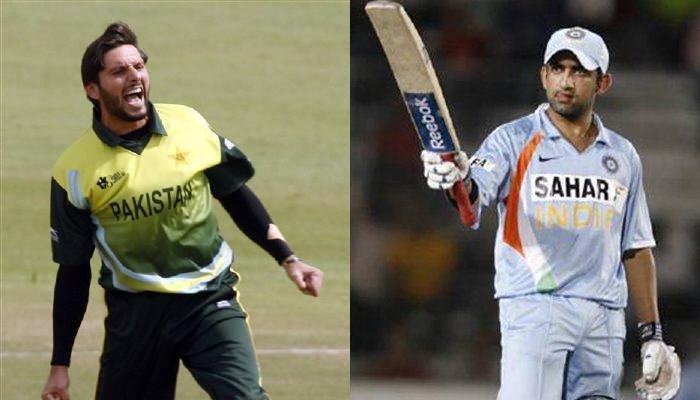 Gambhir is now a lawmaker in the Indian parliament, while Afridi has his own foundation and is a vocal activist.

Waqar advised the pair to “calm down” in an online chat show.

“The banter between Gautam Gambhir and Shahid Afridi has been going on for a while now. I think they both got to be smart, sensible, and calm down,” said Waqar.

“It has been going on for way too long. My advice to them is to maybe catch up somewhere around the world and talk it out if you cannot really calm it down.”

India and Pakistan have not played a series since 2012-2013 and have hit a new peak in tensions over Kashmir, which they have fought over since their independence in 1947.

India frequently accuses Pakistan of organising militant attacks in the sector of the Himalayan region that it administers.

Waqar, 48, said a cricket series would boost relations between the arch-rival neighbours.

“I think that it would be the biggest hit of the world,” said Waqar. “I think Pakistan [and] India should play, and should play on a regular basis to avoid depriving cricket lovers.”