Trees are becoming Shorter and Younger due to Climate Change

Researchers led by the U.S. Department of Energy’s Pacific Northwest National Laboratory found that rising temperatures and carbon dioxide have been altering the world’s forests through increased stress and carbon dioxide fertilization and through increasing the frequency and severity of disturbances such as wildfire, drought, wind damage and other natural enemies.  Combined with forest harvest, the Earth has witnessed a dramatic decrease in the age and stature of forests.

Climate change and deforestation are leading to more trees dying and fewer old-growth forests that are vital to removing carbon dioxide from the air https://t.co/SMdGO8n0o0 via @bobbymagill pic.twitter.com/LS4DH7UQNT

“This trend is likely to continue with climate warming,” said Nate McDowell, a PNNL Earth scientist and the study’s lead author. “A future planet with fewer large, old forests will be very different than what we have grown accustomed to. Older forests often host much higher biodiversity than young forests and they store more carbon than young forests.”

Combined with forest harvesting by humans, the Earth has witnessed a dramatic decrease in the age and stature of forests. Conservatively, well over 30% of forests have been lost globally over the last 100 years. And this will continue because clear-cutting, temperatures, droughts and pests are increasing.

But though the changes vary regionally, the impact will be felt globally. Eighty per cent of Earth’s terrestrial land-based plant and animal species live in forests. Old growth forests tend to be highly biodiverse and are home to more endangered species. They also store massive amounts of carbon dioxide.

As the climate crisis becomes more severe, this trend will continue. Temperatures are rising, and climate disturbances like wildfires, droughts, and insect outbreaks are becoming more frequent and severe.

This creates a vicious feedback loop. When old trees die, they not only stop sequestering carbon. They also release all the carbon they’ve sequestered back into the atmosphere. Young forests that replace them are in turn more susceptible to forest fires, which unleash more carbon into the atmosphere. In short, global warming kills trees, and tree loss contributes global warming. There are ways to mitigate these losses, though.

“There are already active efforts in the forest community, such as the sustainable burning and thinning of trees out west, where ecosystems used to experience fires and now they don’t,” McDowell said. “Reintroducing fire in a healthy way can mitigate these big mortality events and these disturbance events. So there are solutions that are already being applied, but they’re not being applied at the scale they’re needed. Scaling that will be a global challenge.” 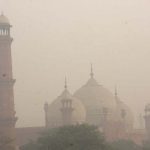