* It's basketball night in the small New Mexico town of Cayuga, which like the rest of the US is gripped with tales of Soviet infiltration and extra-terrestrial visitation 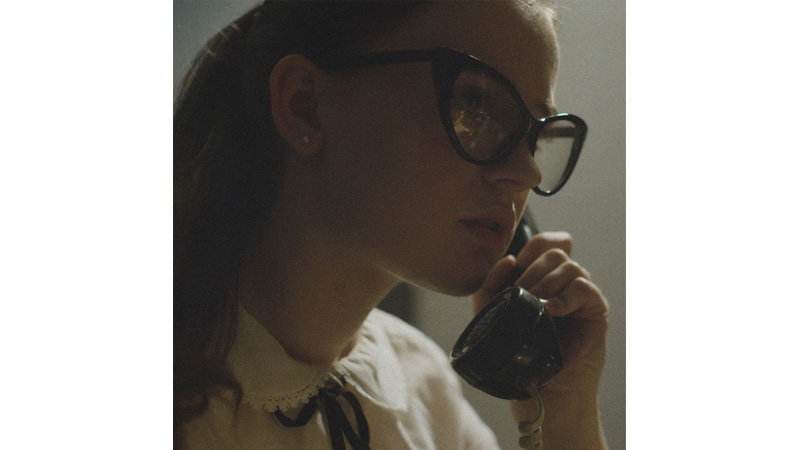 Director Andrew Patterson works low-budget wonders in his audacious feature debut, a 50s-set oddity that won the audience prize at last year’s Slamdance festival and was recently programmed for some socially distanced drive-in screenings in the US, doubtless adding a fittingly retro feel.

Paying homage to a bygone era of television serials and sci-fi B-movies, the eerie night-time action- which plays out in close to real time – is lent a cutting-edge modernity by carefully choreographed kinetic camerawork that takes the breath away. Yet for all its sinewy visual panache, this theatrically wordy drama is at heart a radio play with pictures, pitched somewhere between Orson Welles’s infamous The War of the Worlds broadcast of the 30s, and the Wolfman Jack backdrop to George Lucas’s nostalgic 60s throwback masterpiece American Graffiti.

It’s basketball night in the small New Mexico town of Cayuga, which like the rest of the US is gripped with tales of Soviet infiltration and extra-terrestrial visitation. Fast-talking, savvy teen Everett is helping to set up the game’s recording equipment before heading over to local station WOTW to present his radio show. Alongside him is Fay, a bespectacled science enthusiast who works at the telephone exchange and is eager to experiment with her newly acquired reel-to-reel recorder. At their respective places of work, both hear a strange thrumming noise that seems to break through the ether into the airwaves. Meanwhile, reports of “something in the skies” coincide with mysterious calls offering bizarre explanations for the disturbances. Is Cayuga the subject of a foreign invasion? What have the US government been hiding all these years? And are our young heroes on the brink of a close encounter?

Framed as an episode of a TV show called Paradox Theatre, a Rod Serling-style black-and-white series that invites viewers to enter ‘a realm between clandestine and forgotten’, The Vast of Night is filled with alienating devices that seem designed to keep the audience at a distance

Framed as an episode of a TV show called Paradox Theatre, a Rod Serling-style black-and-white series that invites viewers to enter “a realm between clandestine and forgotten”, The Vast of Night is filled with alienating devices that seem designed to keep the audience at a distance. Indeed the breathless opening sequence, in which the cinematographer Miguel I Littin-Menz’s camera chases our protagonists through halls, car parks and streets, occasionally threatens to lose us altogether – leaving us running to catch up with Everett and Fay, struggling to comprehend their rapid-fire conversation. Later, an audacious extended shot takes us all the way across town, brilliantly establishing the geography of this drama while simultaneously dazzling us with the sheer head-spinning logistics of its trajectory. 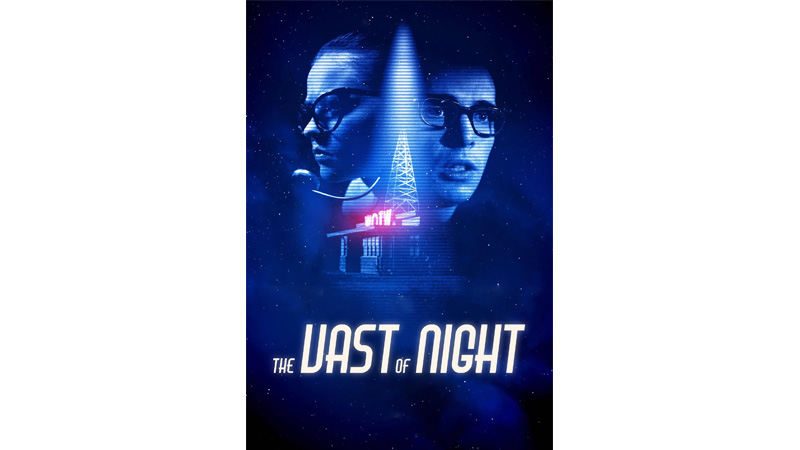 Yet it’s in the moments that the camera comes to a halt, or the film appears to close its eyes, that The Vast of Night casts its most mesmerising spell. Whether it’s Fay holding multiple conversations while operating the patch-board of the telephone exchange, or the enigmatic Mabel Blanche recounting her own story-within-the-story, Patterson and his talented crew know when to run, and when to just sit still.

Citing Yann Demange’s underrated Belfast thriller ’71 as an immersive inspiration, Patterson litters this increasingly dizzying mystery with playful nods to classic sci-fi chillers like Don Siegel’s 1956 Invasion of the Body Snatchers. Yet as with so many of its genre predecessors, beneath the surface lurks a socioeconomic subtext. It’s significant that the only people who seem to know what’s really going on in Cayuga are exactly the type that no one in this small-town world takes seriously: belittled women, African American men, callers to a late-night radio talkshow. And while ultra-confident Everett may be the man of the moment, achieving the velocity needed to escape his roots, it’s Fay who is clearly the smartest character on screen, although she dismisses the suggestion that she too could break free, clearly aware that opportunities are not equal.

At times, as key characters’ attempt to tune in to baffling recorded noises, I was reminded of Francis Ford Coppola’s The Conversation, a masterful exercise in overheard anxiety and projected paranoia. Like that film, The Vast of Night wants its audience to lean forward in their seats; to look that little bit deeper, listen just a little more closely. That a film with such an apparently familiar narrative can keep us this intrigued is a credit to the film-makers – particularly Patterson, from whom we should expect to hear much more in the future.