* 'I think that what you saw on television, to watch this man plead for his life,' Foxx said 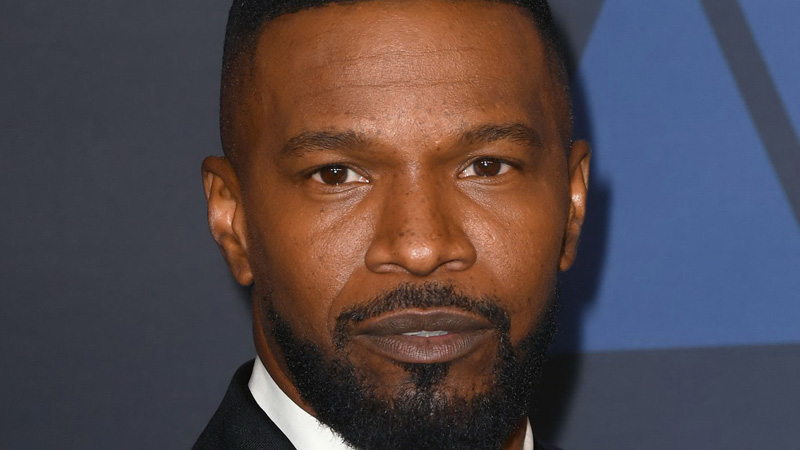 The death of George Floyd at the hands of the Minneapolis Police Department has sparked outrage across America-and some celebrities are taking to the streets to participate in protest.

At a Minneapolis press conference on Friday, May 29, actor Jamie Foxx spoke to the crowd.

“I think that what you saw on television, to watch this man plead for his life,” Foxx said. “As I sit with my two daughters, my nephews .. what it does is, it over-complicates everything as a black man trying to tell his son or his daughter how to function in life. Even the things that we’ve taught them don’t seem to work.”

Nick Cannon was also on location in Minneapolis, taking to Instagram with a photo holding a poster that reads “Justice for Floyd.”

Although the officer who was filmed kneeling on Floyd’s neck, Derek Chauvin, has been fired, arrested and charged with murder, many continue to protest for the arrest of the three other involved officers – and the history of racial injustice in America.

Nick Cannon was also on location in Minneapolis, taking to Instagram with a photo holding a poster that reads ‘Justice for Floyd’

Real Housewives of Atlanta star Porsha Williams took to the streets of Atlanta to join a Black Lives Matter protest, sharing photos and videos as she marched and chanted in solidarity. Singer Tinashe also shared her day of protest, stepping into Downtown Los Angeles with a Black Lives Matter sign in hand, taking both to the streets and the freeway.

In her stories, she posted shots of protesters climbing the divider of a freeway. She also shared photos from the intersection of 5th Street and Grand Avenue, showing a heavy presence of police in riot gear.

On Twitter, Tinashe explained her participation in the movement. “The protest I participated in yesterday in DTLA was non violent,” she wrote. “We were there to protest police brutality and black lives, period.”

On Saturday, more demonstrations continued throughout the U.S. Insecure star Kendrick Sampson was among hundreds who gathered in Los Angeles as part of a protest organized by Black Lives Matter Los Angeles and Build Power.

Other celebrities that were spotted protesting include Michael B. Jordan, J Cole, Halsey, Yungblud and The Bachelorette star Rachel Lindsay.