Pakistan witnesses another surge in COVID-19 cases as tally soars to 70,911 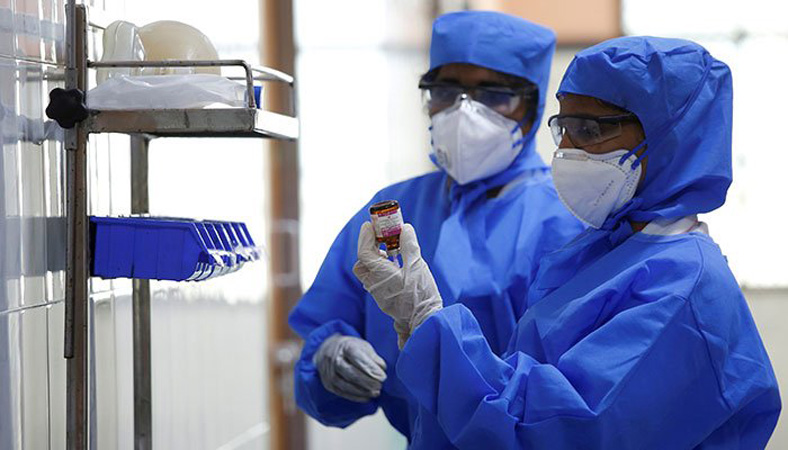 The virus has claimed at least 1,519 lives, while about 25,271 coronavirus patients have recovered.

Also, Pakistan confirmed 88 more deaths from novel coronavirus during last 24 hours. According to the National Command and Operation Centre (NCOC), more than 3,000 new coronavirus cases surfaced during the past 24 hours.

Sindh remains the worst-hit province by the pandemic followed by Punjab, Khyber Pakhtunkhwa and Balochistan. Furthermore, 473 individuals have lost their lives to the epidemic in KP, 475 in Punjab, 481 in Sindh, 46 in Balochistan, 27 in Islamabad and 11 in Gilgit-Baltistan. Punjab reported 952 new cases of the novel coronavirus, taking the provincial tally to 25,056.

Moreover, the province also saw a record jump in the number of fatalities due to the virus, with 36 more deaths reported in the last 24 hours, according to the provincial primary and secondary healthcare department.

The latest figure raises the death toll in the province to 475.

Likewise, as many as 885 new cases of COVID-19 have been confirmed in Sindh over the past 24 hours, raising the tally of infections to 28,245 across the province.

In a statement on the coronavirus situation, Sindh Chief Minister Murad Ali Shah said 885 new infections were detected when 4,100 tests were conducted. Sixteen more people died from the disease in the past 24 hours, taking the number of fatalities 481 in the province, he added. A total of 180,803 tests have been conducted in the province, the CM disclosed. He said 334 patients are in critical condition, of them 62 are on ventilators. He said 553 more people recuperated from the disease and were discharged to their respective homes as the number of people defeating the deadly virus has surged to 13,810.

The Khyber Pakhtunkhwa health department confirmed 20 more casualties due to COVID-19 in the past 24 hours to bring the provincial death toll to 473.

Eight deaths were reported from Peshawar, four from Swat, two from Haripur, and one each in Mardan, DI Khan, Dir Upper & Lower, Battagram and Bajaur.

Also, 2,912 patients have recovered while 61,970 total tests have been conducted in the province so far. Giving the breakdown, the department said that eight people died in Peshawar, four in Swat, two in Haripur, one each in Mardan, DI Khan, Dir Upper & Lower, Battagram, Bajaur. A doctor was among those who had passed away on Sunday. Dr Aurangzeb was a pathologist at the Police Services Hospital in Peshawar and was undergoing treatment in the Hayatabad Medical Complex ICU for past three days. Also, the Khyber Pakhtunkhwa House Islamabad has been sealed as five employees tested positive for the coronavirus, said the guesthouse’s spokesperson. The infected employees include security staff and drivers of KP Governor Shah Farman, he added. The guesthouse has been sealed indefinitely and is closed to all guests and visitors, including public officials and citizens. Only essential staff is present at KP House Islamabad.