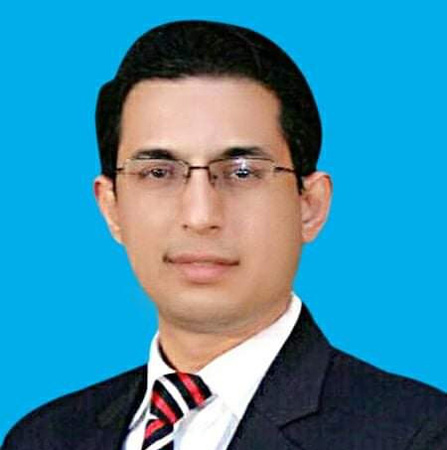 Seven tribal agencies in the north west of the country were merged in the Khyber Paktunkhawa province through the 25th constitutional amendment in 2018. It was a historic move to bring the tribal folks into the mainstream of national life. Before this FATA had special status through article 247 of the constitution. The laws passed by parliament had no application on these areas. The elders of these tribal areas consented to join Pakistan in 1947 in lieu of being governed through Frontier Crimes Regulations (FCR) 1901 and their Rewajj. This choice deeply influenced the fate of these people in days to come. Whereas the country undertook to advance through an organized system of governance and state laws ex-FATA remained detached and isolated from state influence. One very significant aspect was the criminal justice system in the area. The council of elders (Jirga) supported by the FCR became the code of law to govern the affairs. There may come many theories to support the efficacy of Paktunwalli code in the affairs of tribal folks but the net outcome remained disappointing. The tribal areas administered in the name of Federal Government through the Governor and by the Political Agent couldn’t sufficiently lay their firm grip in the socioeconomic life of the inhabitants. Resultantly as the history witnessed the area gradually turned into a safe havens for terrorists, criminals and smugglers. The porous pak-afghan border further supported to continue the nefarious activities on both sides of the border. Detached from the administrative model of rest of the country ex-FATA encountered a host of problems whose heavy price the coming generations of tribal people paid. Largely it has been the outcome of a crumbling traditional criminal justice system of colonial times introduced since 1901. The individual corruption and injustices of the jirga members as well as the unholy combination of executive and judicial authority in political agents have been primarily responsible for leading towards chaos. Since the life and liberties of the local tribes remained out of focus from the national media many untold tales of human sufferings can’t be overlooked. Undoubtedly the situation owes to the absence of an organized criminal justice system developed on modern lines in ex-FATA.

Now after a history of neglect spanning more than a century the area is experiencing the taste of direct provincial control. An outstanding package of Rs1000 billion(100 Billion yearly for 10 years) has been promised. This includes an impressive figure of Rs14 billion allocated only for the development of judicial system in the newly merged districts (NMDs) of the Paktunkhawa province. In the first two years of his tenure Prime Minister Imran Khan has been the first prime minister to visit all the seven NMDs. The stage is all set for a take off to progress keeping the commitments of both federal and provincial government in view. This journey to success will only reach its destination once the historic wrongs and strategic blunders committed are not repeated. A strong and an effective criminal justice system should be the prelude to socioeconomic development. Writ of the state through rule of law and responsible state institutions must precede any industrialization and trade activities in the area. Here the government of KP has the opportunity to extend an improved version of its reformed policing model to the far and wide of NMDs. Tribal folks must look towards Police Station as the embodiment of tribal values instead of beaten Thana Culture. We must honestly acknowledge that today getting justice is an unaffordable expense for the poor masses. It takes an expensive cycle to get a bail application admitted through the court of law or to get justice in a complete court trial. Hence Dispute resolution Councils should be introduced in matters relating to non bailable offences in order to avoid unnecessary expense. Criminal assistance desk should be established at each police station to provide free legal aid at state expense in matters relating to human rights abuse. Under the given scenario the contribution of prosecution department, judiciary and legal fraternity is very important. We must not forget the inherent limitations of our brother folks in dealing with state institutions. In order to make the criminal justice system successful in NMDs adequate provision of resources and nuisance free administration of justice should be guaranteed.

The seven Newly Merged Districts need the focused and continuous attention of the state machinery more than ever before. After the cleansing of extremist phenomenon, the local population needs to be conjointly supported by a strong sense of security delivered through state institutions. It is the first and the profound impression of the writ of the state to take its shape in view of the age old and worn out traditions which have given nothing to the people other than chaos. Apart from the multifaceted development package that the government has promised to deliver to the tribal folks a more efficient administrative state structure is required to ensure the impact of development to the people. Social order will have to be the cradle of any development plan. The area is heavily weaponised. Tribal feuds, group rivalries, narco trade, smuggling interests and a serious quantum of organized crime in the area are no less then hidden landmines that can ravish the development efforts. Those who flourished at the cost FATA’s backwardness would never like to see the system of governance taking its shape. Sabotage activities as had been done in past by the rival groups must be anticipated and a counter strategy to deal with these should also be on the cards. The panacea lies with effective criminal justice system having a purely civil face to deal with it. Since armed forces have wiped out the more radical extremist elements in the area, a fine social surgery of the ailments can be qualitatively done only through efficient policing. This would primarily require recruiting, equipping and training police in the light of given challenges. Though 28000 Levies, Khasadaars have been merged with KP Police and given quick promotions, the promised new breed of 45000 police personnel for the 25 police stations in NMDs should be raised at the earliest. Likewise provision of new court rooms, district court premises, prosecution department offices, facilitation in medico legal matters should also be made available. These upgraded facilities will strengthen the faith of tribal folks in this new system instead of the traditional one. It is indeed a journey in nation making and care for those fellow nationals who have faced a long neglect at our hands. With the same government in power at the Federal and Provincial level local folks have pinched high hopes for historic changes to take place in NMDs.