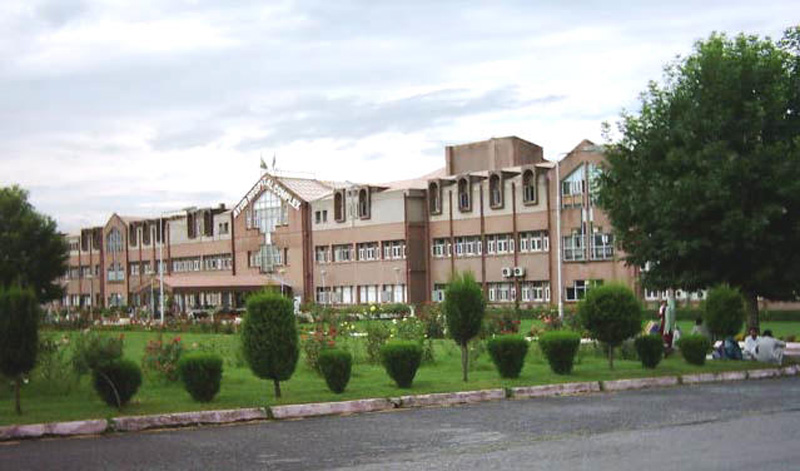 Due to shortage and non-provision of consumables used for PCR machine, the newly established laboratory at Ayub Teaching Hospital (ATH) has stopped testing COVID-19 patients from last one weak, causing pendency of large number of tests.

Source while requesting anonymity told that pendency of COVID-19 tests have been increasing day by day in ATH where PDMA has provided PCR machine after Director General Health services Khyber Pakhtunkhwa notification on 21.4.2020 which has authorized Abbottabad public health laboratory based at Ayub teaching hospital to conduct independent testing of patients with COVID-19 & generate its own lab reports. It was learnt that PDMA has not provided any agreement with any contractor for repair or maintenance while the limited consumables provided including kits used in the PCR for COVID-19 testing have been utilized. Hospital Director ATH has also requested provincial health department for provision of said kits at earliest but no action has been taken so far. ” No laboratory testing have been made since May 26th due to the non-provision of consumables which has created backlog” source informed adding that this problem has also caused problem in Swat & D.I Khan as well in Khyber Pakhtunkhwa.

Source further told manual testing facility has been generated in ATH whereas automatic PCR can save the health care professionals working in the laboratory. The staff on duty in manual PCR system were exposed at stage of extraction manually, wash & mix process manually before reading by PCR . In complete automatic PCR machines all these three stages are done by the machine in closed chamber, he added. Medical Director Dr. Ahsan Aurangezeb has confirmed that they were not having auto extractor along with PCR machine, therefore they have been extracting manually. Head of Pathology Department AMTI Professor Dr, Naeema Afzal also confirming the installation of PCR machine without automatic extraction in ATH told that they have been following the infection control guidelines of WHO. She told that minimum people have been involved with strictly observing of properly isolation & quarantine protocols.

Media manager ATH when contacted for official view told that due to some system error the machine has been stopped working. She told that team is working on it and hopefully will be sorted out at evening.