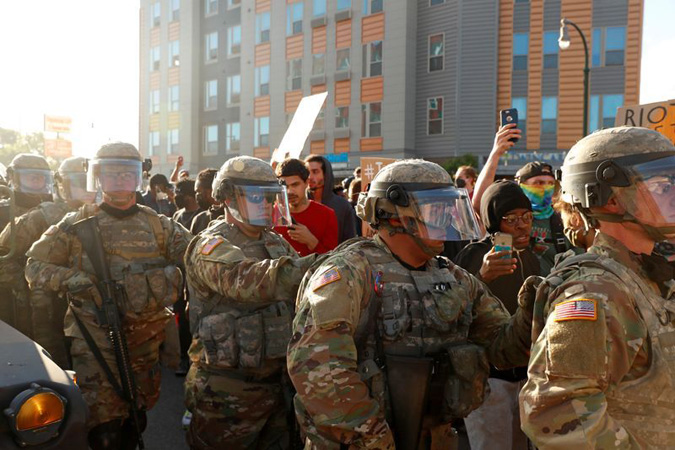 Shaken and angry, Minneapolis‘ telegenic young mayor stood in front of television cameras over and over this week – first to decry the police killing of George Floyd, and on Friday to impose a curfew as parts of his city burned in ongoing protests.

Disturbing footage showing a Minneapolis law enforcement officer pressing his knee into Floyd’s neck and the ensuing unrest after the 46-year-old’s death have drawn international attention to Mayor Jacob Frey, a 38-year-old attorney and former professional athlete who ran for office on a platform of reforming the police.

“Being black in America should not be a death sentence,” Frey declared at a news conference after Floyd’s killing, and called openly for the arrest of the officer involved, Derek Chauvin. He fired all four officers who had been at the scene as Floyd repeatedly cried out that he could not breathe, and Chauvin was charged Friday with third degree murder.

A former civil rights and employment attorney, Frey’s political future may hinge on his handling of Floyd’s death and its violent aftermath, which have followed the coronavirus pandemic that shut down his city for two months.

Frey grew up in Virginia near Washington, D.C., but fell in love with Minneapolis when running a marathon there, his official website said. He moved to Minneapolis after receiving his law degree from Villanova University near Philadelphia in 2009.

After four years on the city council, he became mayor in 2018, taking over a city that despite a longstanding liberal reputation had been wracked by high-profile cases of police shootings – the death of Jamar Clark, a black man, in 2015, and the death of Justine Ruszczyk, a white woman, in 2017.

Frey had vowed to reform the police department, and had won awards for his civil rights work in Minneapolis, a rapidly changing city where the black or African-American population grew by 36% or 95,000 people from 2010 to 2018, the Minnesota state website shows.

But by this week’s end, with the smell of burned plastic and building materials wafting through the city, Frey’s credibility was “understandably at a low point in communities of color,” the Minneapolis Star-Tribune’s editorial board wrote.

David Schultz, a professor of political science at Hamline University in St. Paul, said Frey is leading a city that, while politically mostly liberal, is divided among affluent white areas and poorer, mostly black areas that did not benefit as much from the region’s booming economy.

Taking over a city that before coronavirus had a miniscule unemployment rate, Frey has now been doubly challenged, Schultz said. His ability to bring the city back both from the devastating virus shutdown and Floyd’s death and its aftermath, will be crucial to his mayoralty, as well as any future political ambitions, Schultz said.

“He has to come out of this addressing not only the disparity but now addressing the destruction,” said Schultz.

On Friday, Frey became a target of Republican President Donald Trump, who called him “weak” for not quelling the unrest that included people breaking into stores and the burning of a police station. Trump has attacked Frey before, calling him a “radical left” Democrat on Twitter last October.

“Donald Trump knows nothing about the strength of Minneapolis,” Frey said Friday. “We are strong as hell.”