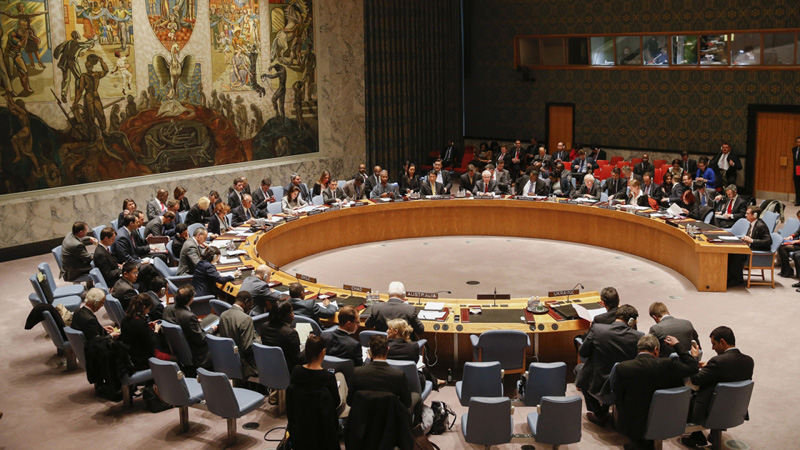 Pakistan has once again reminded the United Nations Security Council (UNSC) to play its primary role for maintenance of peace and security by urging India to stop extra-judicial killings of Kashmiris and end continuous military crackdown and unprecedented restrictions in the occupied valley of Kashmir.

Foreign Minister Shah Mahmood Qureshi, in another comprehensive communication to the president of UN Security Council and the UN Secretary General, has apprised them of the latest situation in Indian-occupied Jammu and Kashmir, according to a press release issued by the Foreign Office here.

In his letter, the foreign minister drew attention towards the newly notified ‘Jammu & Kashmir Reorganization Order 2020’ and ‘Jammu & Kashmir Grant of Domicile Certificate Rules 2020′, aimed at changing the demographic structure of the occupied valley. It has been underscored that these actions are illegal and in violation of the UNSC resolutions and international law, in particular the 4th Geneva Convention.

As part of Pakistan’s active diplomatic outreach and taking up the Jammu and Kashmir dispute at all international fora, the foreign minister has kept the UN Security Council fully apprised of the evolving situation in the valley and urged the council to play its role in the maintenance of peace and security.

Since India’s illegal and unilateral actions of August 5, 2019, the Jammu & Kashmir dispute has been taken up in the Security Council on three different occasions. The foreign minister highlighted India’s opportunistic exploitation of the ongoing Covid-19 pandemic to further intensify its military crackdown in Held Kashmir. While conveying serious concerns over India’s state-terrorism in the occupied valley, the foreign minister rejected Indian efforts to undermine the indigenous struggle of the Kashmiri people against illegal Indian occupation and brutalization of Kashmiris by terming it as ‘terrorism’.

Foreign Minister Qureshi also conveyed Pakistan’s concern over the continued ceasefire violations at the Line of Control (LoC) and the Working Boundary (WB) and deliberate targeting of innocent civilians by the Indian occupation forces. Rejecting the baseless Indian allegations of so-called ‘launch pads’ of ‘infiltrators’, the foreign minister reiterated Pakistan’s offer to the UN Military Observer Group in India and Pakistan (UNMOGIP) to visit the alleged sites to confirm the veracity of unfounded Indian allegations. He underlined that the real Indian motive behind blaming Pakistan was to create a pretext for a false flag operation, about which Pakistan has been forewarning the international community.

The foreign minister separately spoke to UN Secretary General Antonio Guterres on May 22, 2020, and briefed him in detail on the worsening situation in Indian-held Kashmir as well as regional peace and security. He urged the UN chief to play their role in preventing any escalation and facilitating peaceful resolution of the Jammu and Kashmir dispute.

In occupied Kashmir, the inhumane lockdown imposed by RSS-backed Narendra Modi-led fascist government on August 05 last year, when it revoked the special status of the territory, has completed 300 days. During this period, the Indian troops have martyred 134 Kashmiris including four women. At least 1,299 people were critically injured due to the use of brute force including firing of bullets, pellets and teargas shells by Indian military, paramilitary and police personnel on peaceful demonstrators.