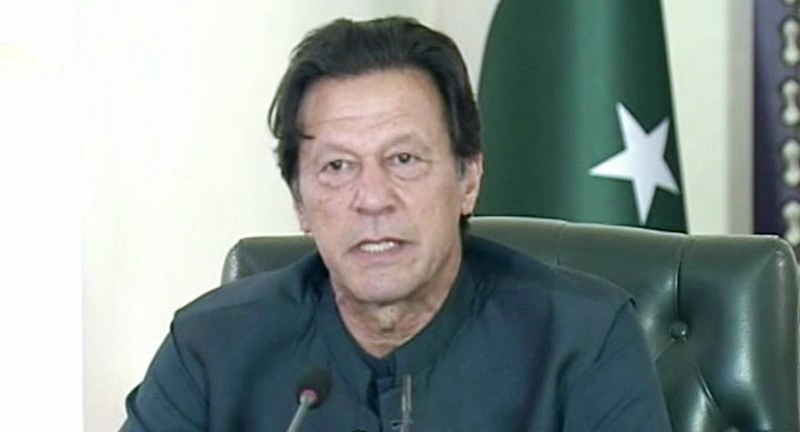 Prime Minister Imran Khan on Thursday reiterated his call for developed countries to augment aid to and ‘look after’ poorer nations, adding that Covid-19 pandemic is a global problem that requires a global solution.

Addressing a virtual United Nations event on ‘Financing for Development in the Covid-19 Era and Beyond’ hosted by UN secretary general and Canadian and Jamaican prime ministers, Prime Minister Imran Khan urged the developed world to ‘put their minds together’. He said when the lockdown in Pakistan was enforced, everything came to a standstill, as it did in most economies of the world that were striving to curb the spread of the virus. Speaking of those worst-hit by the outbreak in Pakistan, he said that almost 150 million of a total of 220 million people are ‘vulnerable’. He said these are daily wage workers whose families are reliant on daily earnings to feed themselves. “We doled out $8bn to stabilise our economy and to give cash to our most vulnerable section of society,” he said, describing what he termed one of the biggest cash handout programmes in history. “But the problem is, we have falling exports, falling remittances […] big, ambitious plans to revive the tourism sector – all this took a nosedive,” he said.

The prime minister compared the total amount Pakistan could afford to give to that of the US, Germany and Japan. “The developed world has given out around $7 trillion in stimulus. We do not have the fiscal space to revive our economy, to look after our most vulnerable section of society. We still have this huge, ambitious programme of fighting climate change by planting 10 billion trees. So all this money got diverted to dealing with the effects of the coronavirus lockdown,” he said. “So it is very important for the developed world to, at this critical juncture, look after the people of the developing world who are struggling,” he said.

The prime minister said that when he spoke to the leaders of Ehthiopia, Egypt and Nigeria, he discovered they were facing problems that almost mirror those of Pakistan. “I really welcome the initiative taken by the G20 for debt relief. But bear in mind, this really has to be thought through. This stimulus, this help to the developing world, I’m afraid has to be much bigger than so far it is being envisaged,” he observed.

He said leaders of the developed world must remember that the developing world has a population of over 6 billion – the bulk of the world’s population. Calling for a ‘holistic’ solution to the problem, he said the world will not recover from this recession with the bigger part of it descending into poverty. He said that a world which had become ‘insular’ as the Covid-19 outbreak hit, must now view the pandemic with a ‘global lens’ and will surely then come out of it ‘unscathed’.

The event, which was hosted by Canadian and Jamaican premiers along with the UN secretary general, was attended by a select number of heads of state and governments who had also been invited to address the high-level meeting. The presidents of France, South Africa, Kazakhstan and the prime ministers of UK, Japan, Norway, Italy and Ireland, the German Chancellor and the Crown Prince of Saudi Arabia, also addressed the high-level event.

The debt vulnerability of developing countries was one of the six interlinked financial issues to be discussed at the event. “The invitation extended to the prime minister reflects the recognition of his role as a sincere spokesperson for the developing countries and the timeline of his call for collective action to overcome the debt distress of many developing countries,” the Foreign Office said. “This recognition has enabled Pakistan to bring together a credible group of countries, including the largest economic powers to address the debt issue,” it added.

The Foreign Office said the prime minister’s leading role in advancing solutions to the vital issues of debt, liquidity, investment and sustainable development will greatly enhance the prospects for Pakistan and other developing countries to secure the international support, solidarity and cooperation needed to ensure a rapid recovery from the most serious recession the world has faced since the Great Depression a century ago.