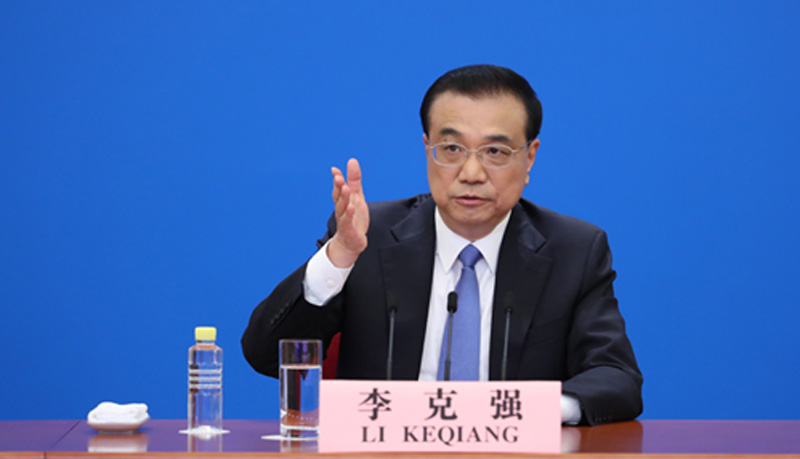 Chinese Premier Li Keqiang Thursday stressed the importance of international cooperation in fighting Covid-19 and restoring economy to ensure victory over the epidemic.

The international community is now facing the dual challenges of containing the spread of the virus and restoring economy and social order, Li told a press conference after the conclusion of the annual national legislative session. Noting that these two aspects are contradictory to each other, Li said it entails efforts, especially international cooperation, to strike a balance between the two conflicting goals and explore ways forward during the process. He said China is open to international cooperation on the research and development of vaccines, medicines and testing reagents for Covid-19, and is willing to share the deliverables with the world.

He said China-US decoupling does no good to either side and will harm the world as the two countries are major economies and their ties are crucial. It is true that the China-US relations have encountered some new problems and challenges, he said. There are many areas where the two countries – as permanent members of the UN Security Council – can and should work with each other in tackling both traditional and unconventional challenges, he said. “There are extensive exchanges between the two countries in the economic, trade, scientific, technological, cultural and other fields,” he said. “It is fair to say that there are extensive common interests between China and the United States.”

Both countries stand to gain from cooperation and lose from confrontation. Getting the Sino-US relationship right is in the interest of both peoples and the whole world, the Chinese premier said. “That is why some problems (in the bilateral ties) have led to concerns in the international community.”

“We should continue to work together to follow through the consensus reached between the heads of state of the two countries and work jointly to foster a Sino-US relationship based on coordination, cooperation and stability,” Li said.

China’s principle and policy toward Taiwan has been consistent, adhering to the one-China principle and the 1992 Consensus, Li said. “We are firmly opposed to ‘Taiwan independence’,” he said. “On this basis, we are ready to communicate with any political party, group or individual in Taiwan to promote peaceful development across the Straits and peaceful reunification of the country,” he added.

The national security legislation for Hong Kong is designed to ensure steady implementation of ‘one country, two systems’ in the special administrative region, as well as upholding its long-term stability and prosperity, Li said, adding that the principle of ‘one country, two systems’ is the country’s basic policy and the central government has always stressed the need to fully and faithfully implement the principle, under which Hong Kong people administer Hong Kong with a high degree of autonomy.

The trade and economic cooperation between China and the United States should follow business rules, and the two sides should leave the decisions to the market and business leaders, Li said, adding that the two countries should continue to work together to follow the consensus reached between the leaders of the two countries, and foster the Sino-US relationship based on the keynotes of coordination, cooperation and stability.

Premier Li Keqiang said that the Chinese government is determined to prioritize the work of meeting people’s essential needs and achieve the country’s target in poverty alleviation this year. He said that China now faces a daunting task in slashing absolute poverty. Before Covid-19 struck, there were about 5 million people living below the official poverty line. Because of the disease, some have fallen back into poverty.

China will introduce more targeted and effective measures to further reduce corporate operating costs and the country will achieve its development goals for this year, as well as the goal of building a moderately prosperous society in all respects, Li said, adding that China has still reserved policies in fiscal, financial and social security arenas and the country is in a strong position to quickly introduce new measures to keep its economic development on a steady course.

China’s economic policies in coping with shocks of the novel coronavirus will focus on keeping jobs and protecting people’s livelihoods, Premier Li Keqiang said. The focus of the country’s massive supportive policies is not large infrastructure construction projects, the premier said, adding that about 70 percent of the funds from the supportive policies will be used to increase people’s income, which can spur consumption and increase market demand.