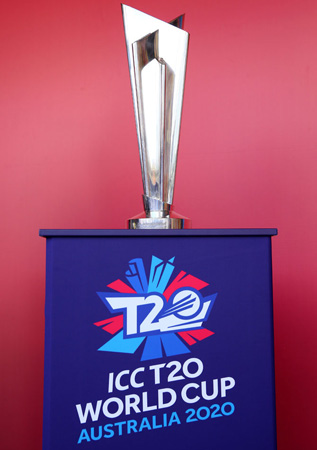 DUBAI: An International Cricket Council (ICC) board meeting set to discuss the fate of the T20 World Cup and the international calendar instead turned into a discussion about the “issue of confidentiality” and ended with the setting up of an “independent” investigation into the matter. All actual items on the agenda – which included discussion about the next ICC chairman — were deferred to the next meeting on June 10.Little other detail about the investigation was provided, other than that it was brought to attention by several board members, and that it would be headed by the ICC’s ethics officer and “supported by global experts.”Originally, the board was meant to discuss whether or not to postpone the T20 World Cup, scheduled to be held later this year in Australia. As reported on Wednesday, the chances of postponement remain high and a few rescheduling scenarios had been drawn up by the Finance & Commercial Affairs committee. Those would have been discussed by board heads as well as the financial impact a postponement could have on smaller members.

Almost as significant, there was to be discussion that would lead towards finalising an election process for the ICC chairman’s position. ShashankManohar, the current chairman, is not going to contest a third term, as the ICC confirmed in a statement on Wednesday. Incidentally in that statement, the ICC also said that reports of a postponement of the T20 World Cup were “inaccurate”.Manohar, the ICC said, led the discussion around the investigation. “A number of board members had raised their concerns over this issue recently and felt it required immediate attention to ensure the sanctity and confidentiality of board matters in line with the highest standards of governance.”