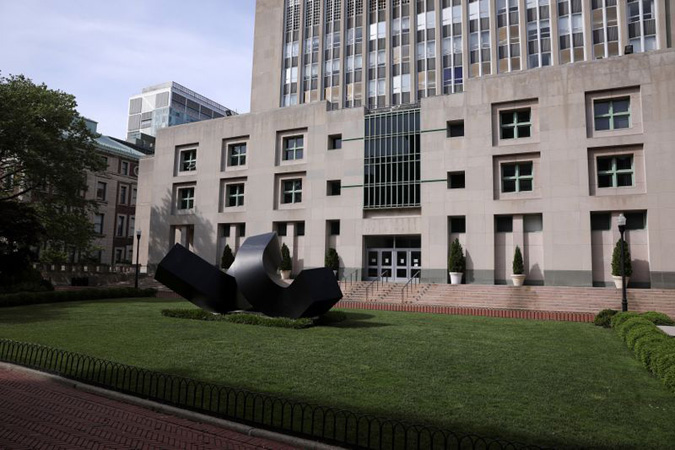 This summer, dozens of incoming students at New York’s Columbia Business School had planned to sail around the coast of Croatia for a week to get to know each other. Instead, they are chatting online and playing icebreaker games on Zoom.

With the coronavirus still spreading, social gatherings like the sailing trip organized by students are on hold, and there is a good chance that when school starts in September, many classes and events will be held online.

Columbia and other elite U.S. business schools like Harvard Business School and the Wharton School at the University of Pennsylvania have said they will likely move to a “hybrid” model of virtual and in-person learning.

It is a far cry from the typical MBA experience which features close contact with fellow students, in-person networking events, trips overseas and lunch sessions with CEOs. The changes have some students reconsidering the value of a degree that can cost upwards of $100,000 a year in tuition, housing, and other fees.

International students, who make up roughly 35 percent of the student body at most elite U.S. business schools, are particularly unsure about the decision.

“The virtual environment might take away a chunk of the MBA experience,” said a 27-year-old student from China who was admitted to Wharton and is considering whether to defer for a year.

“That’s what a lot of people including myself are thinking through now,” said the student, who declined to be identified because of concerns about his visa status and employment prospects.

The United States has been hard hit by the coronavirus outbreak, with more than 1.7 million cases and over 100,000 deaths. Higher education has been upended with most schools sending students home in the spring and moving classes online.

The U.S. hosts over a million international students at its higher education institutions, according to the State Department data. International candidates account for 36 percent of people who enroll in full-time U.S. MBA programs, according to Graduate Management Admission Council, an association of business schools.

If institutions do not resume in-person learning, enrollment, particularly among international students, is likely to take a hit, according to a GMAC survey.

Only 43 percent of the international MBA candidates surveyed said they planned to enroll if programs begin online. Forty-eight percent of them indicated they would defer in that scenario.

Half a dozen international students who have been accepted to the Class of 2022 at U.S. business schools told Reuters they have lots of doubts: Will online classes be fulfilling? What happens to on-campus recruitment events? Even if daily life resumes, will the job market take years to recover?

“The most important part of the MBA is recruiting and even that is going to be virtual,” said a second Chinese student admitted to Columbia Business School, who spoke on the condition of anonymity. “I don’t need people to teach me basic accounting. I already know all that.”

He said he still plans to attend as it was too late to change his plans.

For international students who press ahead with the MBA, another challenge may be getting to the United States.

Most air travel has been restricted, and the State Department in March suspended routine visa services worldwide.

The department said it is engaging with U.S. schools to help international students navigate the visa process, but it declined to provide specifics.

With so much uncertainty, business schools are taking unusual steps to accommodate students.

Harvard is allowing students to defer for a year and Wharton has said it will grant a deferral to international students who cannot start the program on time because of a visa issue.

Columbia told students in May that it would not allow deferrals, but advised students who cannot matriculate for a particular reason to contact the admissions team.

Some students, facing visa delays, travel restrictions and the increased cost and hassle of flying, intend to start the semester online.

“I plan to stay at my home in Beijing and take the courses remotely,” a third Chinese student admitted to Columbia said.

Sanjeev Khagram, the dean of the Thunderbird School of Global Management at Arizona State University, said he is telling international students that “virtual teams” are the future, so adjusting to online interaction has its upsides.

“Being effective in this virtual world actually gives them a competitive advantage,” Khagram said.

Meanwhile, the sailing trip for incoming Columbia students is on hold indefinitely.

“Although this spring/summer isn’t unfolding how we hoped it would, our class is developing a unique bond over this shared once in a generation experience,” the organizers said on the event’s website.