United States President Donald Trump has recently lashed out at Twitter after it labeled two of his tweets with a ‘fact check’ warning for the very first time. 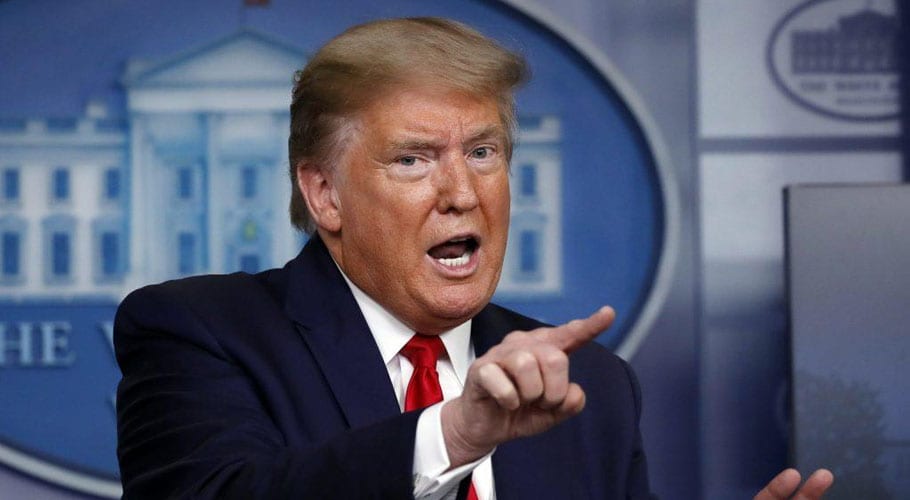 Twitter for the first time, prompted readers to check the facts in tweets sent by US President Donald Trump, warning that his claims about mail-in ballots were false and had been debunked by fact-checkers which has been introduced by the social networking platform after facing long-standing criticism that Twitter is too hands-off when it comes to policing misinformation and falsehoods from world leaders.

There is NO WAY (ZERO!) that Mail-In Ballots will be anything less than substantially fraudulent. Mail boxes will be robbed, ballots will be forged & even illegally printed out & fraudulently signed. The Governor of California is sending Ballots to millions of people, anyone…..

On Tuesday, Twitter flagged two of his Trump’s tweets claiming that ‘Mail-in ballots are fraudulent’. In the same tweet, he also predicted that the ‘ballots will be robbed and fraudulently signed’. Trump claimed that the US election this time will be ‘rigged’. 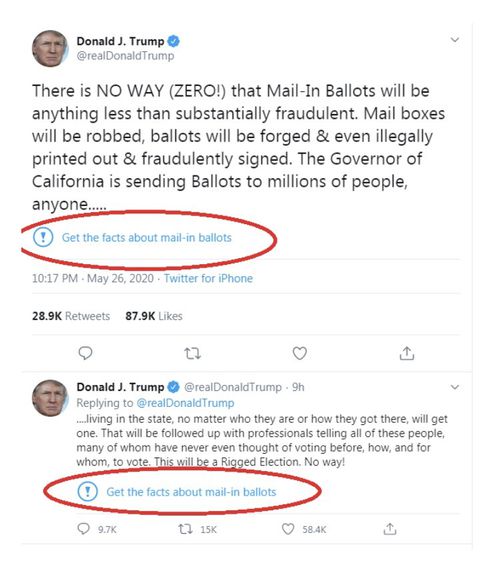 Under the tweets, there is now a link reading “Get the facts about mail-in ballots” that guides users to a Twitter “moments” page with fact checks and news stories about Mr Trump’s unsubstantiated claims.

The move comes after years in which Twitter has declined to apply its community guidelines and other rules of the road to the 45th US president.