SpaceX recently unveiled how it plans to carry out human spaceflights to Mars using its Starship spacecraft. One on Mars, the company plans to establish a massive colony that will function like a city on the Red Planet. 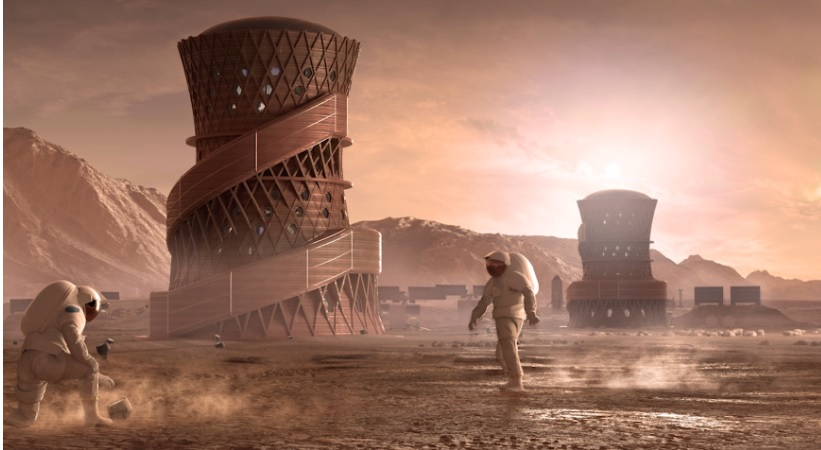 For years, SpaceX has been discussing its plans to send humans to Mars. According to the company, it is planning on accomplishing this goal using Starship, which is a reusable launch vehicle designed to transport humans to the Red Planet.

Before Starship can launch to Mars, it will start off launching commercial satellites as early as 2021, followed by a crewed flight around the moon in 2023. Although SpaceX has not given a timeline for its first missions to Mars, SpaceX founder Elon Musk has said that the first Mars base could be up and running in 2028. And while Musk shared some eye-catching artist illustrations depicting what he called “Mars Base Alpha” as an intricate network of buildings and infrastructure, SpaceX’s plans for the Red Planet are not quite that extensive.

During a recent meeting of the Committee on Space Research, Paul Wooster, the principal development engineer for SpaceX’s Mars expedition project discussed how the company plans to reach the planet and establish a Martian colony.

According to Wooster, the first obstacle that SpaceX will need to overcome is the amount of fuel it needs to reach Mars due to its distance from Earth. The company plans to solve this by using fuel depots stationed in Earth’s orbit, which Starship can use to refuel after its launch.

The first Starship that will go to Mars will only be carrying cargo. If the mission goes smoothly, then SpaceX will deploy other Starships carrying human passengers. The objective of the first humans on Mars will be to find local sources of food and liquid water. Having liquid water will allow the colonizers to extract the necessary elements to create locally-sourced fuel for the Starships.