In a major goof-up, US President Donald Trump’s personal bank account details were revealed by the White House press secretary Kayleigh McEnany, during a press briefing held at the White House. 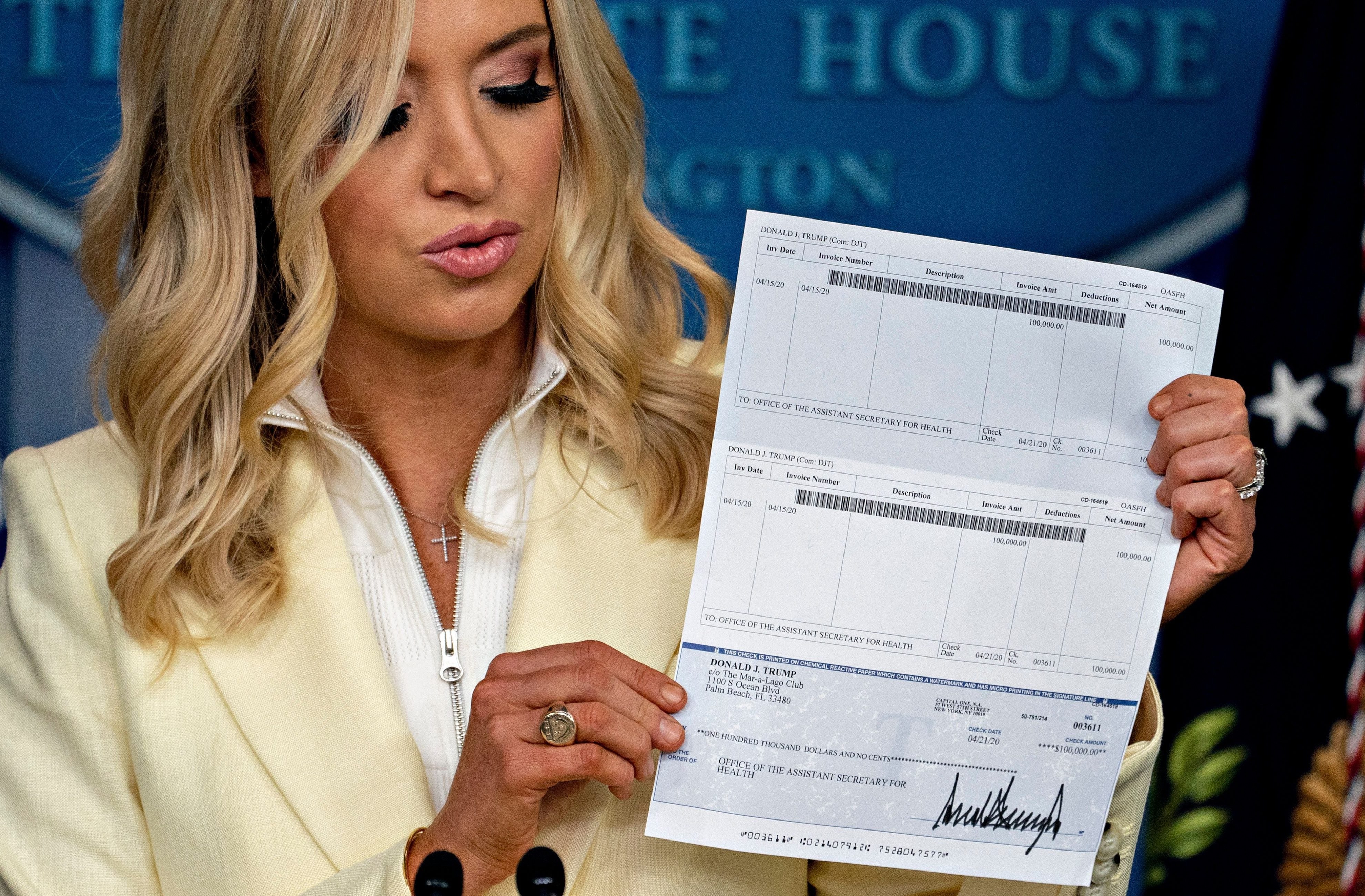 A check bearing Trump’s personal bank account details was displayed by the press secretary during an announcement about the President donating his quarterly salary to the Department of Health and Human Services.

The press secretary then held up a Capitol One check which showed the details of the donation.

Personal bank information can be used to withdraw or deposit money, as well as making online purchases and potentially hacking an account.

However, it is unlikely that this will happen to the president’s bank.

During the 2016 campaign pledge, Trump had announced that he would be donating $100,000 from his salary, every quarter, to a government department of his liking.

Trump has contributed $100,000, from his salary to the Small Business Administration initiative to help veteran entrepreneurs, to the Office of the Surgeon General to fight the opioid epidemic, and to the National Institute on Alcohol Abuse and Alcoholism, among other places.

This time, the US President chose the Department of Health and Human Services to ‘support the efforts being undertaken to confront, contain, and combat the coronavirus.’