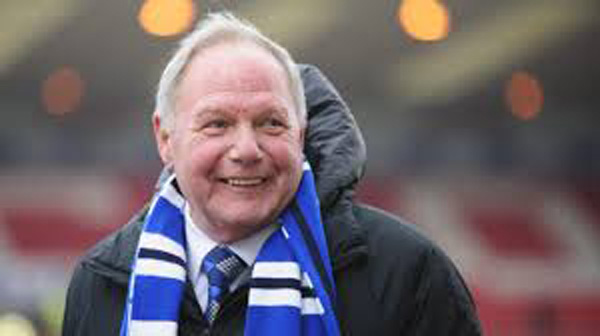 LONDON: Peterborough United’s director of football Barry Fry has pleaded with the Premier League to provide financial aid to prevent English Football League (EFL) clubs from going bust due to the COVID-19 shutdown. Fourth-tier League Two clubs in England unanimously voted this month to end their season, while third-tier League One clubs are set to make a decision this week. An unweighted points-per-game formula could determine the final standings. With promotion still a real possibility, Peterborough are one of many League One clubs not in favour of voiding the season and Fry said a financial package would help support the English football pyramid. “I’m very frustrated, disappointed and amazed that the Premier League haven’t come in with the financial package to help all teams in the EFL,” Fry told Sky Sports. “The big problem… why most clubs don’t want to play is because the testing will cost a fortune, putting up games in empty stadiums will cost a fortune. “That’s why I plead, I beg and I pray the Premier League will come and help us out in some way, shape or form, by donation.” Huddersfield Town owner Phil Hodgkinson said up to 60 lower league clubs could go out of business if the sport fails to plan for the impact of COVID-19 beyond the current season, a view shared by Fry. “Those clubs up and down the country are so important … they’re the life and soul of the communities, we can’t lose them,” Fry said. “I cannot understand why the Premier League haven’t done anything about it. If we’re not careful, I can see the whole of football collapsing. Then if the Premier League and the PFA do something about it, it will be too late.”