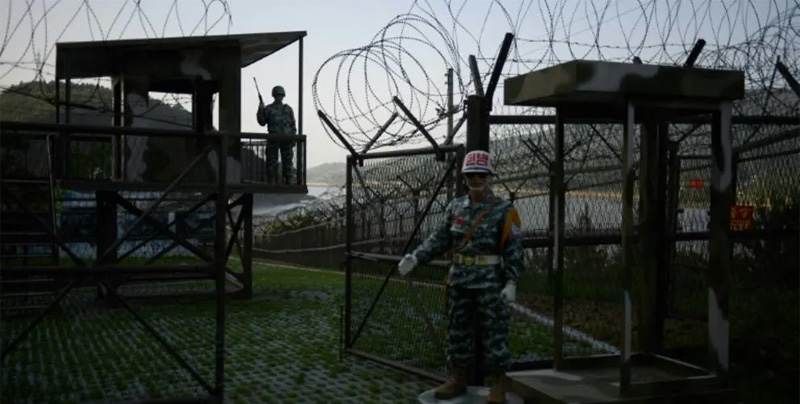 An exchange of gunfire between North and South Korean forces in the Demilitarized Zone dividing the peninsula was a violation of the armistice agreement, the United Nations Command (UNC) said Tuesday. The two sides remain technically at war, since fighting in the Korean War ended with an armistice in 1953 that was never replaced with a peace treaty. North Korean gunfire hit a Southern guard post on May 3, prompting Seoul’s soldiers to return fire a few minutes later and broadcast warnings. The UNC — which monitors compliance with the ceasefire — opened an investigation into the shooting and concluded that “both sides committed Armistice Agreement violations”, it said in a statement. The probe found the North’s Korean People’s Army fired four 14.5mm small-arms rounds, which were responded to by two volleys from South Korea. But the investigation was “unable to definitively determine” whether the North’s gunshots were fired “intentionally or by mistake”, the UNC said.