Kuwaiti livestock ship held off Australia due to coronavirus outbreak

Six crew later tested positive for the coronavirus and were taken to hotels on land for quarantine
The Al Kuwait’s last stop before Australia was Hamad Port in Qatar, according to maritime records posted online 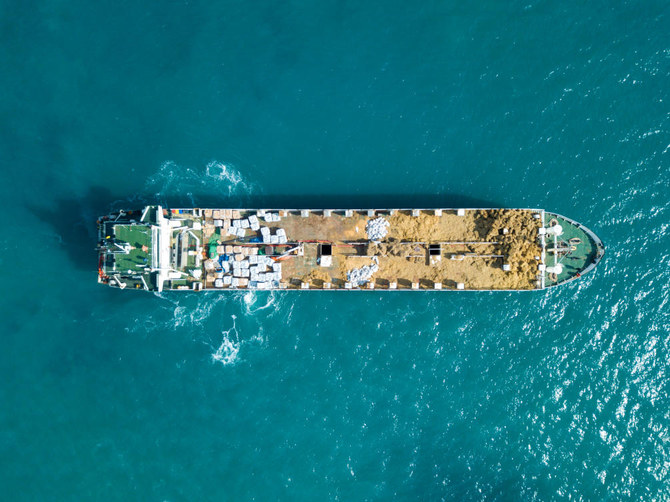 SYDNEY: A Kuwaiti livestock ship was being held off Australia’s west coast after six crew members tested positive for COVID-19, authorities said on Tuesday, heightening concerns over how arrivals by sea are handled.
The Al Kuwait left the Middle East on May 7 and docked near the city of Perth on May 22 after telling the Australian immigration and agriculture authorities that some crew members had raised temperatures, Western Australia state premier Mark McGowan said.

Six crew later tested positive for the new coronavirus and were taken to hotels on land for quarantine while the state police commissioner asked the Australian Border Force and Department of Agriculture why the ship was allowed to dock.

“Clearly this is not good,” McGowan told reporters in a televised news conference.
“We want to get to a resolution as soon as possible so that the ship is in a position to leave the port.”
Border Force and the Department of Agriculture were not immediately available for comment.
The Al Kuwait’s last stop before Australia was Hamad Port in Qatar, according to maritime records posted online.
The ship expects to pick up a cargo of thousands of sheep, and transport them to the Middle East.

Managing boat arrivals became a sore point for Australia after a cruise ship unloaded hundreds of passengers infected with COVID-19 in Sydney in March. Nearly a quarter of Australia’s 102 COVID-19 deaths have been linked to the Ruby Princess, and the ship became the country’s biggest single source of infection.
Al Kuwait’s owner, the Kuwait Livestock Transport and Trading Co, directed Reuters to Australian Livestock Exporters’​ Council CEO Mark Harvey Sutton who declined to comment on the communications between government agencies and the ship.

“All the protocols and processes have been followed,” Sutton said by telephone.
He added that the exporter, Rural Export & Trading (WA), had planned to carry 56,000 sheep to the Middle East. The sheep were being kept held in a feedlot. Sutton said he did not know what would happen if the ship’s departure was delayed until after May 31, when a moratorium on live exports to the Middle East begin.