Four die as train rams into car in Pattoki

At least four people were killed when their car was hit by a passenger train in a railway track near Pattoki on Tuesday. 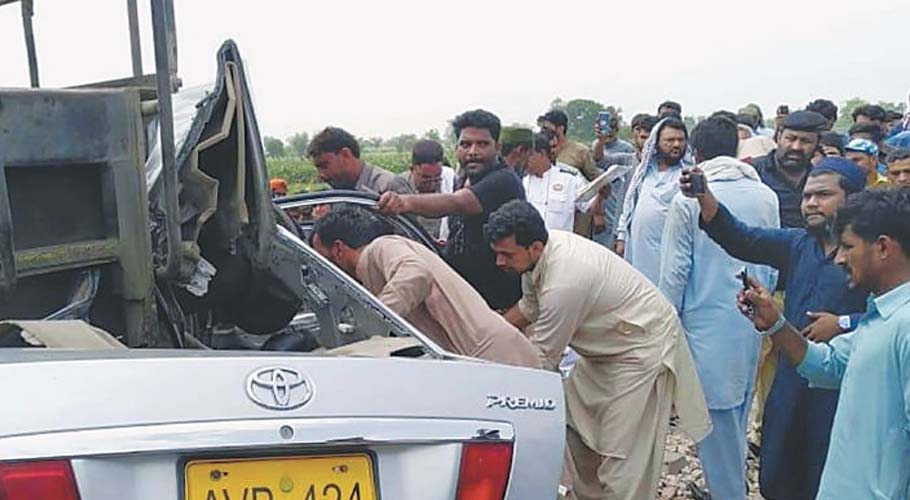 According to sources, the car was crossing Landa railway track in Pattoki when a fast-moving passenger train, which was bound for Kara­chi, hit it. It was coming from Lahore. The four people died on the spot.

Meanwhile, rescue teams and police reached the spot and shifted the bodies to the nearby hospital for legal formalities. The victims were identified as Amir, Adnan, Asadullah, and Saleem.

Soon after the incident, the area residents staged a protest and blocked the railway track demanding the provincial government to take notice of the incident. They claimed the incident occurred due to the negligence of the railways staff.

Back in March 2020, five people were killed when a train hit the rickshaw near Rohri, Sukkur.

The incident took place near Pyarwah, when the rickshaw was crossing the railway Phattak.

The number of railway accidents has surged alarmingly as in February 2020, 19 people lost their lives and more than 30 sustained injuries when Pakistan Express train collided with a passenger bus at a railway crossing near Rohri railway station.

According to a report Pakistan Railways had faced around Rs 410 million losses in train accidents on the railway network from August 2018 to December 2019.