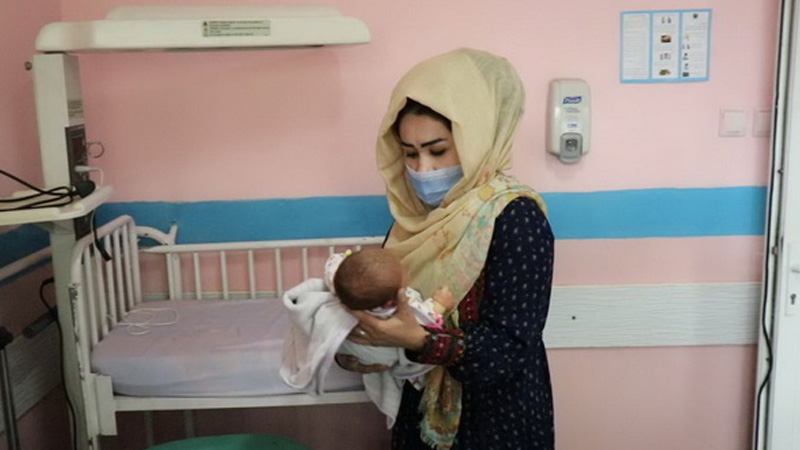 After militants stormed a hospital in the Afghan capital Kabul and killed young women and their babies, Kaamila Sahar felt compelled to help.

As a young mother herself, she decided to breastfeed the infants whose own mothers had been killed or injured.

Two newborns were among the 24 people killed in an attack last week on a maternity hospital run by the French medical charity Doctors without Borders that shocked Afghanistan even after years of militant violence.

At least six babies lost their mothers – a tragedy that spurred Sahar and other young women to help.

“It was devastating beyond imagination not only for me, but for all the mothers,” said the 29-year-old mother of a one-year-old boy at the Ata Turk Hospital, where survivors were taken after the attack on May 12.

“I could not wait at home. I went to the hospital to be their mother even for few moments and breastfeed them,” she told the Thomson Reuters Foundation.

Sahar was one of at least 10 young mothers who visited the hospital every day for more than a week to feed and comfort nearly 20 babies – as their husbands and families took care of their own children.

Others offered to adopt the babies, who have now been handed over to their families, or launched fundraising campaigns – and they have been hailed as heroes in a country where women are often seen as second class citizens.

Firooza Yunus Omar, 27, went to the hospital to help within hours of the attack, later posting about her experience on Facebook alongside a photo of her cradling one of the babies.

Her appeal for money to buy diapers and powdered milk for the babies led to a flood of donations, and she has won praise in local media.

“Her act of love and compassion is a slap in the face of the terrorist,” said Hasht-e-Subh, a top Afghan newspaper. Marzia Amiri, a doctor who had finished her night shift at the hospital just hours before the attack, said she was unsure if she would be able to go back to work and deliver babies on the same beds where so many were killed.

“I can’t forget the faces of the mothers and the babies. I feel like crying when I see my own son”, said Amiri, mother of a three-year-old, as her eyes welled up with tears.