Covid-19, state terrorism and the loot of Kashmir 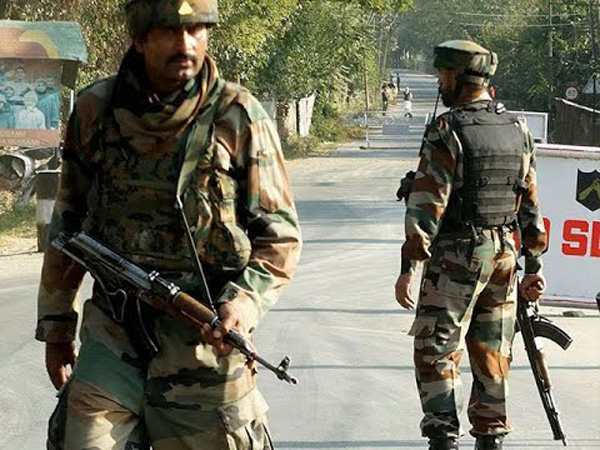 The heaven on earth: Kashmir is under continuous lockdown since BJP led Indian Government abrogated Article 370 & 35A, which established a separate constitution a separate flag and denied property rights in the region to the outsiders. The aftermath was bloody, Hurriyat and political leaders were jailed, and Education, Businesses, and daily life was halted under 1 million Indian Brutal force’s presence in the region.

While Kashmir was not even near to normalcy another lockdown due to Covid-19 gave Indian occupational forces yet another chance to arrest, kill, rob, destroy the properties and lives of the besieged Kashmiris.

The shameless Indian Government has stooped so low that in a pandemic situation where world powers have joined hands to fight the pandemic, Indian Government is targeting Kashmiris mercilessly in the guise of imposing coronavirus lockdown.

According to the reports, more than 40 youth have been killed in April and May 2020. while under the guise of Covid-19 Indian forces started fake cordon and search operations to catch and kill youth, and to use punitive techniques to suppress the Kashmiris by razing houses to the ground, setting shops on fire, looting cash, jewellery and food ration from homes.

Modi and his companions Amit Shah, Ajit Doval, and Army Chief are using the Covid-19 situation and lockdown to suppress the besieged Kashmiris in every way possible. Under the disguise of Covid-19, they introduced new domicile law, in violation of UN Security Council resolutions and International law including 4th Geneva Convention, to flood the demography of Kashmir, and recently have provided domicile status to more than 300,000 all Hindus.

The BJP government has equipped its forces with lawless draconian laws, to suppress the Kashmiri freedom movement, and for that particular reason Indian forces use an insane amount of ammunition, bombs, to combat with one or two Mujahideen, and the aftermath is devastating for the Kashmiris.

On May 6, 2020, Indian government forces killed Riyaz Naikoo, a top commander and his associate of Kashmirs’ largest indigenous militant group Hizbul Mujahideen, which led to the clashes between local Muslim Kashmiris and Indian forces. One civilian was killed, and 24 were injured with few severely injured due to pellet wounds.

While in Nasrullah Pura Budgam, brutal Indian forces in the dark of the night cordoned off the areas and ransacked everything in their way. Locals in Budgam said that Indian police broke into shops, plundered the items, poured petrol on items and burnt the valuables. Videos and pictures of ransacking the valuable items by Indian police went viral on social media.

Indian forces are also using draconian laws which don’t comply with International humanitarian law to slain the Kashmiri youth. One such law is Armed Forces Special Powers Act (AFSPA), which grants Indian government forces special protection as they can kill anyone in Kashmir saying they suspected wrong/ill from the killed.

On May 13, 2020, a 26-year-old civilian, Mehrajuddin Shah was killed in Cold blood while he was driving a car, with his uncle Ghulam Hassan Shah in the passenger seat, when he was shot by a CRPF trooper at a security checkpoint in Kawoosa.

Recent incidents of violence by Indian forces in occupied Kashmir have proven that India seems to follow the footsteps of Israel. Killing young Kashmiris in fake encounters, maiming and mutilating their dead bodies, destroying properties of the civilians, demolishing homes and razing them to ground is India’s new policy to intimidate the Kashmiris into submission, and refrain them from the demand of right to self-determination.

Indian brutal forces resorted to the worst kind of vandalism at Nawakadal in Srinagar after they martyred a top commander of Hizbul Mujahideen, Junaid Sehrai, along with his associate, Tariq Ahmed, during a cordon and search operation. The troops destroyed at least 17 houses in the area while also looted everything including cash, jewellery and gas cylinders during the operation. While a 12-year-old boy identified as Basim Aijaz, who was injured due to the collapse of house debris after the gunfight, succumbed to his injuries later.

LOC violations is another tactic of Indian government to divert the attention, and Modi’s Warmongering indicates about a false flag operation or adventurism. It is high time the ill intentions of RSS backed BJP led Government of India must be checked by International Organizations such as the United Nations and civilized nations to maintain peace and stability in South Asia. Otherwise, the dark clouds of war can be seen looming over South Asia.