Apple fans may now have the answer—it appears someone has obtained an iPhone running the new operating system, which led to many iOS 14 features being leaked way before its launch, according to Vice’s Motherboard.

Am I hallucinating, or is there really no Search in the @Apple @iTunes store?

(ALT: Screenshot of iTunes Store. One can browse among albums Apple has selected, but there does not appear to be any way to search for music you actually want to buy.) pic.twitter.com/d0lpBq3Joc

Current leaked features for iOS 14 include a new fitness app, a PencilKit API for the company’s stylus, updates to iMessage, a new home screen view, the ability to test third-party apps by scanning a QR code, an overhaul to iCloud Keychain, and more. However, if these leaked features were based on this leaked iOS 14 build from December, there’s always the chance that Apple could delay or scrap any of them before the official unveiling of the new OS.

Dozens of Twitter complaints suggest the issue is affecting people running both iOS 13.4.1 and iOS 13.5, and it’s not clear what’s causing the problem as not everyone appears to be affected. Some users have had the problem occur after updating apps in the last day.

There have been complaints about many apps including YouTube, Twitter, WhatsApp, Facebook, TikTok, LastPass, and more. We updated the WhatsApp app an ‌iPhone‌ on iOS 13.5 prior to writing this article and immediately got the error message.

“It gives insight into a decrypted copy of the iOS file system months before release so it could be very useful. It’s pre-release, lots could change, but it’s a trove of information,” said Ryan Duff, Director of Cyber Products at SIXGEN, who reviewed the leaked code for Motherboard. “I can’t say this will give an easy jailbreak or anything like that, but it’s way more information about an upcoming iOS than we ever see normally.” 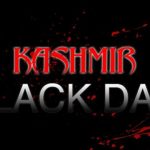 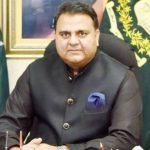