Coronavirus, race and income: how the virus discriminates 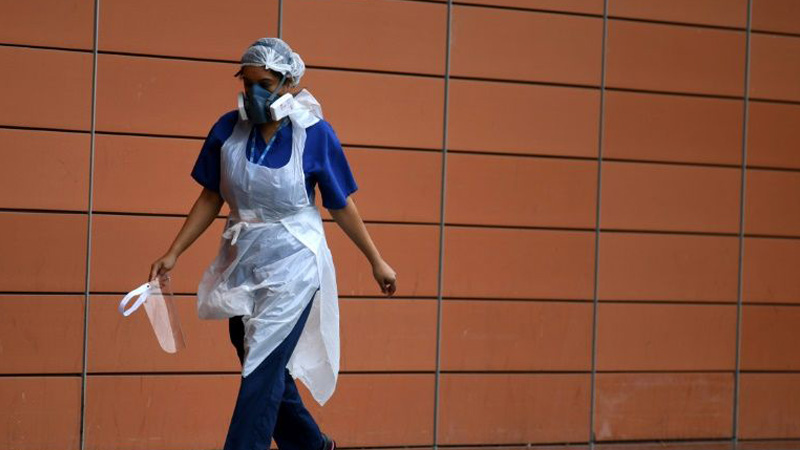 After COVID-19 first appeared in China late last year, doctors quickly realised what made some patients more vulnerable to the virus than others: age, gender and underlying health problems all played a part.

Now, as the pandemic kills hundreds across the world each day, experts say evidence is mounting that other socioeconomic factors — specifically connected to race and income — influence who become sick and who dies.

Officials in Europe and the US have insisted that COVID-19 doesn’t discriminate. But the figures suggest otherwise.

A slew of recent studies have highlighted how people from minority backgrounds in Britain and the United States — two of the hardest hit nations — are disproportionately more likely to die from COVID-19 than their white counterparts.

Research printed in the Journal of the American Medical Association this month found that COVID-19 mortality was “substantially higher” among black and Latino patients than in white patients.

Age-adjusted black mortality in New York City was more than twice as high as white, a trend backed up by another study carried out by Britain’s Institute of Fiscal Studies.

That found that black Britons were 2.5 times more likely to die from COVID-19 than their white compatriots.

In addition, several studies suggest that deprivation is a key determinant in COVID-19 cases.

A University of Oxford review of 3,600 COVID-19 test results found that people living in the most deprived areas of Britain were four times more likely to test positive for the virus than those living in the richest.

An Imperial College pre-paper estimated that people in the lowest income bracket were 32 percent more likely to die from the virus than those in the highest.

Devi Sridhar, professor and chair of Global Public Health at the University of Edinburgh Medical School, said that a lack of preparedness when the pandemic struck exposed “a two-tiered system” in Britain’s response to the virus.

“If we look back to March — which is astounding — if you were networked enough and rich enough you could go and purchase a COVID test, just if you were curious if you had it or not,” she told AFP. “Yet if you were a health worker on a COVID ward and had symptoms, you would not have had access to a test. That’s a dual system that is not good for public health because you need people tested on the front line.”

It is among those on the front line, including doctors, nurses and care home workers, that the link between COVID-19 mortality and race becomes particularly stark.

Tim Cook, professor of anaesthesia at the Royal United Hospital of Bath and the University of Bristol, keeps a database of health worker COVID-19 deaths.

Because official figures are tricky to come by, he and colleagues began by scouring media reports. The results were startling.

Of the 63 nurses and midwives killed by the virus in Cook’s database, 76 percent were from a BAME (black, Asian, and minority ethnic) background.

Of the 32 doctors and dentists who have died from COVID-19 so far, all but two were non-white — 94 percent.

Chaand Nagpaul, chair of the British Medical Association (BMA), told AFP the figures were “a shock and a cause for alarm”.

“None of us could have foreseen this, it goes beyond the margins of statistical variation we would allow for,” he said.

“Many of these doctors played a very visible role in the care of patients in their communities and for them to die from COVID is a very noticeable loss.”

Cook said he was taken aback by the disproportionate number of BAME COVID-19 health worker deaths, especially because it was not initially understood as a risk factor when the pandemic struck.

“China did really well in giving us information but they perhaps are less multicultural than other societies in the world,” he told AFP.

“The risk factors we saw coming out of China were to do with age, diabetes, immunosuppression, those kind of risk factors. So that’s what we focused on.”

But while the data shows clearly that BAME people are at great risk of dying from COVID-19, Cook said it was hard to pinpoint precisely why. “BAME individuals are more likely to have a constellation of other risk factors,” he said.

“Compared to white populations they are more likely to have hypertension, diabetes, to have cardiovascular disease and those factors are known to put people at increased risk of harm from COVID.” But that alone doesn’t explain the discrepancy, and Sridhar said social factors likely played a significant role.

“It could be because there’s some underlying genetic predisposition but then we’d expect to see many more deaths in countries that have larger BAME populations,” she said. “That’s not what we’re seeing.

“The one factor that’s over-riding has to do with their social position, particularly with health workers. What we’re seeing with doctors with BAME backgrounds is really astounding.” Cook added that a greater proportion of BAME individuals live in deprived areas of Britain than white individuals, which may limit their access to quality healthcare and testing.

In Sweden, which has gone against the grain of strict lockdown procedures, the Public Health Agency reported this month that Somali-born residents were over-represented among those hospitalised with COVID-19. Poorer areas of Stockholm — where many migrants live — have seen up to three times as many cases per capita as wealthier areas.

Within Britain’s health service, several studies suggest that BAME doctors and nurses may be the victims of systemic discrimination. In a recent BMA survey of 16,000 health workers, BAME doctors were three times more likely than their white colleagues to report having been under pressure to work on COVID-19 wards without adequate personal protective equipment (PPE).

Previous surveys have also shown, for example, that BAME health workers feel less able to speak out against their management, are more likely to feel unconfident while at work, and are subjected to far higher levels of bullying and harassment than their white colleagues.

A recent survey conducted by ITV News collected around 4,000 anonymous responses from doctors and nurses, including numerous individuals raising concerns that their BAME status was putting them at higher risk.

“We were… threatened with being sacked if we spoke up about not being allowed to wear PPE,” said one respondent.

For Nagpaul, BAME status should be added to the list of known COVID-19 risk factors. “BAME status puts a doctor at higher risk,” he said.

“While of course we need to understand the reasons why, both for healthcare workers and the community at large, what the NHS has a duty to do is to make sure no one sector of the workforce is at greater risk. The priority needs to be to prevent further death.”

At least two healthcare trusts in Britain have already unilaterally declared BAME workers at high risk of COVID-19 and have redeployed them away from the front lines.

Cook said that without far greater monitoring and data reporting — including the medical histories and ethnicities of those patients and health workers who succumb to the virus — it would be hard to ever get to the bottom of why BAME people appear to be more vulnerable. “We still can’t unpick whether being hypertensive is more of a risk factor than being Asian, or whether having asthma is more of a risk than being black,” he said.