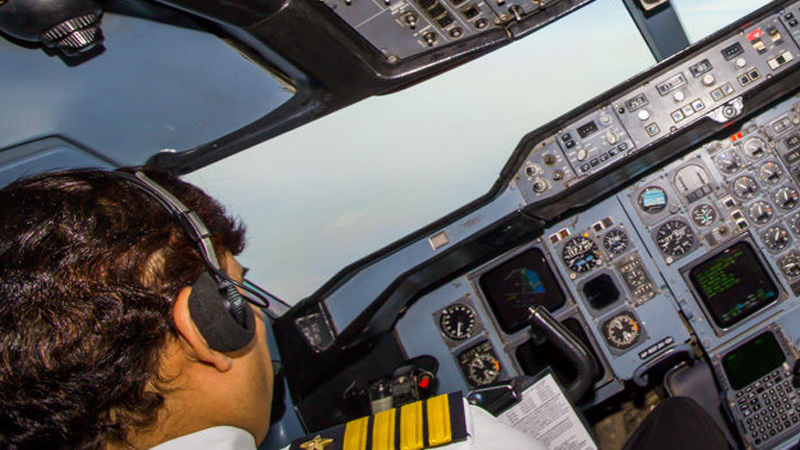 The pilot of the crashed Pakistan International Airlines jet sent a Mayday call and told controllers the aircraft had lost power from both its engines on its second attempt to land, according to a recording posted on monitoring website liveatc.net.

After the aircraft reportedly called off an earlier attempt to land and went around for a second attempt, a controller radioed the pilot of flight 8303 that he appeared to be turning left, suggesting he was off-course.

The pilot replied, “We are returning back, sir, we have lost engines,” and the controller cleared the plane to land on either of Karachi airport’s two West-Southwest-facing runways.

Twelve seconds later the pilot called ‘Mayday, Mayday, Mayday’ and was again cleared to use either runway. There was no further communication from the aircraft, reported to be an Airbus A320, according to the audio from liveatc.net, a respected source for in-flight recordings.

According to eyewitnesses, the plane crashed hardly a few hundred feet away from the runway. PIA Chief Executive Officer Air Marshal Arshad Malik said the pilot told the control room that there is a technical issue and he decided to go around rather than land even though two runways were ready for landing.

“Our crew is trained to handle emergency landings. All my prayers are with the families. We will continue to provide information in a transparent manner,” said the spokesperson.

For his part, Pakistan Airlines Pilots’ Association spokesperson Tariq Yahya said the plane seemed to be gliding at the end. “Communications show that the plane did not have power at the end and was gliding and couldn’t make it to the runway,” said Yahya, adding that it didn’t have power when it was asked to climb to 3,000 feet. He added, however, that these were “only assumptions and we will not know the exact cause until we find the black box.”