Leaders from across the globe express grief over PIA plane crash 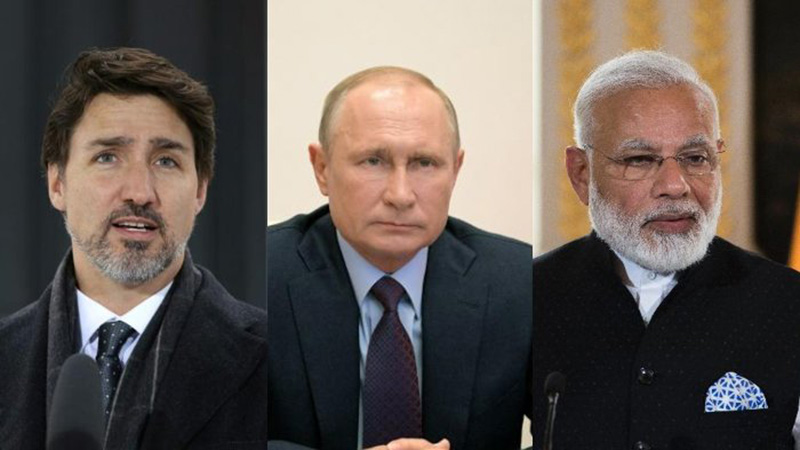 Several world leaders on Friday extended condolences to the Pakistani leaders and the people over the crash of a PIA plane in Karachi.

Russian President Vladimir Putin said Russia is shocked at human losses in the plane crash. “Please accept deep condolences on tragic consequences of passenger plane crash in Karachi. In Russia we share grief of those who’ve lost in this catastrophe their relatives and dear ones and hope for speedy recovery of all injured,” the Russian president said in Twitter post.

Indian Prime Minister Narendra Modi tweeted, “Deeply saddened by the loss of life due to a plane crash in Pakistan. Our condolences to the families of the deceased, and wishing speedy recovery to those injured.”

Afghan President Ashraf Ghani also conveyed condolences, “My heart goes out to the families of victims who lost their lives in the PIA plane crash in Karachi. I offer my sincere commiserations to the people and the government of Pakistan. Afghans stand with you in this moment of grief.”

President of Tajikistan Emomali Rahmon expressed deep sorrow and grief over the plane crash in Karachi. In his letter to President Arif Alvi the Tajik President said, “We received with deeply sorrow and regrets the news on passenger aircraft crashes near the Karachi airport, which became the reason of death of the many citizens of the Islamic Republic of Pakistan. Expressing my and people of Tajikistan’s deepest condolences to the friendly people of Pakistan, I pray for the patience of the families and friends of the victims.” 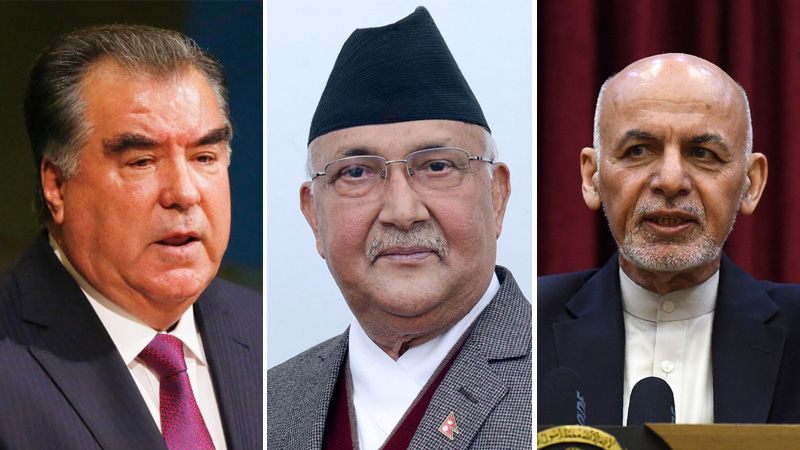 Prime Minister of Nepal KP Sharma Oli also extended his prayers for the affectees of the plane crash and said that he was ‘deeply shocked to hear the news’. “I am deeply shocked to hear the news about the plane crash in Pakistan. Heartfelt condolences to the government of Pakistan and the bereaved family members who lost their loved ones. I wish for the speedy recovery of those injured,” he tweeted.

“May Allah’s mercy be upon those who lost their lives in the crash. Condolences to our Pakistani brothers&sisters. Friendly&brotherly Pakistan’s pain is our pain,” he tweeted.

Afghan Foreign Minister Haneef Atmar expressed his deepest condolences to his Pakistani counterpart Shah Mahmood Qureshi on the tragic loss of lives in plane crash in Karachi. “May Allah bless the souls of the deceased and console families and friends affected,” Atmar wrote on Twitter.

Iranian embassy also said Iran is saddened by the crash of a civilian aircraft in Pakistan, which has resulted in the loss of many precious lives. “In this hour of grief, we express our heartfelt condolences to the Government and the people of Pakistan, in particular, the families of the deceased.”

“Shocked to hear the tragic plane crash in Pakistan. My heart goes to the families of the victims. We stand with Pakistan at this difficult time,” Chinese Foreign Ministry spokesman Lijian Zhao said.

Separately the Chinese embassy in Islamabad said, “We learned with heavy heart the PIA plane crash close to Karachi Airport. Our hearts go out to all families who lost their loved ones today. We stand with Pakistan in the time of sadness.”

US Embassy in Islamabad tweeted, “On behalf of the US Mission to Pakistan, I offer my deepest condolences to the people of Pakistan and the families of those who lost their lives today in the plane crash near Karachi,” Chargé d’Affaires Ambassador Jones said.

British High Commissioner to Pakistan Christian Turner said he is ‘deeply saddened by tragic PK8303 plane crash in Karachi’. “Flag of United Kingdom thoughts are with all those who have lost loved ones. @ukinpakistan is in touch with local authorities to establish if any Brits were on board,” Mr Turner tweeted.