Ill-fated plane had no operational or administrative issues: PIA CEO 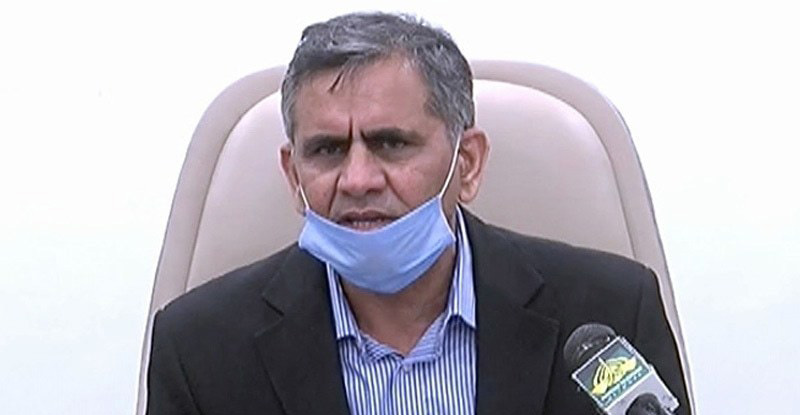 Pakistan International Airlines (PIA) Chief Executive Officer Arshad Malik on Friday said that the pilots and cabin crew aboard PK8303 – that crashed in a residential colony in Karachi earlier in the day – were all qualified.

“Accidents happen, but our pilots are trained for these kinds of events. These planes have checks and balances that we are required to fulfil.” “My pilots were qualified, their checks and balances, and medical tests were complete. My cabin crew was also qualified and my plane’s inspection was also complete.”

Malik was holding a press conference hours after a PIA passenger plane, with an estimated 99 people onboard, crashed in Karachi’s Model Colony near Jinnah International Airport on Friday.

Sindh health officials said that so far, 66 people have been confirmed dead. It is, however, unclear if the deceased were all onboard the flight or include area residents as well where the crash took place. Two people are confirmed to have survived the crash, according to officials. Addressing a press conference in Karachi, Malik said that an inquiry will be conducted into the plane crash by the Aviation Ministry. “This is my responsibility and it is your right that you receive this information.” “What we know right now is that the plane technically, operationally and administratively, according to its schedule, arrives and establishes itself for a final landing approach.” “On that final landing approach, the pilot reports that he is ready [to land the aircraft]. The Civil Aviation Authority (CAA) controller gives him the go ahead [but] he does a go around… After this, he gives a call saying I will establish myself for a second approach. That is when something happened, and until we find the voice recorder and the data recorder […] when those come then we will know if there was a technical fault or otherwise.” He added that when the plane began flying low, the air traffic controller asked the pilot if there was a problem. “They responded ‘yes there is an issue’ and that is where communication ends and the crash happens.” He added that the PIA had emptied its airport hotels so that residents whose houses were affected in the crash could be accommodated. “Fortunately, the plane landed in a street. It affected buildings in the vicinity but nothing collapsed. And, according to reports, miraculously there is no dead body there either.”

He added that rescue operations were still underway and two to three days would be required to complete them. “Right now my teams are at Civil Hospital and at Jinnah Post Graduate Medical Centre. We will track all the victims and speak to their families.” Malik reiterated that the Safety Investigation Board which will conduct an inquiry into the crash is an independent institution, adding that PIA and the CAA will not interfere in its affairs. He also refused to give an update about those killed in the crash, stating, “Until we have 100 percent clarity, I will not give an update. We are currently in the process of collecting data.”