Struggle for independence of Pakistan and divine imprint on its birth 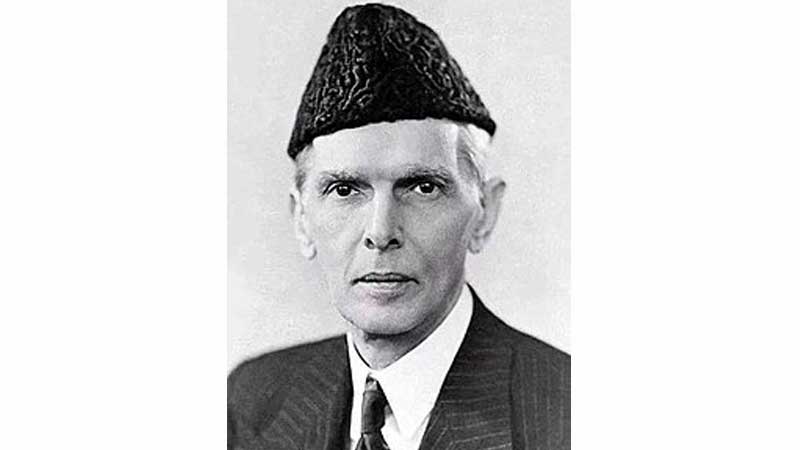 The political process of creation of Pakistan started from the platform of All India Muslim League (AIML) which was established as a political party in December 1906 at Dhaka with main objective to safeguard and fight for Muslims of their political rights and interests. The Quaid was initially member of Indian National Congress (INC) which had been working since December 1885 with primary aim to obtain a greater share in government for educated Indians, and to create a platform for civic and political dialogue between them and the British Raj.

The Quaid left INC and joined AIML in 1913 and became its president in 1916. The political objective to get a separate state got enormous momentum. The second important landmark for the struggle was the presidential address of Allama Dr Muhammad Iqbal, who is considered poet of the East to annual session of AIML at Allahabad on December 29, 1930. He presented the idea and concept that Muslims are a separate nation. He emphasized that a nation is distinguished from the other on the basis of religion, customs and traditions. At the same time, he strongly disagreed with the Western concept of religion as a private affair.

Dr Iqbal explained that Islam is a way of life and thus Muslims are a separate nation. The two nation theory was very explicitly and logically explained by him in the address. He accentuated that unless the Muslims are considered as a nation and their rights are protected, it is impossible to establish peace and tranquility in the sub-continent. He proposed that Punjab, North West Frontier province, Balochistan, and Sindh should be converted into one state. He expressed that the northwestern part of the country should be established to unite as a self-governed unit, within or without the British Empire as a permanent solution to the Muslim Hindu problems. This idea was very widely appreciated by the Muslims but INC and few other political parties did not support.

The INC was not all in favor of partition. However, the determined political struggle of AIML continued for a separate Muslim state which led to the March 23, 1940, resolution at Yadar e Pakistan Lahore which is considered a significant mile stone for creation of this country and is now celebrated as Pakistan Day. The Quaid addressed the session and emphasized that Hindus and Muslims follow two different religions, philosophies, social customs and literature and this made them two distinct nations. Based on the two nation theory, a resolution was presented on 23 and passed on 24 March.

It states that “no constitutional plan would be workable or acceptable to the Muslims unless geographical contiguous units are demarcated into regions which should be so constituted with such territorial readjustments as may be necessary. That the areas in which the Muslims are numerically in majority as in the North-Western and Eastern zones of India should be grouped to constitute independent states in which the constituent units shall be autonomous and sovereign”. It further reads, “that adequate, effective and mandatory safeguards shall be specifically provided in the constitution for minorities”.

It strongly rejected the concept of united India. The word states were substituted to one state by a resolution passed at the 1941 Madras session of the AIML which specified, “Everyone should clearly understand that we are striving for one independent and sovereign Muslim State.” Moreover, in all the speeches that Quaid delivered, he used the word “an independent homeland” or “an independent Muslim state”. Some of the prominent Muslims leaders like Maulana Abul Kalam Azad who in 1923, at the age of 35 was the President of the INC strongly opposed. At the same time some of the political parties led by Muslim leaders also did not support the division. Considering the atrocities being committed on the Indian Muslims by the RSS, a militant arm of BJP, has proved beyond doubt that decision of AIML leaders led by the Quaid abundantly elucidates the political acumen and far-sightedness displayed by them.

Few individuals significantly alter the course of history. Fewer still modify the map of the world. Hardly anyone can be credited with creating a nation-state. Muhammad Ali Jinnah did all three — Stanley Wolpert, Jinnah of Pakistan

The prevalent environments in India which has made difficult for Muslims to practice Islamic rituals freely are sufficient to substantiate. By the strenuous and determined efforts of AIML, the house of commons issued a policy statement on 20 Feb 1947, that “His Majesty ‘s government has definite intentions to take the necessary steps to effect the transference of power into responsible Indians hands by a date not later than June 1948”. The AIML welcomed and all political activities began to revolve it and the picture became clearer. Rear Admiral Louis Mountbatten took charge from Viscount Wavell as Viceroy of India on 24 March. During the Second WW, he had served in various capacities on board naval ships and was Supreme Allied Commander, South East Asia Command from 1943 to 46. Instructions to Mountbatten were to avoid partition and preserve a united India as a result of the transference of power but authorized him to adapt to a changing situation in order to get Britain out promptly with minimal reputational damage. Mountbatten after consulting the AIML and INC leaders, announced that partition date can be advanced.

It is considered that he assessed the situation volatile, and at the same time to catch the Muslim leaders unprepared to organize the administration of the new state to hold it together. But AIML reaction was positive. The transfer of power plan of 3 June was explained by Mountbatten in a press conference in the legislative assembly chamber in Delhi on 4 June which was attended by a large number of journalists and correspondents from India and abroad. During question/answer session a Journalist asked a question, “Sir if all agree that there is most urgent need for speed between today and the transfer of power, surely you should have a date in mind “? After a little pause, Mountbatten, the victor of the Jungles of Burma about to become the liberator of India announced: the final transfer of Indian hands will take place on 15 August 1947.

It is pertinent to mention that WW -2 had officially ended on 8 May 45 with the surrender of Germans but Japanese were still resisting. The war officially ended on midnight 14/15 August 1945 with the acceptance of Japanese surrender. Probably, the second anniversary of victory of Allied forces was to stamp its marks on the Mountbatten’s mind. However, as per Islamic calendar it was the last Friday, 27 of Ramadan 1366 Hijra. Striking this date in the mind of Mountbatten may be taken as Divine blessings. This day is very sacred for the Muslims. The bill of partition was enacted into law on 18 July. It gave the partition date 15 August 1947. The Viceroy wanted to attend the handing over ceremony in Delhi on 15 August, therefore, a function was organized at Karachi on 14 August in which he read out the proclamation of Independence issued by the King, and handed over powers to the Quaid.