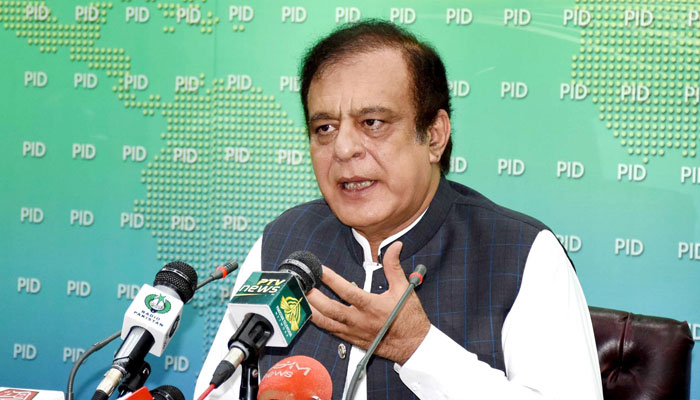 The federal cabinet after a thorough discussion on Tuesday constituted a committee to prepare a legal framework by June 30 to outsource the country’s major airports to bring them at par with the international standards.

Briefing reporters about the decisions of the cabinet meeting chaired by Prime Minister Imran Khan, Minister of Information and Broadcasting Senator Shibli Faraz said the government is looking for some international firm that has an experience to operate and manage the airports. The objective of the move is to bring Pakistan’s airports up to the international standards with the provision of all those facilities that are available at the major airports of the developed countries, he added.

Shibli Faraz said the cabinet meeting was informed that some firms have already shown interest in the matter. A legal framework will be devised before the tendering process starts. The committee headed by Aviation Minister Ghulam Sarwar Khan and comprising Special Assistant to Prime Minister on Overseas Pakistanis Zulfiqar Bukhari, Adviser to PM on Parliamentary Affairs Babar Awan, Adviser to PM on Commerce, Trade and Industry Abdul Razzak Dawood and the Board of Investment (BoI) chairperson as members, will fast-track the process.

The minister said the cabinet discussed the issue of provincial water share and decided to install the latest telemetry system to ensure transparency in the water distribution. He said in the past, some vested interests have been creating hurdles in the installation of telemetry system. The cabinet, he said, noted that the performance of the members of Indus River System Authority (IRSA) from Sindh, Punjab and the federal capital is not up to the mark, and decided to hold an inquiry against them and if found guilty, they will be replaced with efficient and honest persons who will ensure running of the telemetry system in a transparent manner.

He said he cabinet approved the decisions of the Economic Coordination Committee (ECC) meeting of May 13 allowing mobile phone manufacturing in the country and 50 percent federal subsidy on the wheat procurement for Azad Jammu and Kashmir.

The cabinet gave approval to a special package for the agriculture sector. He said Rs 37 billion subsidy is being given on fertilizers, while Rs 8.8 billion is allocated to reduce the interest rate, Rs 2.30 billion for cotton seed and Rs 6 billion for cotton pesticides, and Rs 2.5 billion for locally manufactured tractors.

He said 27 ministries submitted reports regarding illegal recruitments in the government departments. Some 638 illegally appointed persons were working in different government departments. The prime minister, he said, expressed his strong displeasure over the laxity of the ministries, which have still not submitted their data of illegal appointments and gave them a week time to do the needful. Action is being taken against the illegal recruitments, which have been made from August 2016 onwards, the minister added.

Shibli Faraz blasted Leader of the Opposition Shehbaz Sharif for demanding fresh elections at a time when the nation is fighting the coronavirus pandemic. “Shehbaz Sharif and his family are facing serious allegations of corruption, kickbacks and money laundering. Instead of replying to the allegations, he started harping the mantra of new elections,” he said. “The Sharif family does not like to be in opposition, rather they want to loot and plunder the national wealth while being in power. The elections won by them were fair while the one in which they lost were bogus for them,” he added.

He explained that the deliberations in the NCOC meetings are recorded in the shape of minutes and Bilawal Bhutto should go through the minutes to know that on which matters the decisions were made. The NCOC decisions are being made controversial by some provincial ministers of Sindh, he added.

About the inquiry commission’s forensic reports on wheat and sugar crisis, he said that he is 90 per cent sure that the reports will be presented before Eid and in that connection, a special cabinet meeting can be summoned as well.

To a question, he confirmed that placing the name of Shehbaz Sharif on the exit control list is under consideration over his ‘corrupt practices’, but was not discussed in the cabinet meeting.