Evolution of the New Global System

It was barely over a decade ago that the Global Financial Crisis (GFC) exposed the brittle, crisis-ridden, and polarising edifices of economic, political and cultural power that structure our lives. Marx was read widely again; the Occupy Wall Street and Arab Spring movements captured the imagination of a new generation of young people and the term “crony capitalism” was mainstreamed. And at the end of it all, we got Trump, Boris Johnson, Narendra Modi, Sisi, Imran Khan and others whose leadership or lack thereof has been exposed, once and for all, over the past few weeks. But COVID-19 can prove to be a very different shot in our collective arm. Historians use the term “contingency” to refer to the outcomes in social life triggered by unpredictable events, which end up shaping the future in profound ways. As we speak, people in Pakistan and the rest of the world are breaking out of their alienated shells to do whatever they can to stem the virus; offsetting ruling establishments without the ability or willingness to respond to a burgeoning human catastrophe. The number of confirmed coronavirus cases have passed the 2.9 million mark throughout the world, and the death toll stands at over 203,000.

The world after Covid-19 is heading somewhere completely different. It seems inevitable that we will see radical changes in several spheres, such as territorial nation-states, globalisation, the global economic order, diplomatic and military relations, national interests and social life. The differences between poor and rich countries, the criteria for being considered developed and under-developed, and even domestic policies and political systems will change this pandemic. The coronavirus pandemic will have a massive impact on globalisation and “from now on, countries will follow a more sovereign policy where they meet their own needs through domestic production. This will change China’s approach that they will ‘supply everyone.”

China’s position as a centre of trade attraction will be open to debate. There will be large-scale changes economically and, as a result, an economic crisis will affect the whole world. There will be fundamental changes in the fields of education and healthcare. There will be a new culture of a more inward-looking social life and social distancing. 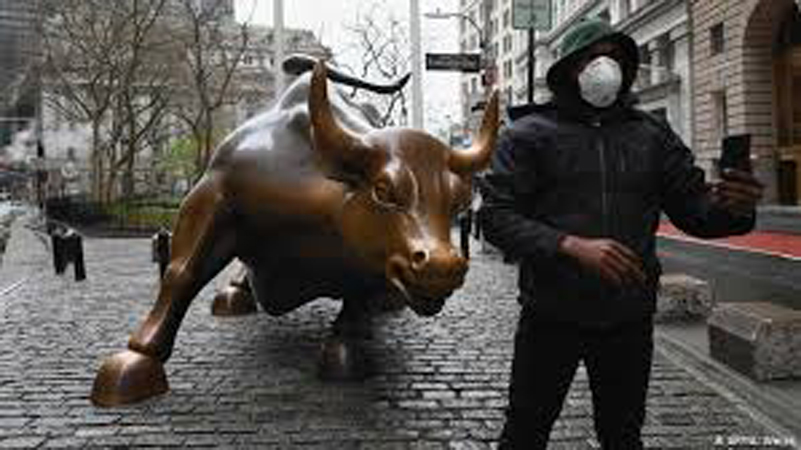 Scientists are telling us that COVID-19 is a once in a century epidemic, comparable to the Spanish flu of 1918-20, which claimed more than 50 million lives worldwide. Today, we have both the technology and means for collective action for all the world’s people to be healthy, educated, and live with dignity. Here is why more of us need to come forward to make this the contingent outcome of the COVID-19 pandemic. First, Western powers that have ruled the world for so long now find themselves at the whims of a globalised system, the inherent crisis tendencies of which cannot be confined to ex-colonies and other peripheral regions. The relentless search for profit across borders explains the origins of the virus industrial agriculture along with its spread across the world. Powerful interests in China and beyond knew of COVID-19 in December, but the logic of profit-making trumped precautionary measures.

That the rich and powerful are calling this a global crisis betrays the everyday crises experienced by the poor, oppressed ethnic/racial communities, women, and religious minorities in countries like ours. They navigate unaccountable states and brazen class privilege, let alone successive imperialist wars, perpetual state/non-state terror, and ecological breakdown. Capitalism as it plays out beyond the glam and glitter of shopping malls, gated housing communities and the fetish of commodities is a crisis, a scandal, a blot on our collective conscience. Indeed, in the event that the virus spreads in the slums, markets and farms of South Asia and Africa, the wretched of the earth will again carry the heaviest burden. Second, even if this mass pandemic does not do as much damage as is feared, it is apparent that corporate agricultural and industrial practices along with a reckless financial sector will generate more existential moments whether pandemics or fallouts, caused by global warming.

The US, the UK and other governments bailing out big business confirm that the “free market” is a sham. Spain has nationalised private hospitals; France waived utility bills and Europe is in the throes of an unprecedented push for indiscriminate basic income schemes to get working people through an impending economic recession. The fact that public health infrastructures in rich countries like the US, the UK and Italy are buckling demolishes whatever claim to legitimacy neoliberalism had left. Nation-states will become much more isolationist while developing economic policies to meet their own needs. The survival of the fittest mentality that dominates the world must give way to an organised politics to transform ourselves and the planet. For Pakistanis, it is prime time to perform our social responsibilities, not as a party worker as a nation for the development of the socio-economic structure.

The whole world is now looking inward and isolationism which is likely to be a driver for both economic and foreign policy. The global effects of the coronavirus show that the post-coronavirus world order will not be the same. We are entering a period when the phenomenon of globalisation has, in a way, collapsed; even the most democratic countries have closed their borders, and cautious, introverted nationalism has come to the fore once again. In particular, each state will learn to stand on its own two feet on the matter of healthcare. The coronavirus has started to make a profound impact on individuals, communities, and countries. What matters the most is that leaders who reach information first, manage it transparently, and invest in people instead of maintaining narrow policies, will be the winners.

The writer is a legal practitioner and columnist. He can be reached at shahrukhmehboob4@gmail.com