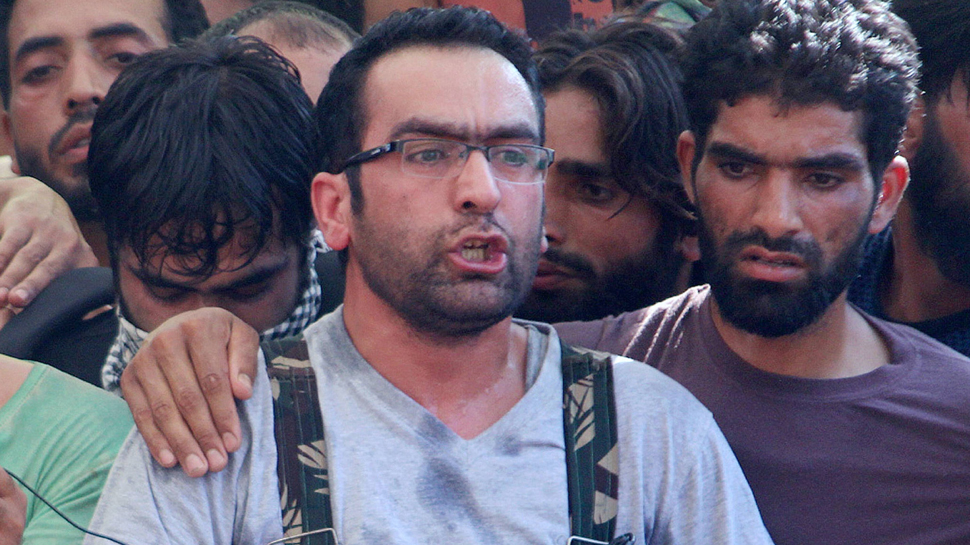 Riyaz Naikoo Shaheed alias Muhammad Bin Qasim was the operational commander of militant outfit Hizbul Mujhadeen. A resident of Awantipora district, Riyaz Naikoo was wanted in multiple incidents of killing of Indian Occupied forces personnel. Riyaz Naikoo also featured in photographs with Burhan Wani, who was killed in Anantnag in July, 2016. Riyaz Naikoo rose to the top post after the killings of Hizbul’s commander Burhan Wani. 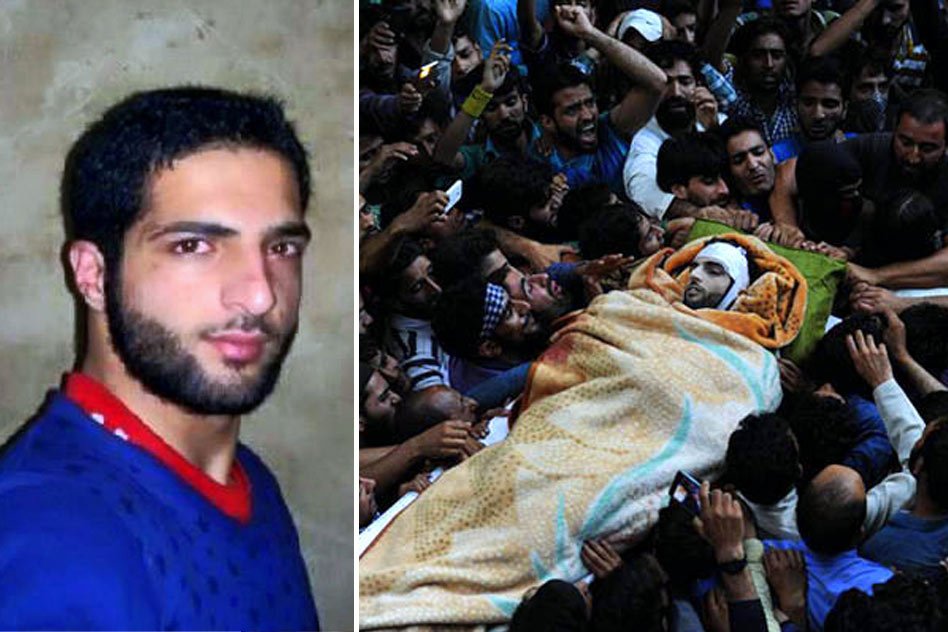 Naikoo taught mathematics at a local school before joining the freedom struggle. In 2010, when the death of a teenager from Srinagar, Tufail Ahamad Mattoo, due to a teargas shell fired by a policeman to quell protests triggered unrest, scores of youth were arrested from across Kashmir. Naikoo was one among them.

He was booked under the Public Safety Act. When he walked out of jail in 2012, he spent a few months at home, before informing his family that he planned to apply for higher studies outside J&K. On May 23 that year, Naikoo left home to meet his friends. When he did not return for some days the family started searching for him. They ultimately gave up when the police informed them that Naikoo had joined freedom fighters.

Born in 1985, he was known as ‘master’ among his friends and in his village. His father is a tailor by profession and owns a tract of an apple orchard in the village. After J&K police listed Naikoo as one of the most wanted militants in Kashmir, Indian occupied forces raided his residence multiple times, looking for him and allegedly harassing his family.

In a recent interview, Mir said “Naikoo was a good a student who was “traumatised” to see his friends being “hauled off to torture centers”.

“He wanted to become an engineer. He was good at mathematics but he ended up with a gun in hand. I only saw him on the internet since he disappeared,” Mir also said.

Riyaz Naikoo shaheed was among the oldest members of the Hizbul Mujahideen. He was the indigenous face of Kashmir’s freedom struggle and carried a bounty of Rs 12 lakh on his head by Indian Occupied forces. Naikoo came into the limelight in January 2016 when he arrived during the funeral procession of Shariq Ahmad Bhat, who had been killed in an encounter. Naikoo, who was carrying Kalashnikov rifles, made his way towards Bhat’s body and fired several shots in the air. This act was seen as a revival of an earlier tradition of paying tributes to slain militants in Kashmir. Since then, the gun-totting Naikoo was often seen at funerals.

Naikoo is hailed as a HERO among Kashmiri youth hence hundreds picked up arms and followed him in Kashmir freedom struggle. In a video in 2017, Riyaz Naikoo had said he would welcome the return of Kashmiri Pandits to the Valley. Naikoo said militants were not enemies of Kashmir Pandits. At the top in the ‘most wanted’ list of Indian security agencies.

Disputed Kashmir has been a flashpoint for more than 60 years, sparking three wars between India and Pakistan. In August 2019, the Indian government stripped the region of its semi-autonomous status and split it into two federally-run territories. Thousands of people were detained and the region remains under severe security restrictions.

On Tuesday night Multiple fields and railway tracks were dug up following inputs about possible tunnels or underground hideout. Police and army launched the operation in the Awantipora area in southern Kashmir based on a tip that some freedom fighters were sheltering there.

They used earth movers to dig up several patches of land, including a school playground, looking for possible underground hideouts, residents said. Troops blasted at least two civilian homes with explosives, a common tactic employed by Indian troops in Kashmir.

“He was trapped in a house and early today a gun battle took place during which he and his associate were killed,” Kashmir’s inspector general of police, Vijay Kumar, told Reuters news agency on Wednesday.

Indian Twitter broke into celebrations with several Indian politicians from the ruling Bharatiya Janata Party (BJP), journalists and people from other walks of life posting photos of a Hindu God killing a demon and congratulating Indian army for “eliminating” Naikoo or “dispatching him to hell”.

Minutes after Naikoo’s killing, mobile internet was suspended in Kashmir and a strict military curfew was imposed in several districts of the disputed region.

The rationale behind the move is to prevent Kashmiri people from attending Naikoo’s funeral during the pandemic. But large processions at the burials of freedom fighters are a common sight in Kashmir. Many regional observers see it as a sign of the widespread support that freedom fighting outfits like Hizbul Mujahideen enjoy among the local masses.

Since late March, Indian forces have killed 36 Kashmiri youth and labeled them as freedom fighters while losing about 20 soldiers, including a high-ranking army officer.

For decades, Kashmiri youth have fought against Indian rule in Kashmir, wanting independence for the Himalayan region or to join Pakistan. Kashmir is claimed as a whole but ruled in part by both India and Pakistan. About 90,000 people have been killed in the uprising and the ensuing Indian military crackdown. There also has been almost daily fighting over the last several months along the rugged and mountainous frontier (LOC) that divides Kashmir between India and Pakistan.