The Resolution No.2250 was adopted by the United Nations Security Council at its 7573rd meeting on December 9, 2015. It covers approximately every dimension and perspective regarding empowerment, health, education, social grooming, finance, and everything that can be contemplated for the betterment of the young generation. That is a comprehensive and historical legal instrument in which the leading organization of the world -UNSC- tabled the issues related to the young generation of all over the world. Even, youngsters with disabilities, of war-torn and conflict-ridden countries were given special attention for their bright and secure future. All points of the resolution will be covered in the next write-up with well-annotated research as these cannot be covered in this article briefly. 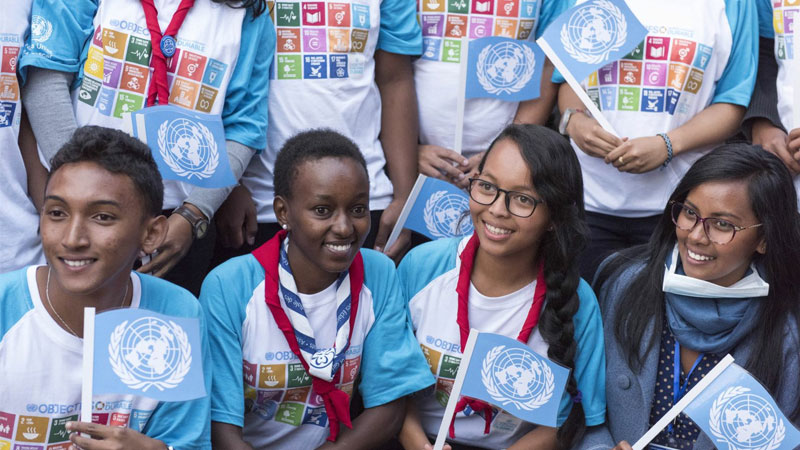 In the last week meeting of Security Council of United Nations, progress of the Resolution No 2250 was examined deeply with special reference to the challenges of youngsters which have been caused by the coronavirus outbreak, especially.

The outbreak of coronavirus has ignited the situation especially for youngsters who were students, employees, professionals, businessmen, and career builders. More than 60% people have lost jobs in the world. According to a study, one out of three youngsters has lost the job. Especially, the youth prospects are crumbling in the pandemic all over the world. Youngsters are feeling severe mental agitation because of the fear of losing jobs, especially in developing countries where rules exist but lack in execution and fair implementation.

In developing countries, the most problematic aspect is that youngsters are not aware of their basic rights and the legal protection which has been granted to their rights by the national constitution. Another thing is that young employees are hostile and slave to the industrial lobby that has money in their hands.

In developing countries, the most problematic aspect is that youngsters are not aware of their basic rights and the legal protection which has been granted to their rights by the national constitution

Many leading and well-established companies in Pakistan have forced employees to resign forcefully in Pakistan. Media and government machinery are not highlighting and addressing the issues. Even, many I.T houses deprived their employees of the option of work from home. Employees are forced to come to offices even during the lockdown. Their wages are cut. In Lahore, a leading call center forced young employees to make sure presence in office even during the lockdown. Consequently, more than 30 cases of coronavirus have been found in that house but the concerned authorities did not take stern measures to ban the company with job security to employees. Employees of that company told me that they are unable to stand up against the inhuman treatment of the company because of the fear of unemployment. They further opined that the market is shut down so no option for them to join any other company. So, not only the lives of such employees are in danger, but they are also putting the lives of their house members at risk.

Along with other participants, UN Secretary-General António Guterres examined the situation that has been created by the outbreak of coronavirus for the young generation in the Security Council during a video conference meeting. He also reviewed the five years’ performance and evaluation since the adoption of a groundbreaking resolution on youth, peace, and security.

Youngsters are confronting already with numerous issues. Their tilt toward militancy and crimes can pose grave threats to global peace as many youngsters have joined militant organizations in conflict-ridden countries such as Sudan, Syria, Iraq, Yemen, Libya, and many other parts of Africa. The epoch of coronavirus can aggravate the situation. They are deprived of their substantive rights. So, while addressing the United Nations Security Council, António Guterres opines that “The world cannot afford a lost generation of youth, their lives set back by COVID-19 and their voices stifled by a lack of participation”. He further expounded the prevailing uncertain and complicated economic, educational and mentally agitated condition by stating that “Let us do far more to tap their talents as we tackle the pandemic and chart a recovery that leads to a more peaceful, sustainable and equitable future for all”. In the meeting, UN Secretary-General issued a four-point “Call to Action” to address the challenges which are being faced by youngsters. He furthermore stated, “We must strengthen human rights protections and protect the civic space on which youth participation depends”, he continued.”

Governments all around the world should play their role to bring youngsters in the mainstream to empower them in all sectors to make them realized their importance in national and global spheres. In the epoch of pandemic, their jobs must be secured. They should encourage to assist governments to fight against coronavirus. Their energies should be utilized to promote regional and global peace in spite of stifling their voices. Stern actions must be taken against the companies which are throwing out employees by violating their terms and conditions. It is time to stop the violation of human rights to gain the confidence of youngsters and engage them in developmental and constructive activities.

The author is member of the American Bar Association, Human Rights activist and legal researcher