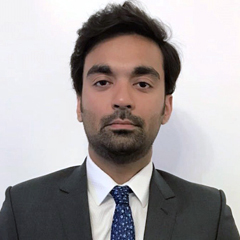 Schizophrenia affects 20 million people worldwide but is not as common as many other mental disorders. As per the Medical Legal Dictionary, “schizophrenia” is one of the group of severe emotional disorder, usually of psychotic proportions, characterized by misinterpretation and retreat from reality, delusions, hallucinations, ambivalence, inappropriate effect, and withdrawn, bizarre, or regressive behaviour; popularly and erroneously called split personality. As per New Webster’s Dictionary of the English Language “schizophrenia” is defined as “psychiatry, psychosis characterized by emotional, intellectual, and behavioural disturbances, such as withdrawal from reality, delusions, progressive deterioration; dementia praecox.” The term has also been defined in Oxford Advanced Learner’s Dictionary 7th Edition as “a mental illness in which a person becomes unable to link thought, emotion and behaviour, leading to withdrawal from reality and personal relationships.” As per Merriam Webster dictionary “schizophrenia” is “a psychotic disorder characterized by loss of contact with the environment, by noticeable deterioration in the level of functioning in everyday life, and by disintegration of personality expressed as disorder of feeling, thought (as delusions), perception (as hallucinations)”.

The critical question is, whether an offender suffering from schizophrenia should be considered as an offender of “unsound mind” in Criminal trials in terms of Section 84 of the Pakistan Penal Code 1860?

Section 84 (Act of a person of unsound mind) of the Pakistan Penal Code 1860 states that nothing is an offence which is done by a person who, at the time of doing it, by reason of unsoundness of mind, is incapable of knowing the nature of the act, or that he is doing what is either wrong or contrary to law. The principle embodied in Section 84 of the Pakistan Penal Code is based upon the maxim “actus non facit reum nisi mens sit rea” i.e. an act is not criminal unless there is a criminal intent. Any person, who seeks the benefit of Section 84 of the Pakistan Penal Code 1860, must prove that at the time of committing the act, he was of unsound mind. Nevertheless, the burden of proof would be on the accused to prove, by the expert’s evidence that he/she is suffering from such a mental disorder or mental condition that he could not be expected to be aware of the consequences of his act(s).

It is relevant to mention that the mental disorder has been defined in clause (m) of subsection (1) of Section 2 of the Mental Health Ordinance, 2001 as the mental illness, including mental impairment, severe personality disorder, severe mental impairment and any other disorder or disability of mind. Whereas, severe personality disorder is described as a persistent disorder or disability of mind (whether or not including significant impairment of intelligence) which results in abnormally aggressive or seriously irresponsible conduct on the part of the person concerned.

In the case of Safia bano Vs Government of Punjab & others, the accused who was suffering from schizophrenia was tried under Section 302 Pakistan Penal Code 1860 and subsequently convicted and awarded death sentence by the trial Court. The convict person through his wife filed the Petition for leave in the Honourable Supreme Court of Pakistan. However the Honourable Supreme Court of Pakistan in its judgement, which was subsequently reported in PLD 2017 SC 18 held that “schizophrenia is not a permanent mental disorder, rather imbalance, increasing or decreasing, depending the level of stress. The Court further held that in recent years, the prognosis has been improved with drugs, by vigorous psychological and social managements, and rehabilitation, therefore, a recoverable disease, which, in all the cases, does not fall within the definition of “mental disorder” as defined in the Mental Health Ordinance, 2001.” The Honourable Supreme Court of Pakistan consequently upheld the death sentence awarded to the convict suffering from schizophrenia. Another noteworthy example is the case of Sobia Saghir Vs The State in which the accused (suffering from schizophrenia) separated the private part of her husband with a sharp-edged weapon. The Shariat Court (AJ&K) dismissed the bail application of the accused on the ground that the accused slipped away from the trial Court and on the ground that the accused (who was suffering from schizophrenia) did not appear in person.

The general population is concerned with public safety and often finds it difficult to accept the possibility that a mentally ill individual who commits a crime can be hospitalized and eventually discharged, sometimes after relatively short time

The American psychological association defines schizophrenia as “a serious mental illness characterised by incorrect or illogical thoughts, bizarre behaviour and speech and delusions or hallucinations. Whereas the World Heath Organization (WHO) describes Schizophrenia as a chronic and severe mental disorder. According to World Heath Organization (WHO) people with schizophrenia are prone to Human Rights violations, both inside mental health institutions and in other communities. Stigma of the disorder is high which contributes to discrimination which can in turn limit access to general health care, education, housing, legal rights and employment opportunities. More so the discrimination and different forms of violation of basic Human Rights of people with schizophrenia is unfortunately common. According to WHO more than 69% of people with schizophrenia in the world are not getting appropriate care. Word Health Organisation’s Mental Health Action Plan 2013-2020, endorsed by the World Health Assembly in 2013, highlights the steps required to provide appropriate legal services for people with mental disorders including schizophrenia.

“Diminished responsibility” and “not guilty by reason of insanity” are well-established legal defences in United Kingdom and USA and in some circumstances; these defences can even prevent a case being fully tried in the Court. A diagnosis of schizophrenia, bipolar schizoaffective disorder and much other psychosis related conditions could be sufficient for a defendant to be certified as unfit to stand trial, let alone be sentenced and punished for the crime.

There is continuing conflicting opinions and mechanisms regarding the appropriateness of treatments and punishments for mentally ill individuals or offenders who commit crimes. The general population is concerned with public safety and often finds it difficult to accept the possibility that a mentally ill individual who commits a crime can be hospitalized and eventually discharged, sometimes after relatively short time. Here the responsibility falls on the Courts to determine the number of years of treatment required according to the crime. This dilemma has no unequivocal solution. The goal is to reach a balance between the right of the patient to treatment and the responsibility of the courts to ensure public safety. This is somewhat controversial amongst the non-scientific community due to the lack of understanding of schizophrenia or any other mental illness. People may accuse patients of faking it to avoid facing up to their crimes, or see mental disorders as a lesser form of illness that people should just get over with.

Now the question is, what must be done in Pakistan?

Because of the numerous findings, research and reports by the different international renowned Health Organisations in the world suggesting schizophrenia a serious mental disease, the National Judicial (Policy Making) Committee of Pakistan must officially declare the offenders suffering from schizophrenia as an offender of “unsound mind” in terms of Section 84 of the Pakistan Penal Code 1860 and in terms of Section 464, 465 and 466 of the Criminal Procedure Code and The Mental Health Ordinance, 2001 and Rule 441 & 444 of the Pakistan Prison Rules 1978.

The writer Advocate Of The High Courts Of Pakistan