Even though China is Australia’s biggest trading partner, its relations with Canberra remains strained. As Australia is a US ally, China tends to regard its critical stance on its policies and actions as reflecting US interests, as in Australia’s call for an international investigation of COVID-19, which I will come to later. In other words, Australia follows the US when it comes to relations with China. 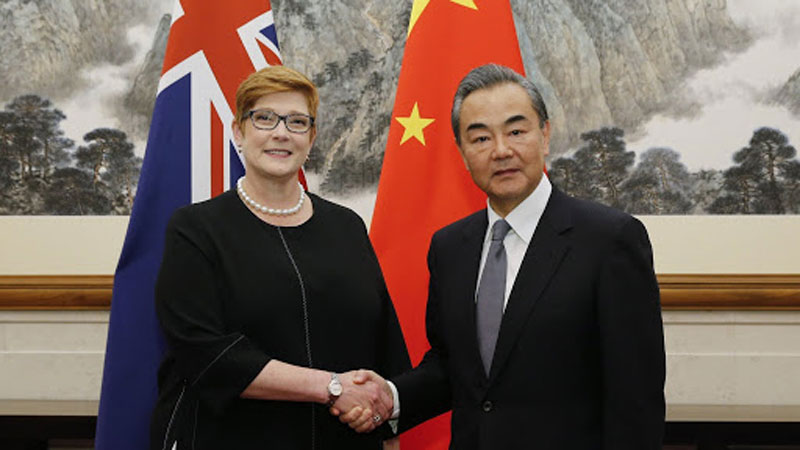 Australia, on the other hand, tends to regard China as seeking to dominate the region, including Australia, which should accept Beijing’s view of the new regional order. In other words, as Malcolm Turnbull, Australia’s former prime minister, has written in his memoir, that China’s conduct towards Australia amounts to “bullying”, and attempting to coerce Australia economically.

At the same time, China is engaged in large-scale espionage in Australia. According to Turnbull, while many countries spy on Australia “what’s become increasingly apparent over the last decade is the industrial scale, scope and effectiveness of Chinese intelligence gathering and in particular cyber espionage”.

He adds, “They do more of it than anyone else, by far… They target commercial secrets, especially in technology, even where they have no connection with national security. And, finally, they’re very good at it. A last point, which speaks to the growing confidence of China, is that they’re not embarrassed by being caught”. Australia, of course, has been taking steps to prevent China from doing all this and more which has soured their relationship but, so far, Chinese pressure was not exercised publicly.

But the coronavirus epidemic, starting in Wuhan, has brought Australia-China differences to the open. It started with Australia pushing for an international enquiry into the outbreak of the COVID-19 epidemic, which would obviously include its origin in Wuhan, the level of transparency about its spread, as well as World Health Organization’s likely ‘China-centric’ (as Trump put it) role seeking to portray China’s handling of the epidemic favorably; not withstanding Beijing’s failure to communicate its outbreak for quite some time, thus denying other countries’ valuable time to take it head on and thus reduce the number of infections and fatalities that followed all over the world.

Australia, on the other hand, tends to regard China as seeking to dominate the region, including Australia, which should accept Beijing’s view of the new regional order

Australia’s call for an international review, possibly by an agency with powers similar to those of international weapons inspectors, sought to present it as a precaution to minimize future tragedies of the kind. But China wasn’t buying it, describing Australia as “dancing to the tune of another country” and “parroting what those Americans have asserted”.

This is not all. China’s ambassador to Australia, Cheng Jingye, has threatened that Canberra’s push for an international investigation of coronavirus outbreak will result in reprisals, with Beijing boycotting lucrative (to Australia) economic exchanges, such as Chinese students studying in Australia, Chinese tourism, buying Australian beef and so on.

And this is a very serious threat to Australia’ economy, with China accounting for a quarter of all Australian exports, worth A$153 billion in 2018-2019. And despite irritants in their relationship in the last few years, these exports were growing at 10 per cent a year for the past five years. For instance, export of iron ore and coal reportedly account for 25 per cent of the total value. If China means what its ambassador has said in an interview with the Australian Financial Review, this will have detrimental effect on Australia’s economy, especially in the post-COVID-19 economic restructuring phase.

However, recent strains in Australia-China relations so far (before the inquiry call) hadn’t fundamentally affected their relationship, apart from China delaying clearance of some goods from Australia now and then. And, in the past, it hasn’t issued any public threat, which means that it doesn’t like the idea of some sort of international inspectors barging in to explore China’s handling of the virus outbreak in Wuhan, especially when Beijing denies that the virus started there.

Even though the threat to Australia’s economy is serious, on the face of it Australia is not backing down, though Australia alone cannot let the inquiry ball rolling. Prime Minister Scott Morrison’s reported phone calls to German Chancellor Angela Merkel and French President Macron do not seem to have elicited much interest, though Morrison is persisting with it.

Trump might find it embarrassing for China, but he is following an isolationist policy when it comes to international institutions by suspending/stopping US financial contribution to WHO. Could it be that the call for an inquiry might simply just fade away or Australia will back off, as there is considerable internal pressure from business interests and others? After all, the economics stakes are quite high, with not much political/strategic gain on the face of it.

At the same time, any back down from China’s reprisal threat might seek to muzzle Australia from being too critical of China’s regional policies, such as in South China Sea, where it is even more strongly asserting its control over the island chains. It will be interesting to see how it all plays out.