Only fools speak truth to power

‘Only fools speak truth to power’, Adorno says, should help this truth to find the consciousness of its reason or else it can be perished by the vulgar common sense. 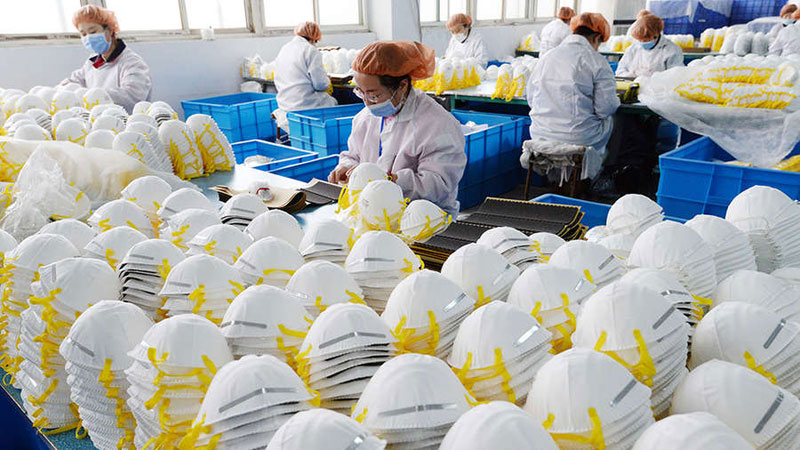 On May 1886, the workers of Chicago found the consciousness of the reason of their truth and broke free from the pitiless common-sense and bade blessed ‘no’ to their duty. Only fools stupefied neither by the power of the opponent nor by their personal powerlessness could have transcended the bourgeois wisdom in taking such a drastic step. In the critical hour of ‘to be or not to be’, the courage to face the mighty and omnipotent without hope depicted the conviction and the consciousness of its reason they stood for.

The break had occurred, the refusal to accept the servitude brought them to Haymarket. The peaceful protest was against the evil web of capital squeezing the flesh and labor of their bodies, churning them into coins, by extracting surplus through socially unnecessary labor time. They wanted to restrict the exploitation to eight hours a day, the first decisive step in their struggle to achieve socialism.

The coercive state immediately came into action to preserve the law and order. These words have an ominous sound, ‘the entire necessity and horror of force’, Marcuse says, ‘are condensed and sanctioned’ in them. However, to unleash horror one needs a pretext no matter how sham it is and someone invariably obliges the sadistic impulse of the state to pour its gall on innocent people. Someone threw a bomb, a reason enough for the police to open fire on August Spies’ ‘good, honest, law-abiding, church-going citizens’.

Every crime needs an investigation, but it must limit itself to the immediate cause without ruffling the established system. The stage in this case, was prepared to play a theatrical drama of a Kafkaesque trial. It ended up convicting eight people ‘in a sensational and controversial trial in which the jury was considered to be biased and no solid evidence was presented linking the defendants to the bombing’ (History, 2020).

The rest became the blazing history of those who labored to create the world every day with their hands and gave their lives on the gallows with dignity. Those electing to inflict the necessity and horror of force on the protestors went where they belonged – to the dustbin of history.

‘Is religion still possible after Auschwitz’, Marcuse once wondered – it is not. However, for Adorno what is impossible is possible. In advanced industrial societies, capitalism shaped itself into a religion, replacing god with money and gospel with power while in the underdeveloped countries it masqueraded itself behind the religion, making it a tool to enhance the designs of the market economy, a Hobbesian pill, a commodity for the market, but a lethal poison for the heretics.

For socialism, the demise of the Soviet Union interred the question of its viability, it became a utopia lived by the fools. Every struggle waged in its name, every sacrifice made to create a better world became an aberration or adventurism. The proverbial end of history left no room for any alternative, even a possibility of debate became impossible. Capitalism, a kosher became a divine law.

People were not altogether wrong in their assumptions. Those living in a competitive society cannot imagine freedom. The realm remains elusive to them for two reasons: the omnipotence of capital paralyzes the thought process of the alienated subjects and the lack of alternative engraves the false reality as the only course available to them. The consumer culture not only kills all dispositions for the alternative but also erases the past. The Soviet Union was swept under the carpet, it never existed.

‘If you threw the fact out of the window’, Emerson says, ‘you would come back later to find it sitting near the chimney corner’. The capitalist intellectuals know what they had thrown out is coming back to haunt them. The massive production of commodities and the wage cutting slashed the buying power of the masses; hence, the loss of profit and the need to find cheap labor through Lebensraum brought enough perdition on humankind to look for an alternative that ironically emanated from the contradictory rationality of the old. Capitalism not only produced the instrument for digging mass graves but sold them to its gravediggers too. The dialectical logic of Marx has come full circle.

The coronavirus pandemic has hastened the fragile busting cycle of capitalism. The war economy had to be reversed to provide relief goods to the masses. In a sullen stroke of a callous but changing fortune, the nukes, the NATO, and the Pentagon have all become worthless. Human life rather than economy has to take precedence, but the privatized health structure, the scarcity of resources within abundance, is the impediment; the inhuman system has left humanity exposed to the nightmare of a pandemic.

The right of monopoly of imperialist violence ingrained in the psyche of the capitalist states is so deep that they never imagined themselves standing at the receiving end. Thinking of coronavirus as an affliction of the developing countries, in their atrocious brazenness, they considered themselves immune to the calamity. Once it struck a mighty blow to Italy, it left them bewildered. Instead of the white man’s burden, the white man found himself a burden for the humanity. The victims, however, largely belonged to the working class and the vulnerable segments of the society. In choosing those who were productive and better suited for survival, doctors did not remain messiahs but had to play god. To kill the vulnerable was the first choice of fascism, Hitler lives and so does capitalism.

The western culture of privacy, in reality privation, has atomized the person systemically. The taboo against unproductive talk and inability to talk to a stranger without business, are the features of the western minds. Not the society, but the self-preserving individual is the only reality. Since the younger generations are less likely to suffer the affliction of Corona, but as potential carriers, saving the community has suddenly become their sacred duty. By a quirk of coronavirus, the hackneyed sense of community, diminished by capital, has staged a comeback. The culture that intentionally encouraged isolation is now imposing social isolation to reduce the burden on hospitals by recalling and reinforcing the concept of individual responsibility to an obsolete collectivity. It is a somersault, which self-preserving minds are refusing to accept; they negate the appeals.

Despite inflicting massive mortality and economic morbidity, coronavirus, akin to any other virus, is bound to eclipse. However, it has revealed the class nature of the capitalist state all over the world. It lends its helping hand to the handful of usurpers needing no help while dumping the whole mass of people offering few crumbs or none. It nationalizes the losses of the rich, while socializing them with the public. “In four weeks the billionaire class has added $308bn to its wealth – even as a record 26 million people lost their jobs” (Guardian, 26 April).

For the optimists, Corona is likely to bring a shift in the vision of the ruling classes. ‘The capitalist society’, Albert Parsons standing before the gallows stated, ‘is not itself, unless it commits wholesale outrages upon the proletariat and afterwards gloats over its victims’. The dawn of 1886 awaits the upsurge of the proletariat to weed it out. From the soil of hypocrisy no tranquility sprouts, Spinoza knew it.

The writer is an Australian-Pakistani based in Sydney. He has authored several books on Marxism (Gramscian and Frankfurt Schools) and History