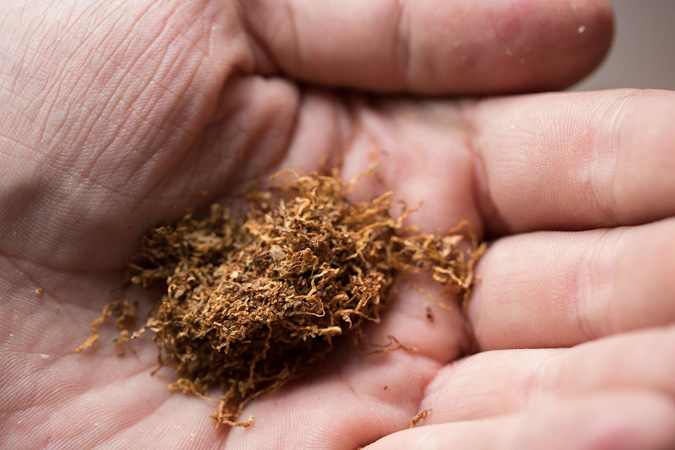 Illegal cigarettes trade in Pakistan continues to grow every day and law enforcers are not equipped to tackle the issue through long-term policies. It has been estimated that the cost of tax evasion from illicit cigarettes could be far worse in 2019-20. It is expected that the revenue losses from such evasion could reach Rs 70+ billion this year.

According to the latest reports, Illegal cigarettes account for nearly 37% of total consumption in Pakistan. The illicit cigarettes share increased almost 6% in one year and there are multiple factors behind this increase. Data shows that the number of cigarettes smoked annually has not declined and is still the same at around 85 billion sticks which means the consumption won’t decrease until the illicit tobacco brands are not restricted from being sold in market.

One key factor is pricing differential between brands of legal industry and illegal cigarettes packs available in the market. According to Neilson research, 86% of the brands produced by the local cigarette manufacturers are sold below the minimum selling price mandated by the Government of Pakistan. Prices of cigarettes, particularly of tier-2 category consumed by lower and middle income groups marketed by duty paying cigarette industry, rose to the price levels of around 80 per 20 cigarettes whereas cigarettes marketed by non-duty paying illegitimate cigarette industry were available in the market in the price range of Rs 25 to Rs 30 per 20 cigarette packet.

A declining legitimate market share affects the commercial viability of legal cigarette manufacturing operations in the country. PMI’s recent closure of its factory in Kotri was linked to the widening price gap between legal and illegal products and if this continues to grow then a similar outcome cannot be ruled out for Pakistan’s other legitimate cigarette factories. In other countries, illicit trade has been cited as the reason behind closure of legitimate industry’s operations, Japan Tobacco International and BAT recently took the decision to close their factories in Malaysia due to unsustainable competition from the illicit trade in cigarettes.

According to FBR sources, the excise duties and sales taxes levied on cigarettes represent an important source of revenue for the government. The Federal Excise Duty and sales taxes levied on cigarettes generated Rs123.9 billion in government revenues in 2018-19 alone. But while these revenues are significant, the government is missing out on a further substantial sum.

The State Bank of Pakistan (SBP), in its report, has also mentioned that cigarette production fell by 29.3 percent in first half of this fiscal year (FY20) compared to last year (FY19). The re-introduction of two-tier tax structure and continued competition from counterfeits and smuggled alternatives hindered the industry’s progress in first half FY20. In such scenario, the federal government may not be able to generate its targeted revenue, the SBP warned.

According to industry experts, Consumers buy illegal cigarettes because, by evading both excise and sales taxes, they are much more affordable than legal, tax-paid alternatives. By evading these levies, the illicit trade is depriving the Pakistani government of much-needed revenue.

Leading financial experts also warned the authorities to look into the matter of illicit cigarettes trade seriously before it gets too late and legitimate industry start winding up their businesses from the country and that will not only dent the major tax collection but will also create a huge unemployment in the market. Almost 70 thousand families are directly and indirectly associated with tobacco sector.

According to World Health Organization, Weak governance/lack of high-level commitment, Ineffective customs and excise administration, Corruption and complicity of cigarette manufacturers, Presence of informal sectors/distribution channels and Population perceptions and social economic status are enabling factors of illicit trade in tobacco. WHO says that globally ability of administrations to effectively tackle illicit trade in many countries is hampered by lack of commitment by high-level officials and if we see the case of Pakistan then it will be easy to understand that many local tobacco manufactures involved in illegal trade are parliamentarians.

World Bank also recommended implementing effective policies to counteract the tobacco smuggling and other kinds of illicit tobacco sales in line with the provisions of the FCTC Protocol to Eliminate Illicit Trade in Tobacco.

Economic experts urge government to stringent enforcement actions against people involved in illegal trade of cigarettes and introduce better taxation policies so that government is able to bring these illicit cigarette manufacturers in the tax net rather losing billions and billions annually in the hands of tobacco mafias.