China: from peace-maker to torchbearer of development in Afghanistan 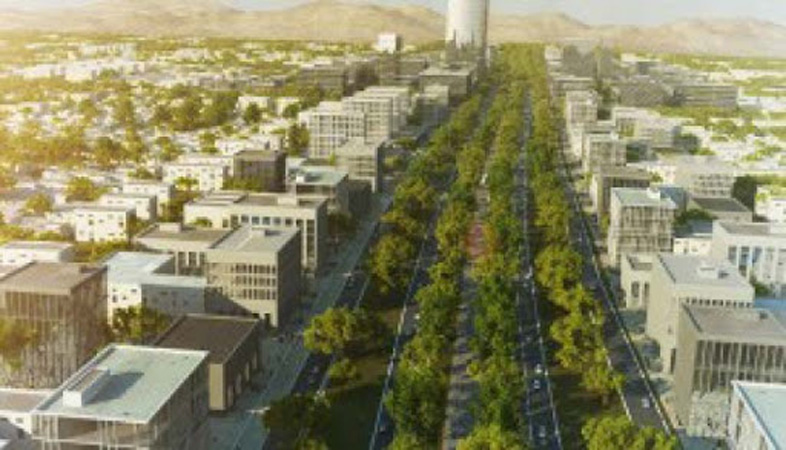 Amid political uncertainty, delay in the start of intra-Afghan peace dialogue and the outbreak of coronavirus, Afghanistan appears to be reaching a ‘defining moment’ as it struggles to emerge from the decades of conflict. Since signing of a peace agreement between United States and the Taliban in Doha on Feb 29, 2020, though some recent developments like formation of an inclusive Afghan negotiating team and progress towards exchange of prisoners reflect the ‘promise of peace’, a few more events, however, indicate that the spoilers of peace are still active and influential. While initial zeal and expectations of Afghans from the US-Taliban peace deal have fizzled a bit after delay in prisoner exchange as well as expected start of intra-Afghan talks, political crisis in Afghanistan has weakened the existing governance and also damaged its reputation.

Common Afghan people view these developments with despair as political opponents carelessly play with the peace deal-related initiatives, only to the undermining of life and security of the people. Proxies are still active in Afghanistan, with National Directorate of Security (NDS) playing politics through violence attributed to the Islamic State Khorasan Province (ISKP). Recently, the ISKP mysteriously opted to surrender to the Afghan intelligence after having been comprehensively defeated by the Taliban initially in Nangarhar and finally in the Kunar provinces. Ironically, the ISKP has also accepted responsibility for multiple attacks in Kabul, including recent attack on a Gurdwara targeting the Sikh community. Such incidents show that there is much behind the scenes also going on.

Among some other regional and global players, China has always been a strong advocate of peace and stability in the war-torn neighbour and has always preferred to see an Afghanistan with internal stability and a functional government acceptable to all the stakeholders. While China has been taking keen interest in the developments in neighbouring Afghanistan for long, its role in promoting the peace process came to notice first in early 2015 when it coordinated with Pakistan to host a meeting between a Taliban delegation and Afghan government officials in Urumqi, the capital of Xinjiang province.

China’s relationship with Afghan government as well as Taliban has always given it a special role in negotiations between the two sides, with Beijing consistently issuing visas to Taliban representatives to visit China for meetings and at the same time providing much-needed assistance to the political government in Kabul vis-a-vis country’s development, growth and security. As of today, with multi-billion dollar investments in different development projects, China is the largest foreign investor in Afghanistan.

China first entered Afghanistan as a major investor and developer in 2007, when it won a $3.5 billion contract to operate the Ayanak copper-gold mine in the country’s eastern Logar rovince. Then, it also invested in oil and gas exploration projects and railway infrastructure development. According to reports, China has provided more than $70 million in military aid alone to the Afghan government from 2016 to 2018.

Afghanistan was not initially included in the map of China’s trillion-dollar BRI program when it was launched in 2013. In recent years, however, Beijing has shifted focus and increased its stakes in Afghanistan, which desperately needs infrastructure development projects. The $60 billion CPEC program contains transportation infrastructure projects that can be extended to Afghanistan, thereby further integrating it into the Belt and Road Initiative.

At a recent ‘6+2’ format video conference on Afghanistan at the United Nations, China once again firmly supported the ‘Afghan-led and Afghan-owned’ peace settlement and also called on all parties in Afghanistan to put national interest first and strive for early launch of intra-Afghan dialogue. It has called on the parties concerned to ensure that the withdrawal of foreign troops in Afghanistan is conducted in an orderly and responsible manner. According to Beijing, achieving lasting and sustainable peace and prosperity in Afghanistan requires a solid economic and social foundation, and that all efforts should be made to help Afghanistan reintegrate into regional cooperation based on its own advantages. Noting that Afghanistan and Pakistan have started transporting goods through Gwadar Port as part of China-Pakistan Economic Corridor, China has welcomed Kabul’s integration into the regional economy.

No country acting alone can make peace happen in Afghanistan. Facilitating the peace process has to be a shared responsibility. And, China is uniquely placed to use its influence with Kabul and the Taliban and its friendly relations with Pakistan to play a constructive role in promoting peace in the war-ravaged country. At the same time, Chinese investment is also critical for the country’s future post-conflict reconstruction and economic development. People of Afghanistan very well understand the role China has already played to make peace dialogue between US and Taliban succeed. Peace spoilers are continuously trying to spoil Chinese efforts through disruptions in the peace process. However, Afghans understand who stands for peace and prosperity of their nation and who is just playing politics for its own vested interests. Chinese strength and development model through engagement and connectivity is the best option for Afghans.