‘It all started with Ibrarul Haq’s ‘Boliyan,’ in which I was cast opposite Saba Qamar’

* ‘I wanted to be an actor since childhood,’ Shahjahan Rana says 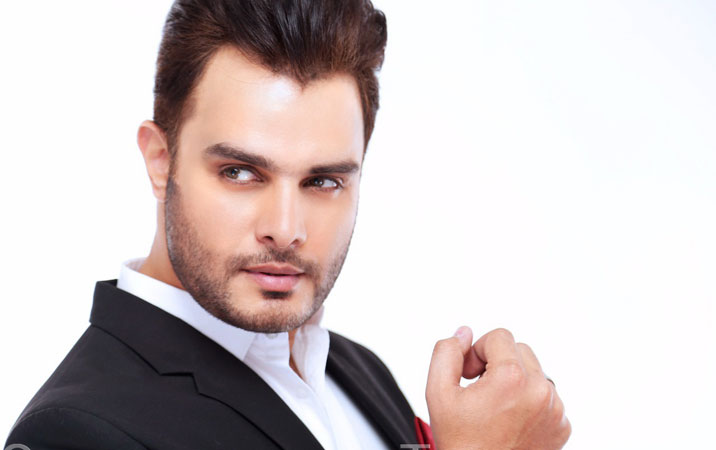 Remembered mostly for his role of a terrifying ghost in ‘Rahiye Na Aap Humare Ghar,’ Shahjahan Rana is one of those few Pakistani actors who have both Urdu and Punjabi serials to their name.

Rana strives for character roles instead of always going for heroism, causing many to think that he does not frequently appear on television. However, he has done countless serials, both serious and comic, with top-notch directors and has also been consecutively nominated twice for the best regional actor award.

How did you enter the drama industry?

I was interested in acting from my childhood. I was an active participant of the dramatics club at school and always wanted to take my passion ahead. In the street in which I resided, known as Fankaar Gali (The Artists’ Street), veteran creative artists such as Salman Sahihd, Begum Khurshid Shahid and Mustansar Hussain Tarar used to live. I tried to approach them in order to help me with television but all in vain. I then came across Dr. Younas Butt who in those days, was planning a Ramadan show as the holy month was drawing near. When he said to me that he is focused on a religious show for the time being, I offered myself as a naat reciter. He called me the next day and my naat on Ptv’s Ramadan show went on air. From then onwards, I regularly started to appear on television and people began to recognize me. However, since I was more into acting, I went to PTV Studio one day for giving an audition, where I started asking questions from the operator out of curiosity, telling him that I had come for an audition. The operator said to me that I either needed to go to Islamabad for the auditions or make my way into acting through radio. Considering the latter a better option, I went to the radio station where I met Rehana Siddiqui. Seeing my hazel eyes and fair complexion, she said to me that television is what is meant for me. From there, she referred me to Tariq Jameel who was focusing solely on direction back then. I went to him, trying to forcefully park my bike in his studio. The guards stopped me and called Jameel sahib first. I had to give Rehana Siddiqui’s reference so that he could recognize me. From a pile of old, dust-covered scripts, Tariq Jameel pulled out one and gave me an excerpt to read, which I did satisfactorily. I was asked to wait for a few days for their call, which came after three days. As my recording was the very next day, I quickly packed a bag full of clothes and headed towards the studio, where I got to know that so many clothes aren’t needed. Mine was only a guest appearance. Although embarrassed, I did my two to three scenes, after which I also made a few appearances in popular sitcoms of those times such as “Family Front” and “Shashlik”. It was Ateeq ur Rehman who gave me a complete serial. Known as “Rahiye Na Aap Humare Ghar”, it was a comedy project in which almost every Pakistani actor performed, and mine was a stock character amidst their guest appearances. That serial opened up a lot of doors for me. Then I met Mohsin Jaffar, the current executive producer of PTV, and later on Dilawar Malik who signed me in his play, “Ikisween Saddi” (21st Century) against Fizza Ali.

You have done a lot of work for ATV. Tell us more about that.

Yes, ATV was newly launched back in those times, and the serial which I mentioned earlier, “Ikisween Saddi” was my first project for that channel. On the same channel, I worked in multiple plays such as Faheem Bhatti’s “Kaanton Se Dosti”, Asif Ali Pota and Sohail Sameer’s “Sukhaan” and Khalil ur Rehman’s “Uss Paar”.

Did you return to PTV after that or continued with ATV?

Of course, I did. I returned to PTV with Kashif Nisar’s “Khalida Ki Walida” and Azeem Sajjad’s “Kaaghaz Ke Phool” and also did countless Punjabi serials. There was a time when I used to be on the sets on a daily basis, enacting a part in almost every Punjabi serial of PTV. Some of those include “Chaanan”, “Des Pardes”, “Mitti De Khidonay” and “Tee Rani”. In those days, I worked with Ilyas Chaudhry, Agha Qaiser Abbas, Matloob Baloch and Saif-ud-Din sahib.

How did you come towards private channels?

Dilawar Malik, the director of “Landa Bazaar” and “Boota from Toba Tek Singh” took me to Karachi for his HUM TV serial, “Wafa Kaisi Kahan Ka Ishq”, in which I performed with Sunita Marshal and Fahad Mustafa. He also advised me to let go of my reserved attitude and socialize with people, as a result of which I met Asif Raza Mir and Baber Javed, whose production house, A & B Productions was taking its initial steps back then. The production house had decided to come to Lahore, and asked me to stay on stand-by for that project. When in Lahore, they called me through their assistant and then I got hold of the project, “Siraat e Mustaqeem” which went on air on Express Entertainment. After that, they invited me to Karachi again and roped me in for Mohsin Mirza’s directorial project, “Sabz Qadam”. “Sabz Qadam” resulted in a lot of serials coming my way, such as “Khuda aur Mohabbat 2” directed by Osama Raza, “Rani” directed by Syed Faisal Bukhari and “Bela-Pur Ki Dayan” directed by Saif-e-Hassan.

How was it like working in ‘Bela-Pur Ki Dayan?’

The most interesting aspect of my career is associated with this serial. Although a lot of people assume that I am Yousaf Shakeel’s son, “Bela-Pur Ki Dayan” almost stamped the assumption as correct by giving me the role of Shakeel sahib’s young age. Since it was a period play, all the characters’ young ages had to be depicted. While it was managed through make-up for the other actors, Shakeel sahib was the only person for whose character another actor was brought, and that was me. Saif e Hassan and Adnan Siddiqui were dumb-struck at the resemblance that came to be presented on screen, and Shakeel sahib’s family would often come to visit me on the sets.

How did you happen to enter modelling?

It all started with Ibrar-ul-Haq’s “Boliyan”, in which I was starred against Saba Qamar. Then there was no stopping it and I went on to work with greats like Khawar Riaz, Athar Shehzad, Aamir Chishti, Faisal Khan and Azeem Saani. In commercials, I was introduced by Shehnaz Sheikh’s husband, Seerat Hazir. Apart from him, I have also worked with Atif Rasheed and Hassan Khan.

How do you feel about the downfall of Lahore’s drama?

It’s sad how the downfall came as a result of the debauchery of a few producers who would keep others’ money. With such practices, downfalls become inevitable. But I am not disappointed at all because dramas being made in Karachi are also our own dramas. The cast is often an amalgamation of various cities’ performers, making the projects Pakistani projects after-all. Drama, like all other genres of art, also goes beyond boundaries.

A serial by the name of “Zindagi Mujhe Jeene De” and a sitcom, “Thaana TikTok” are in the pipeline.

What is that one thing on which you do not compromise as an actor?

Respecting senior actors is what matters for me the most. They are people who have given us quality stuff and are academies to learn from. Therefore, I hold all the senior creative artists of Pakistan very close to my heart.