Islamophobia: India teeters on the brink of a disaster 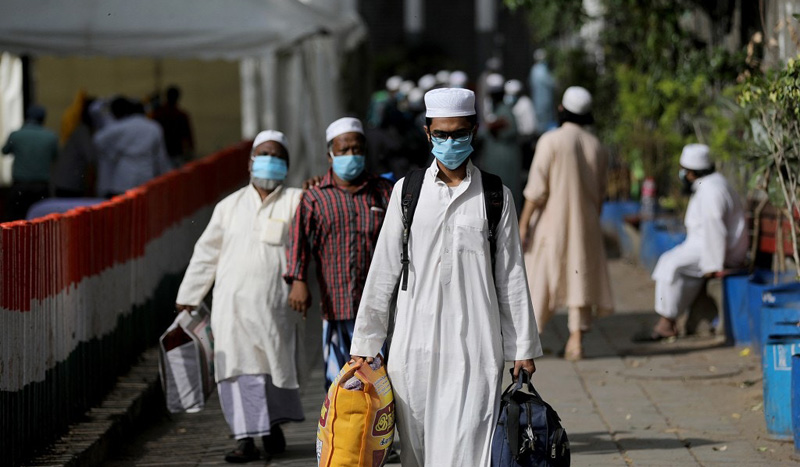 In India, no other group has been demonized more than the country’s 200 million Muslims, a minority in a Hindu-dominated land of 1.3 billion people, ever since Narendra Modi-led extremist government came to power in 2014, which has expressed its anti-Muslim bias not only through verbal statements but also by discriminatory legislations and strategic silences whenever Muslims were attacked by the Hindu nationalists. The things recently took a turn for the worse when the extremist government of Bharatiya Janata Party blamed Tablighi Jamaat as being responsible for a large share of India’s coronavirus cases and, consequently, a spree of anti-Muslim attacks broke out across India. While the crimes against Muslims in India increased, attacks from right-wing Hindus on social media also saw a sharp rise as the coronavirus pandemic was given a communal angle by the Indian media. And this didn’t remain confined to India itself. Under the influence of the Hindutva ideology, abusing Muslims and denigrating Islam also become normality for most of the Indian Hindus working in the Gulf countries.

The fast rising Islamophobia from Indian expats living in the Gulf nations has recently come under the radar of many Gulf citizens, activists and intellectuals. Right-wing Indian expats in Gulf countries like Saudi Arabia, United Arab Emirates, Kuwait, etc, have been found involved in blaming Muslims for the spread of coronavirus, which also led them to criticise Islam and dub the spread of virus as ‘Corona Jihad’ on social media. Despite many Indians sacked by the Gulf States for their posts on social media, there is a growing list of expats who are still posting Islamophobic posts. Due to anti-Muslim bias in media and even official messaging over coronavirus outbreak, the intelligentsia in Gulf countries has started critically examining the ruling BJP’s attitudes towards Muslims and Arabs. Discriminatory comments against Muslims, fuelled by the narrative that they are spreading Covid-19, have sparked anger in the Muslim community and the hostility towards Muslims has been criticized by many influential Gulf citizens.

Even Princess Hend Al Qassimi, a member of the royal family of the United Arab Emirates, jumped in to school Indians over the Islamophobic tweets. “The ruling family is friends with Indians, but as a royal your rudeness is not welcome. All employees are paid to work, no one comes for free. You make your bread and butter from this land which you scorn and your ridicule will not go unnoticed,” she posted on her Twitter handle. “UAE law applies on nationals and non-nationals in terms of hate speech,” she went on to say. “Anyone that is openly racist and discriminatory in the UAE will be fined and made to leave. An example,” she warned, in a strongly worded statement. “I knew India, the country of Gandhi, a country which suffered enough. The whole world is on its nerves with Covid19, but the hate should stop.”

UAE’s Guinness world record holder Suhail Al Zarooni tweeted that UAE has hosted and interacted with many communities of various religious backgrounds, so it can never support any element which disrespects any sentiment of any religion.

Noora Al Ghurair, an Emarti businesswoman, called out another Twitter user, who is based in Dubai for past 20 years, for her tweet against Sunni Muslims. Noora tagged Dubai police and warned that “any call for boycott & hatred will not be accepted in our lands.”

Mejbel Al Sharika, a Kuwaiti lawyer and Director of International Human Rights, announced to voluntarily adopt the cause of Indian Muslims at United Nations Human Council in Geneva. He has also called on Indian Muslims to help in documenting the evidence of violence.

Columnist of Kuwait’s Al-Anba News Dr Mohammed Al-Sharika tweeted in support of Indian Muslims that they are subjected to radical practices and most brutal crimes, and urged the International community to take action to save lives. In another tweet, he called the injustices and crimes committed against Indian Muslims as ‘hostile and crimes against humanity’.

Saudi scholar Sheikh Abidi Zahrani responded to this hostility by urging governments in the Middle East, especially the Gulf, to clamp down on anyone showing sympathy with extremist Hindu ideology. “I propose to all respected followers to list all militant Hindus who are working in the GCC and spreading hate against #Islam #Muslims or our beloved Prophet PBUH under this #hashtag #Send_Hindutva_Back_home show a copies of their bio,” he posted on his Twitter handle.

The United States Commission on International Religious Freedom also recently said it is concerned about stigmatization and blaming of Muslims for the spread of the disease, and cited a report that a hospital in Gujarat was segregating patients by faith in Covid-19 wards. In what looked to be a double blow, the Modi government received another criticism from the 57-member Organisation of Islamic Cooperation (OIC) for increasing Islamophobia. “[We] urge the Indian Govt to take urgent steps to stop the growing tide of Islamophobia in India and protect the rights of its persecuted Muslim minority as per its obligations under international Human Rights law,” OIC’s Independent Permanent Human Rights Commission said in a statement.

Feeling the political heat, Modi tried to calm things out, playing the ‘diversity card’ to distract India’s critics in the Gulf. “Covid-19 does not see race, religion, colour, caste, creed, language or borders before striking. Our response and conduct thereafter should attach primacy to unity and brotherhood. We are in this together,” he wrote on Twitter.

This is probably for the first time that the Muslim World, especially the Arab elite, is closely watching and commenting on the targeting of Muslims by India. At the same time, India-Gulf bonhomie also looks to be on the verge of collapse amid fault lines triggered by recent hate campaign against Muslims in the wake of Covid-19 outbreak. In such a situation, Pakistan needs to capitalize on the opportunity and pressure India to give rights to the people of occupied valley of Kashmir who remain under lockdown for months despite the outbreak of Covid-19, including right to self-determination as per resolutions of the United Nations Security Council. As India teeters on the brink of collapse, it needs to sense the gravity of the situation and banish its Hindutva agenda before it’s too late.