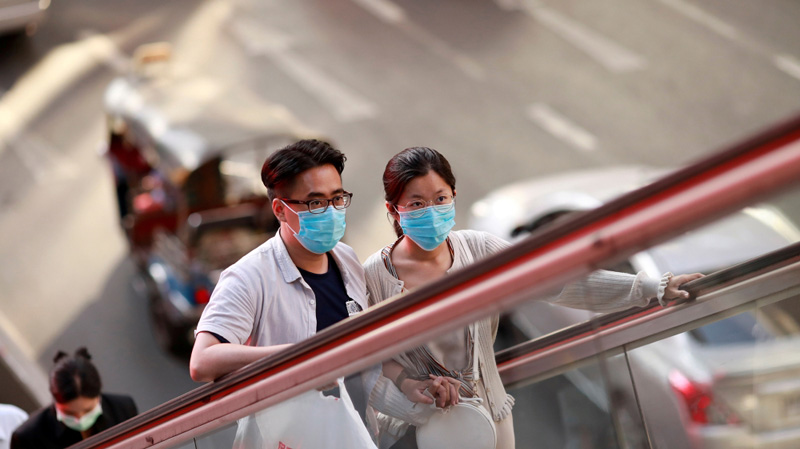 With coronavirus marching relentlessly around the world and the worldwide tally jumping to around 2.5 million people as of now, a steady barrage of accusations and threats directed at China by US, Europe, UK, Japan and even India is now being perceived as something more than just deflecting blame for the coronavirus disaster at home. While China has emerged as a reliable, disease-conquering partner for the wider world in contrast to an ‘untrustworthy’ US, international powers long hostile to China are intensely irritated that Beijing, which has sent aid to about 100 countries in the wake of coronavirus pandemic, is taking over America’s traditional global leadership role.

China has fought and conquered the battle against coronavirus beyond doubt through a multi-pronged strategy. To fight a highly infectious disease, the first and foremost task is to stop it from spreading. Therefore, China locked down virus epicenter Wuhan and immediately designated 86 hospitals to treat the disease. Within about two weeks, it built two field hospitals to offer 2,600 beds for the severely-ill. The city added another 13,000 beds in 16 public-facility-turned hospitals for people with mild symptoms.

Then came the mass mobilization. Across the country, all hands have been on deck. Medical resources poured into Wuhan and other cities in Hubei province. Factories that previously would make garments, plastics, and even tofu, shifted rapidly to mask production. President Xi took epidemic as a major test of China’s system and capacity for governance.

Timely policy adjustments were made and to keep the economy on track, Beijing rolled out policies to ensure agricultural production, facilitate business operation and employment with specific measures, also unveiling a new policy to support foreign trade and investment.

Domestically, officials handling the outbreak faced constant scrutiny from the public and were pressured to make good on the promise to keep the people safe. On the international stage also, Chinese authorities coordinated response with the global community. Since no one knew how to treat the new disease, President Xi called for accelerated development of testing kits, antibody medicines, vaccines, diagnosis, and treatment plans to defeat the monster as soon as possible.

Whenever there is a disaster, we tend to look for someone to be held accountable. But this time, it seems that the US-led anti-China forces have got the wrong one. The reason US and so many other developed nations in Europe are one of the hardest-hit countries by Covid-19 is not because of what has been called by some as China’s ‘cover-up’. But it is definitely because they delayed response when there were warning signs from the outset.

On January 23, Wuhan, a city of 11 million people, was put under lockdown, as part of a nationwide battle against the new virus. Western nations knew this was a serious problem.

They knew what was happening. China wasn’t covering up. In fact, Beijing let the genome of the Covid-19 virus be recognized internationally as soon as it was known within China. So why these nations who are now baselessly accusing China did not get prepare? Sadly, they lost a critical window, a window that could have been used to produce more qualified testing kits and other medical supplies and plan a more coordinated strategy. China entered an uncharted territory and started the battle on its own. However, other countries had a choice. The countries who now accuse China of being responsible for the pandemic are the very same ones who played it down in the first place.

Amid this global crisis, Pakistan-China brotherly nations have seen a new high. Pakistan’s historic decision to offer all-out support China after outbreak of coronavirus in Wuhan was very well received by the Chinese leadership as well as its people. President Dr Arif Alvi’s visit to Beijing to express solidarity with the Chinese people in the middle of the fight against coronavirus gave a new dimension to the brotherly relations between the two friendly neighbors. Pakistan also sent all available medical supplies to China to help the neighborly country fight the monster. Pakistan also decided not to pull out its 28,000 students studying in different universities there, asking them to work together with the Chinese people to overcome the difficulties. Many of Pakistani doctors also volunteered to serve at hospitals alongside the Chinese medical personnel.

The Chinese brothers virtually ‘returned the drop of water with a burst of spring’. When the pandemic started hitting Pakistan, China was the first country coming to the rescue. Beijing not only sent a high-level Chinese delegation of medical experts to Islamabad to provide critical advice and support in the battle against coronavirus, it also provided a huge quantity of medical supplies and personal protective equipment as well as cash grants for coronavirus treatment arrangements in Pakistan.

On the diplomatic level, Pakistan has openly supported China over its measures to contain the deadly virus and repeatedly reiterated its all-possible assistance to Beijing in response to the epidemic. Pakistan has also strongly rebuffed the baseless propaganda campaign unleashed by the US-led group of anti-China forces. China and Pakistan have special brotherly relations and this ‘iron brothers’ relationship has best embodied when they are encountering a monster.

The US-led group of anti-China forces can still seize the opportunity to treat more people, instead of sparing no effort to bash Beijing for their vested interests.