Babar Azam says the break might makes him rusty, but he can’t forget the basics 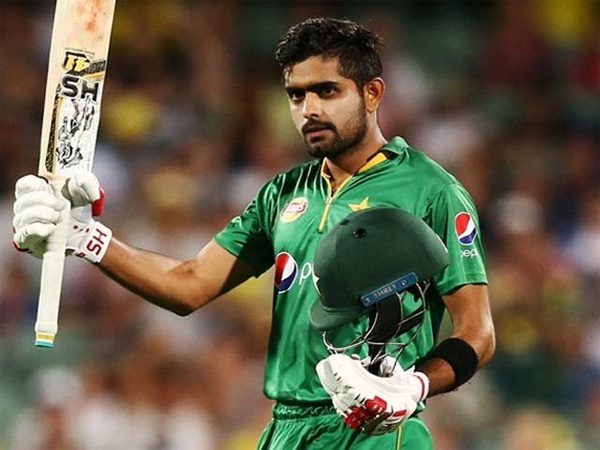 LAHORE: Babar Azam has slowly but steadily become one of the best batsmen in the world, an automatic pick in all three formats for Pakistan, and says that his improvement has been down to working on his mindset, not being complacent, and having a clear idea about his game. His maiden Test century came only in November 2018, against New Zealand in Abu Dhabi, and he has averaged 64.35 in Tests since then, and in the last 12 months he averages 102.50 from five outings, with four centuries. At the same time, his average and strike rate in ODIs have gone up from 51.92 and 84.38 respectively to 58.57 and 92.20, and while the T20I average has dipped from 56.56 to 46.58, his strike rate has improved from 125 to 134.

“Mostly I worked on my mindset, the way I go about my game and also when I am not playing,” Azam told ESPNcricinfo. “I used to become complacent easily if I performed well. I used to have a negative thought process and that’s the area I realised I had to cover. Apart from playing and training, there are elements outside the game as well that needs to be addressed, you need to control them to have a better grip on the game. The more I am in control, the better I can drive my innings. Now, a good performance doesn’t make me happy, instead I push myself to go further and try to expand my game.”

That has helped Azam get into the top five in all three formats in the ICC rankings for batsmen: No. 5 in Tests, No. 3 in ODIs and No. 1 in T20Is. “I have got a chance to reflect on what I have done so far. I am analysing myself and I am watching videos of my batting and trying to see what I did when I played well, and how I could have done better – breaking down my failures and understanding what went wrong and how to get it right”

“I have stopped thinking that my work is done if I perform, even if the team loses the game,” he said. “I don’t want to prove anything to anyone, what I am doing, how I am playing and how big is my role. It’s easy to perform, go back, and be happy. But now I have told myself that whatever I do is for the team, and that is more relevant and important. My work isn’t done if I score runs. If you perform in a win, it actually makes you happier inside. It took time, but I sat and spoke to positive people, started asking questions, and answers that have helped my conscience.”

With cricket having come to a standstill because of the Covid-19 pandemic, players have had to get used to the new normal of being at home, not playing, and waiting for things to change. The PCB has given its cricketers detailed fitness guidelines, customised to account for lack of gym equipment, so they can stay in shape. Azam, however, has converted a spare room in his house into a small gym because, as he said, if the break gets extended, he would start feeling rusty. His last competitive game was on March 15 in the PSL for Karachi Kings, and he has been using the time off to analyse his game.

“I have got a chance to reflect on what I have done so far. I am analysing myself and I am watching videos of my batting and trying to see what I did when I played well, and how I could have done better – breaking down my failures and understanding what went wrong and how to get it right,” he said. “So, while playing you might not be able to do in-depth analysis of your game, so the footage is helping me.” That said, he hasn’t discovered any major flaws in his game. “But sometimes, you make mistakes that can be avoided,” he said. “I grew up learning from my elders that you are your own best coach. It’s not about the flaws, but how not to make mistakes in crucial moments. It could be a small thing in your process: footwork, my bat angle, timing… these are the things in your mind, and just a minor delay in any of them can go against you. So you just reflect and come back and practice to achieve perfection.”

While Azam anticipates the rhythm of every player to be affected by the lack of cricket, he expects everyone to come back hungrier. For his part, Azam has been playing tennis-ball cricket with his brothers in the car park at home, not thinking about the Covid-19 situation, which isn’t really in his control. “It’s really difficult to live without playing cricket for me,” he said. “I had a set routine and I was all into it with daily practice, hitting the gym, fielding, training and fitness, and now there’s so much uncertainty. Everything is shut down, you are missing your routines, but you can’t do anything about it. As a batsman, you don’t have that satisfaction until you have a bat in your hand and you are middling the ball. So I am just staying positive, getting the pleasure of batting with tennis-ball cricket with my brothers in the garage. Gym training is helping me stay fit, that’s something I can do from home. But if the break goes on, it can make me rusty, but I can’t forget your basics. You must believe in yourself, the hard work I had put in to become a good batsman. You have to have confidence in yourself. It might take some time to regain the rhythm, but the base is there, and inshallah I will be the same Babar Azam you saw a few weeks ago.”