KARACHI: A Stark drops in income have pushed many families into poverty during lockdown.The fear of going hungry suffered hundreds of thousands workers and their families from mental anxiety across the country

Muhammad Farooq, a petty retailer of karachi waits daily, hoping when he would be allowed to open his Panshop.

Farooq, a micro shopkeeper, has not earned a rupee in more than a month as country battles an outbreak of the coronavirus that has seen more than 5,497 people infected, forcing a countrywide lockdown. “Hunger will kill us before the virus does. says the 46-year-old man. “I am a sick man, I had diabetic many years ago, and am still suffering.” 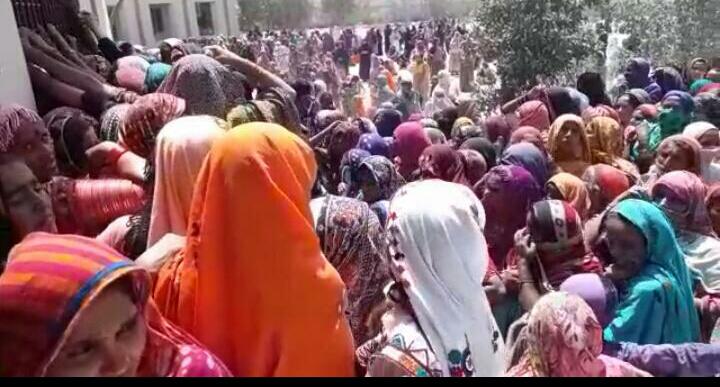 The 29-year-old Allah Rakha, a barber, lives in a single rented room, has finished his last savings on past Saturday. He does not have anything left to survive more.

Qari Ali Joher,  a member of Burmi community Kornagi used to go outside to teach children Quran, he has not been able to go due to the lockdown. The 31-year-old says his family, including his wife and three children, have not had a proper meal in a week.

Not just these individuals but hundreds of others who also have been waiting for their work to be opened, because they don’t have enough food stock to survive more.

According to survey of different parts of province people complain that the government, although , has announced financial assistance to low-income earners and Coronavirus affected but they literally are left alone to fight this pandemic. “Many of us are already starving, while others have shifted to eating one meal a day or resorted to cutting down their food intake and we are struggling with both hunger and coronavirus at the same time,” People said.

After watching the miseries of their starving families and losing hope in life, the three men allegedly committed suicide. According to reports labourers in Khaipur who were deprived of their daily earning in the ongoing lockdown have all ready committed suicide. 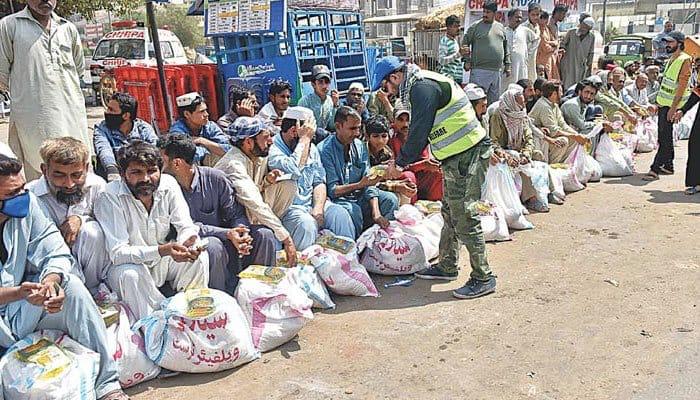 Responding on said attempts advisor to CM Sindh, Murtaza Wahab calls it a global issue instead of a political matter. He says, “ It’s a sociological problem which needs to be addressed psychologically while the advocate general Sindh Barrister Zameer Ahmed Ghumro said Sindh and the federal governments are trying to control this type of damage.

According to a World Health Organisation (WHO) report, around one million people commit suicide around the world annually, meaning that every 40 seconds, one person loses his life. According to a survey, 81 per cent of those committing suicide belonged to lower income group.

According to International Labour Organization (ILO), Every year, an estimated 100 million people fall into poverty as a result of catastrophic health expenses.

This means income support measures broad enough to cover the most vulnerable workers and the enterprises that employ them.

He mentioned Italy as example that extended income support (80 per cent of the gross salary) to workers in enterprises with financial difficulties, to all economic sectors and to enterprises with less than 15 employees, which are normally not eligible. Lump-sum income compensation is also provided to the self-employed and external collaborators.

Similarly, Spain is providing income support for the self-employed, members of cooperatives and workers whose employment has been temporarily suspended, even if they would not have normally received unemployment benefits.

In developing countries, informality and limited fiscal space add to the difficulties. However, income support could be extended through non-contributory social security schemes or existing cash transfer programs. Support could also be offered temporarily to informal enterprises. added Economist.

Experts have a wider concern that a slowdown in economic activity would knock people’s daily wages off. They says,  work has already dried up with the current level of restrictions and lockdown is also necessary to control virus outbreak. However, Government too needs such equitable and inclusive policies to be taken care of them as well.