Pakistan’s economy and impact of COVID-19 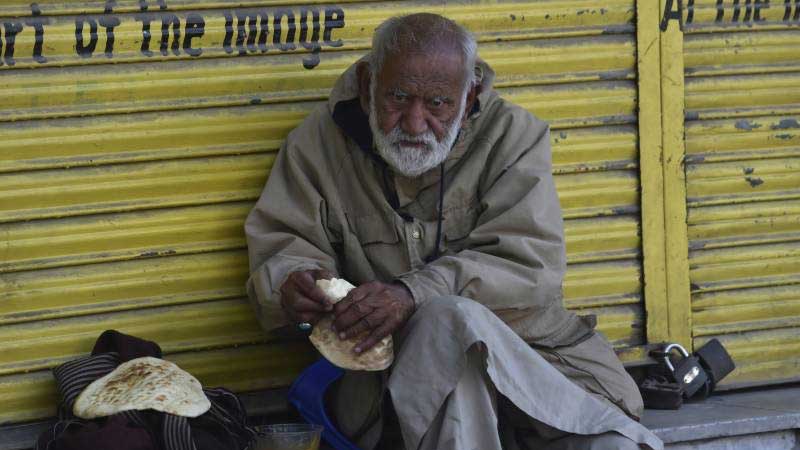 What started as a small viral outbreak in Wuhan city of China has now engulfed the whole planet. All those who had any false hope and misconceived notions of containing this are now in shock. The world has come to a standstill. The COVID-19 outbreak is now a global event that is affecting every human being alive as of today. China suffered to contain the virus from December and has been declared cleared of the virus after 5 long months. South Korea and Singapore have also been competent enough to control the spread, but many other countries like Italy, France, Spain and the United States have not been so fortunate. This incident is more catastrophic than the Second World War. As the developed nations of the world are facing the full brunt of the disease, developing countries are yet to arrive at the point where they are overwhelmed. Pakistan is on the brink and there is a tight rope in front of a weak economy. The year ahead is perhaps the most formidable challenge the country has faced, and one that will require resilience, competence and discipline, the other side of the equation, if we fail, is worse than our darkest nightmares.

In the analysis of the matter at hand, there is a need to comprehend the fact that there is no treatment available for the virus COVID-19. It is highly contagious that spreads from person to person through droplets in the air or when a person comes into contact with surfaces that have been touched by a Corona patient. As of today, over 1.4 Million have been infected and there have been over 85 thousand deaths worldwide. Pakistan was introduced to the virus through travellers coming in from countries like Iran initially, and then there have been reports of migrant workers and personnel coming to Pakistan from Middle East and Europe. Pakistan as of now, has over 4 thousand cases and under one hundred deaths which are increasing daily. According to experts, this is just the incubation period of the spread of the virus and the full blow of the infection is yet to felt. The only way to limit the spread of the virus is through social distancing, which can only be achieved from lockdown of cities and villages alike. If a lockdown is not initiated, there is a risk of massive infection rates which can overwhelm the health infrastructure resulting in huge loss of lives. On the other hand, lockdowns tend to suffocate the economy in a number of ways. The economic fall-out is able to cripple the economy and it threatens the livelihood of the poorest segments of the society. It’s a split decision and a delicate balance of controlling the virus while not destroying the economy in the process. It would be pertinent to thrash the facets of the negative impact on the economy from the COVID-19.

The implications for the financial system from COVID-19 can be bifurcated into two broad areas. First is the International and external impact. Corona Virus has primarily disrupted the Global Value Chain also called GVC. It means that the movement of imports and exports has been disturbed. Exporters from Pakistan are unable to process their orders and the payments from previous orders have also been halted in most cases as businesses abroad, mostly in Europe and the U.S have been shut down. Movement of goods and cargo is also blocked making it extremely difficult to maintain the flow of business. Conversely, imports cannot be completed as lockdowns have shut down every major city in the world. People are not coming to offices and Governments have ordered to work from home. This model can work for IT and service based companies but trade involves tangible goods, which cannot be handled without human presence. There are a huge number of private companies in Pakistan that heavily rely on imports for running successfully. Commercial importers will suffer from delays or complete stoppage of value chain while industrial importers will have to stop production because of non-availability of raw material. After the initial grace period, the shortfalls in revenue will result in salary cuts and then finally, job losses. According to PIDE(Pakistan Institute of Development Economics), there will losses of jobs in the millions, particularly for semi-skilled and daily wage earners. Around 2.4% of the Annual GDP will be lost due to COVID-19, which is enough to send the country into a spiraling recession.

Secondly, on the internal side, the closure of schools, offices, factories and markets will hit the small and medium businesses. There is a possibility of mass bankruptcies. As the middle and lower income groups struggle to earn enough income to feed themselves and pay for basic necessities, which can result in hyper-inflation, joblessness and complete collapse of the economy. The Prime Minister of Pakistan realized this scenario and has taken considerable criticism for not implementing a complete lockdown of the whole country. In his words, we are faced with two challenges, Corona Virus and its economic impact on the poor segments of the society.

The Government of Pakistan has taken a number of steps to tackle the oncoming hurricane of challenges. The idea is to take on the economic impact through stimulating businesses in the urban cities and agriculture in the rural areas. A massive plan of around Rs.30 Billion has been unveiled for the construction industry in particular. Tax exemptions and relaxations regarding source of income have been announced for investments. Naya Pakistan Housing Scheme is set to launch a comprehensive plan to engage daily wage workers. These are stimulus packages for the economy from coming to a stand-still. Similarly, relief efforts are being beefed up with cash hand-outs to the poorest of families. Around 10 million families are being given subsistence, for those who have been directly hit by the virus and the lockdowns. The Prime Minister has announced a tiger force as a volunteer body for supplying food and basic necessities to poor families. Approximately 7 hundred thousand have already enrolled. A national relief fund for donations has been created to cater to extra expenses that are being incurred by the Government to fight the COVID outbreak. The Government of China has been engaged to assist in financial as well technical matters. 500 ventilators have been delivered to hospitals across Pakistan and more are on their way. Extra facilities like expo centers are being converted into quarantine centers for corona patients. As per section 245, Army has been called to take part in the fight against Corona and controlling its spread across Pakistan. A national command and control center has been created to co-ordinate the response to COVID-19 cases in their quarantine and contact tracing. It is similar to preparing a wall before the flood, with the hope that it is able to withstand the impact.

According to the World Bank, Pakistan is among the highest charity giving nations in the world and with one of the youngest populations, Pakistan and its economy needs both of these to rise above the onslaught of this deadly virus. Our lives and our livelihood are at stake during this time of global challenge, perhaps the most arduous challenge ever. Everyone needs to pitch in to rescue each other from this ordeal. As said by a Pakistani guard in an interview to an International TV Channel, “we are not rich but we have big hearts and with it, we will defeat Corona Virus”.