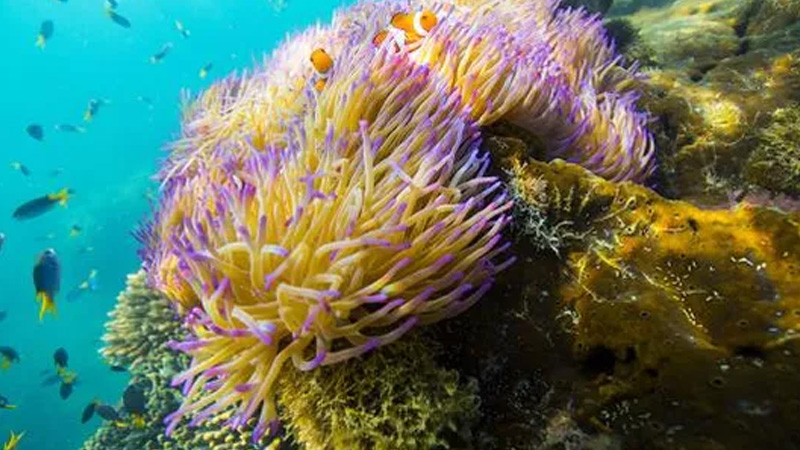 Australia’s Great Barrier Reef has suffered its most widespread coral bleaching on record, scientists said Tuesday in a dire warning about the threat posed by climate change to the world’s largest living organism. James Cook University professor Terry Hughes said a comprehensive survey last month found record sea temperatures had caused the third mass bleaching of the 2,300-kilometre (1,400-mile) reef system in just five years. Bleaching occurs when healthy corals become stressed by changes in ocean temperatures, causing them to expel algae living in their tissues which drains them of their vibrant colours. “We surveyed 1,036 reefs from the air during the last two weeks in March to measure the extent and severity of coral bleaching throughout the Barrier Reef region,” Hughes said. “For the first time, severe bleaching has struck all three regions of the Great Barrier Reef –- the northern, central and now large parts of the southern sectors.”