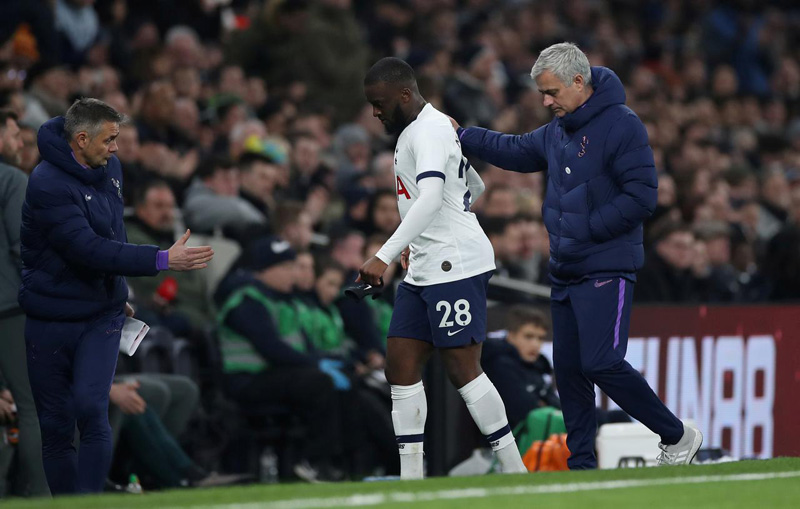 LONDON: Tottenham Hotspur have told their players to respect the government’s social distancing guidelines after several squad members were pictured training in a London park, the Premier League club said on Wednesday. Manager Jose Mourinho was photographed in an outdoor training session at Hadley Common with France midfielder Tanguy Ndombele despite government rules that you can only execise alone or with members of your household due to the COVID-19 pandemic. Colombia entre-half Davinson Sanchez and England Under-21 full back Ryan Sessegnon were filmed by passers-by running together through the park. “All of our players have been reminded to respect social distancing when exercising outdoors. We shall continue to reinforce this message,” a Spurs spokesperson told British media. Mourinho issued a statement later on Wednesday saying he had violated guidelines issued by the government. “I accept that my actions were not in line with government protocol and we must only have contact with members of our own household,” the Portuguese manager said. “It is vital we all play our part and follow government advice in order to support our heroes in the NHS (National Health Service) and save lives.” The Premier League was suspended last month because of the pandemic and the government has asked the public to stay at home to help slow the spread of the virus.