Plasma antibodies: an antidote to COVID-19?

Since its outbreak in Wuhan, China late December last year, coronavirus, scientifically named COVID-19, is on rampage, causing the worst global crisis since World War II. Within a short span the pandemic has infected more than one million, resulted in fatalities numbering 50,000, and switched almost all activities around the world to an unprecedented halt. Since its apocalyptic outbreak, scientists and researchers around the world are engaged in all-out efforts to come up with an antidote of the virus to ward off the catastrophe. 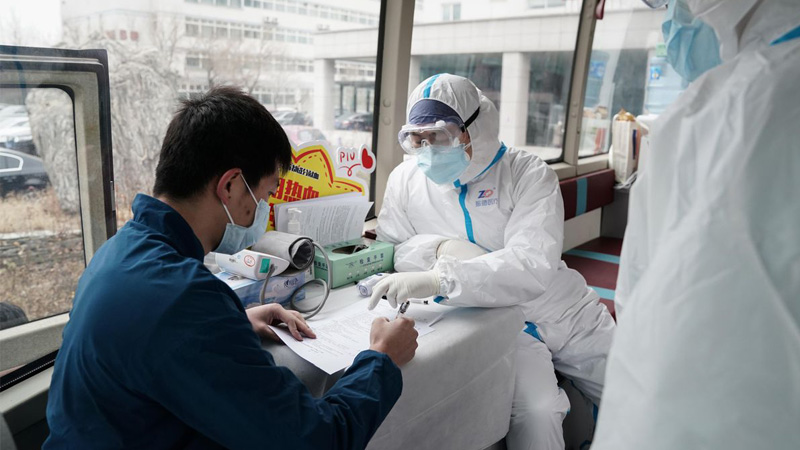 Though there has since been no or little development as vaccine for the same may take some time, the encouraging results of the recovery of the virus affected patients in China and elsewhere and rising hopes out of some treatment modalities in trail are silver linings in desperate clouds. Among the treatment modalities in trail, the one with plasma antibodies extracts of recovered patients is the most talked about and tried in the world these days. Termed as convalescent plasma, it involves infusing patients with anti-bodies rich blood plasma of the recovered patients. This idea is based on an immunisation mechanism termed Artificial Passive Immunity.

The science behind this modality is that patients who recovered from a particular viral infection might have done so by developing strong immune reactions to the invading pathogen. In reaction to a viral infection, body develops antibodies-specialised proteins produced by B lymphocyte immune cells to encounter the infecting virus. These antibodies identify and stick to the surface proteins and, subsequently, deactivate the virus before it penetrates the body cells to multiply. Antibodies formed against invading pathogens are specific to that microbe. Once antibodies overcome the specific microbial agent, the composition and makeup of same is also memorised so that in case of future attack by the same pathogen, antibodies instantly recognise and neutralise it.

The application of the plasma technique of treating ailments is not particular to Covid-19. The first use of this technique was that of a therapeutic serum in treating diphtheria in 1891 by Emil von Behring, which later on earned him the Nobel Prize in Medicine. The same was used for decades or so in treating various infectious diseases like influenza and Ebola. The techniques had resulted in inconsistent outcomes when applied against viral infections of MERS, SARS and H1N1 influenza. Some patients showed improvement while others didn’t at all. Doctors and health experts are clueless about the inconsistencies in results of the plasma therapy.

The use of the convalescent plasma technique in COVID-19 involves injecting the patients with the coronavirus survivor’s blood plasma (which is rich in antibodies specific to coronavirus) to help them fight and develop defence against COVID-19. Though the success or otherwise of the convalescent plasma technique in treating a coronavirus patient is in experimental stage, the outcomes from trails being undertaken around the world are encouraging.

Shangen Zheng, a military doctor from China, has claimed that he along with his team has successfully treated 10 patients with plasma. Data from other patients is being analysed. In Israel, 132 patients have completely recovered with plasma therapy. A research carried out by Xiaoming Yang and his colleagues at National Engineering Technology Research Centre for Combined Vaccines in Wuhan, China, has claimed that after six days of infusing anti-body laden plasma from COVID-19 survivors, no virus was detected in 7 out of 10 critically ill patients. The recovered patients have also shown no side effects.

“If you passively infuse someone who is actively sick, the antibodies may temporarily help a sick person fight infection more effectively and get well a little bit quicker”

Pakistan too has started the plasma technique, with initial promising results in a couple of patients. This is a much needed and a big leap forward given Pakistan’s crumbling healthcare infrastructure and economy.

Beside the worldwide trails, the plasma technique has also earned approval to be used as an antidote for critically ill patients. US Food and Drug Administration has given the approval to use plasma from recovered patients as the emergency treatment of serious patients.

As the convalescent plasma therapy offers hope, it also presents challenges. The first and foremost is collecting enough “hyperimmune” donors for the quantity of plasma required to treat the burgeoning number of patients. This is going to be an uphill task as donation of blood plasma from survivors is chiefly volunteer based; many a recovered patient may shy away from it. Among volunteers, many would be disqualified for being carriers of diseases like hepatitis, AIDS or proteins that could cause detrimental immune reactions to the recipients.

Two things can help in this regard. Firstly, the large number of recovered patients in China can serve as “plasma pool.” Secondly, plasma antibodies could be availed via biotechnology; horses exposed to the strains of COVID-19 produce antibodies in a quantity large enough to treat three patients.

Another challenge would be about the effectiveness of antibodies: how far and effectively a donor’s antibodies fights the virus. As not all antibodies are equally efficacious in dealing with the virus, finding volunteers with effective antibodies rich plasma is even more challenging.

Challenges and risks notwithstanding, the convalescent plasma therapy seems to be the only available option and hope at the time when the pandemic is playing havoc and growing exponentially across the continents. Even if it may not emerge to be a complete success, it may temporarily provide patients the tool to fight the infection. Dr Bruce Sachais, Chief Medical Officer of New York Blood Centre Enterprises says, “The thought is that if you passively infuse someone who is actively sick, the antibodies may temporarily help a sick person fight infection more effectively and get well a little bit quicker.”

It would help bring down the severity of infections among carriers and reduce if not halt the pace of patient’s deterioration to the level of requiring ventilation. It would help improve the plight of critically ill patients, assist in vacating ventilators, reduce mortality rates, and relieve burden on the collapsing and limited global healthcare infrastructure. Even if it does not lead to a major breakthrough toward the development of an antidote, it would certainly prolong patients’ ability and immunity to fight the virus until a vaccine is developed.