Causing tens of thousands of deaths, COVID-19-also known as the novel coronavirus-has become a global pandemic within a couple of months. This perplexing pandemic has sent the world economy spiraling downwards. This can be corroborated by IMF reports that have predicted negative growth for the world economy this year and thus a deep recession in the days ahead. The consequent economic slump would be more severely felt in the developing world where its repercussions would not only be limited to the economic sphere but would also extend to the socio-political domain.

Pakistan being the fifth most populous country in the world with an estimated population of 220 million, massive unemployment, rampant poverty and a debt-ridden economy is especially susceptible to any economic shock as a consequence of coronavirus. A disastrous economic storm is the perfect recipe for social unrest which can potentially jeopardize peace, stability, law and order in the country.

Pakistan has been in a state of lockdown-a measure deemed crucial for stemming the spread of coronavirus-for several weeks in various parts of the country. This means that daily wage earners are deprived of their essential income indispensable to make both ends meet. “If we don’t die of the virus, we will die of hunger” remarked a daily wage labour in Islamabad. Additionally, a lot of people across the country are self-employed or work in the informal sector – they only have modest reserves that will soon run out if the lockdown persists.

Furthermore, according to Dr Nadeem Ul Haq, Vice Chancellor Pakistan Institute of Development Economics (PIDE), 50 to 60 million people in Pakistan already live below the poverty line and the figure is projected to touch 125 million due to the coronavirus. Prime Minister Imran Khan has already announced relief initiatives for the vulnerable segments of the society that include, inter alia, economic relief and stimulus package of approximately Rs1.2 trillion and establishment of Covid-19 Relief Fund. However, faltering under the conditions imposed by IMF, the state cannot afford to feed millions of poverty-stricken and jobless people indefinitely.

There is a grave risk that these poor, unemployed and possibly hungry people would soon be compelled to breach the lockdown and take to the streets, resulting in clashes with the law enforcement forces. News is already beginning to emerge indicating unrest in several countries. For instance, there have been instances of pervasive human rights abuses being committed in parts of South Africa where the security forces have resorted to using rubber bullets and water cannons to enforce the lockdown. Given the fragile socio-political landscape of Pakistan, extreme measures to enforce the lockdown may prove to be counterproductive and may further erode public confidence in the government.

People in this part of the world are not as much afraid of the virus as they are of looming hunger, impoverishment, unemployment, and despair. Pakistan could potentially be sitting on a time-bomb that might explode at any given day leading to tensions between hungry masses and the law enforcement agencies. Moreover, it must also be noted that due to the important geostrategic position of Pakistan, any socio-economic fault line could pave the way for non-state actors and regional proxies to exploit and exacerbate the situation. In this context, the possibility of violence on the streets of Karachi, Lahore, Rawalpindi, and so on cannot be ruled out. Any such development would not only be a major blow to the efforts being taken to contain the virus but may also snowball into the most serious challenge engulfing the incumbent government.

On the flip side, the government is compelled to impose widespread lockdown to curtail the transmission of the virus and avoid overburdening the fledgling health sector. But, in order to insulate the country against social unrest and anarchy, robust measures should be taken. For example, social security nets for the poor and vulnerable ought to be in place.

The intractable situation demands difficult decisions to be taken in a delicate manner. The state has to strike a balance between curtailing the spread of the novel coronavirus and protecting livelihood of the poor in a sustained manner. This remains an uphill task and thus the PTI government, which has already been on a topsy-turvy track, will be further tested in the days to come. 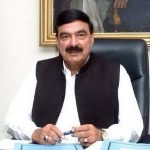 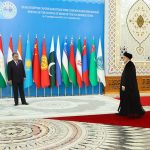