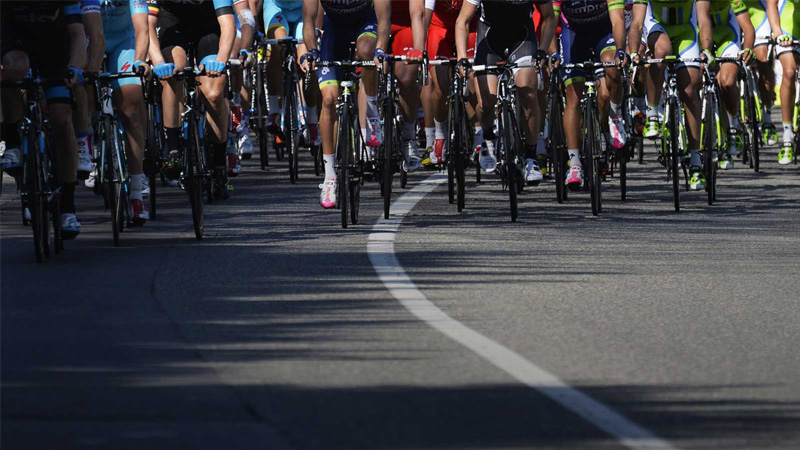 BRUSSELS: Belgium’s famed Tour of Flanders cycle race went virtual on Sunday after being postponed due to the coronavirus pandemic, with 12 cyclists pedalling it out in isolation on stationary bikes hooked up to a video-game recreation of the Belgian countryside. Complete with roadside advertising and virtual spectators waving flags, the avatars of the Tour of Flanders were carried on Belgian television with live commentary, complete with camera shots of competitors in their homes cycling the shortened virtual course for rival red and yellow teams. “When I heard about this idea, I thought it was a joke,” Zdenek Stybar, a professional road racing cyclist from the Czech Republic, said in a pre-race interview. Racing in full cycle gear and sweating from home, Belgian Greg Van Avermaet won the first ever virtual Tour of Flanders, which is normally the second of five “Monument” classics in the season including races in France and Italy.

“Yesterday evening I was a bit panicked, but it was fun to do it, I think we had a good time,” Van Avermaet said after his victory. The race was 32 kilometres long, instead of the usual 260, and involved 12 riders instead of 175, taking an hour for a competition that usually lasts six. Cycling is a favourite pastime in Belgium, and the authorities have been debating whether curbing it is necessary. Under lockdown, Belgium has suffered 1,447 deaths due to the coronavirus, with almost 20,000 confirmed cases of people infected, according to the latest figures.