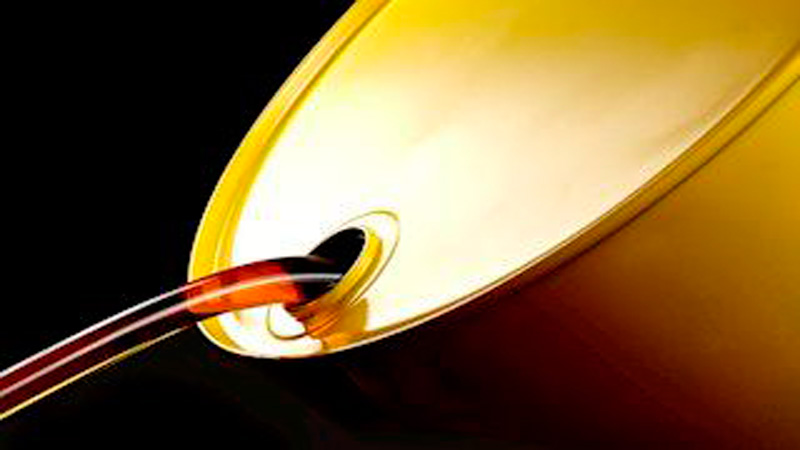 The poor residents of far-flung areas of Dadu and Jamshoro districts on Wednesday appealed to the high-ups of five multinational companies exploring oil and gas in their environs to announce some relief packages and start distributing ration bags among them in this time of hardships when coronavirus has restricted them to their homes.

The unprivileged and downtrodden masses of the desolate areas of Kachho, Kheer Thar ranges and different small and big towns and villages situated specially at the western part of the district are leading a miserable life because they mainly depend on trades of cattle, sale of grass in the markets, daily wages and porterages.

Despite demands of provision of aides made by the lowly inhabitants, the high-ups of five leading multinational companies exploring oil and gas at five different locations of Dadu and Jamshoro districts turned a deaf ear to the supplication of poor people of these areas and no any company head earning in dollars came up with ration bags, essential food items and some financial assistance.

The inhabitants while talking to this correspondent said that they were fully implementing the announcement made by government of Sindh regarding lockdown and had been staying at homes since the very first day but the authorities did not look after them by providing them with essential food items.

They added that their families were prey to starvation and the small kids slept with hungry stomach every day.

On the other hand, the district administration of Dadu and Jamshoro also did not make the efforts to transport rational bags to the people of these deserted areas; in spite of the fact that the government of Sindh has already released funds of worth Rs 20 million each for the assistance of the deprived folks of both the districts.

The neglected youths of remote taluka of Wahi Pandhi, Dadu, took to social media and launched a massive campaign against the lukewarm response of the heads of Polish Oil and Gas and other companies who seem reluctant to help the local people living beside the base and camp offices of these companies at Karo Koat of Kheer Thar ranges.

“These companies are earning millions of rupees daily and they give much amount to the local chieftains of the areas but the high-ups do not come forward to helping us in these tough times of COVID-19”, read the comments of Aijaz Ali, Muhammad Aslam while over 500 youths agreed with the post.

Another young resident Arbab Rustamani took to face book and posted that the multinational companies were giving much amount to tribal chiefs every month as extortion money for safeguard and protection of their installments but they seemed unenthusiastic and indisposed when it came to the poor people to be assisted. His post earned more than 1700 likes, 750 shares and over 200 comments.

One of youths Abid Ali Shah said that the Polish Oil and Gas Company was getting almost 49 million cubic feet gas (super gas having best quality in the country) per day from eight wells located at various places in Karo Koat of Kheer Thar Ranges in Taluka Johi, despite, no financial package and provision of essential food items have been announced so far despite requests to get back to them.

He said that Tando Rahim Khan, Sawro, Chhnii and Johi towns and their adjoining areas located at Kachho belt at western belt of Dadu district, were facing complete lockdown and the livelihood of people remained suspended.

“We have not received anything from the leading Polish Oil and Gas Company so far while the district administration could not reach us up to now. We are compelled to sleep drinking mere water every night”, said Abid Ali Shah in disheartened way.

Another resident of Wahi Pandhi comrade Basaruddin Rustmani said that the local communities were living below poverty line up to 72% in the belt of Kachho desert and Kheer Thar ranges mountains while the lockdown had added fuel to fire in their deprivation and doubled their pains.

He feared that the people of these areas will die from starvation before the proliferation of coronavirus (COVID-19) if they did not receive food items in due course of time adding that they had been on starvation for the last eight days.

He said that the Polish Oil and Gas Company was earning billions of dollars annually from its production but its focus towards social responsibility was zero in areas adding that the multinational organizations were bound internationally that they will be spending some money to ameliorate and improve the lives of the people living in the surroundings.

Simultaneously, the people of Johi also took to social media and making entreaties to the heads of OPPL-Orient Petroleum Pakistan Limited to provide them with the relief and perform their social responsibility under the global standard and guidelines.

“We need ration and other food items, if the company did not practically start distributing ration among the communities of Johi town and its adjoining areas, we will stage protest against the company”, said a youth, Muhammad Ali Narejo.

A renowned social activist, resident of Johi town Pir Bux Babar in his twitter post said that OPPl- Orient Petroleum Pakistan Limited had main camp located at Zamazama gas field near Chhandan town of Taluka Johi while the company was exploring oil and gas at different places in Talukas Johi and Dadu but it never lent a hand to the people of the areas in the time of difficulty.

He said that the company was getting around 22 million cubic feet gas per day from its 9 wells located at both the talukas of Johi and Dadu.

He said that the people of Johi were passing through the difficult phase of their life owing to lockdown but the OPPI Company officials were neglecting them and they had not kicked off any relief work even in its jurisdiction despite the fact, the company was earning billions of dollars annually from its production.

Similarly, a resident of Faridabad, Taluka Mehar Muhammad Ali Brohi in his twitter message complained that UEP-United Energy Pakistan exploring the oil and gas in Faridabad alongside the border of Qambar- Shahdadkot and Dadu districts, but it did not fulfillment its social responsible by looking after the local people living around.

He said that the families were running short of food items due to lockdown in the Faridabad town and its adjoining areas located between the border of Dadu and Qambar-Shahdad Kot districts adding that the district administration was also in deep sleep rather lethargy.

Another resident of Mehar Azam Kandhro speaking with this reporter told that despite their applications submitted to the officials of UEP-United Energy Company seeking gas in the area regarding provision of ration bags and other food items, no progress had taken until now while it was earning millions of rupees on daily basis.

He said that the situation at Mehar, Radhan, Fareedabad, Mado, Gozo, Radhan, Thrari Mohabbat, Nau Goth towns of Dadu district was worst while the people were resorted to starvation and famishment.

DC Dadu Raja Shahzaman Khuhro while talking to this reporter said that he had officially written down letters to the heads of the multinational companies of oil and gas working in Dadu district to contribute in the noble cause of distributing ration and food items to the downtrodden people residing in the vicinity in this crucial time but they did not get back to him so far.

He said that he had requested all the multinational companies exploring oil and gas in far-flung areas of Dadu district to donate at least 300 ration bags each on urgent basis to district administration so that he could distribute the same among the poor people.

He said that no any company earning billions of dollars, had extended cooperation with the district administration as yet, the lukewarm response of the officials of these companies was disappointing.

He claimed that only 200 bags of ration were provided by Polish Oil and Gas Company which had been distributed among the masses of the concerned areas.

“But it is inadequate. We are looking forward to getting more ration bags from the company. I will again approach to these companies to contribute at least for the noble cause. It won’t go wasted”, the deputy commissioner said.